She says that early screening will help to tackle cancer and fibroid cases among women. 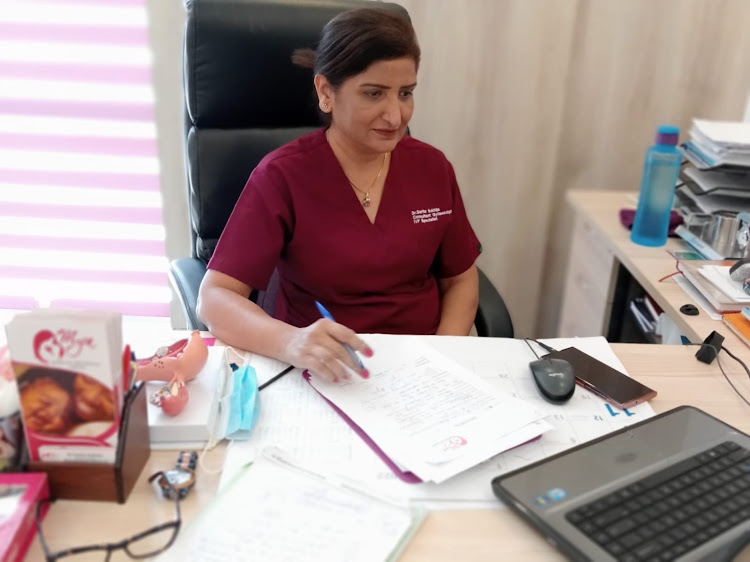 Kenyans have been urged to seek reproductive screening at early stages to reduce cases of reproductive health such as cervical cancer, fibroids, and barrenness among others.

In June 2022, Kenya's Ministry of Health, through its Division of Reproductive and Maternal Health, launched the national reproductive health policy for the period 2022-2032 to act as guiding policies and strategies to improve the country's quality of maternal and newborn health services.

In an interview with Star at her office, Dr Sarita Sukhija, an obstetrics and gynaecology and a fertility expert at Myra IVF Clinic in Parklands, said that the Ministry of (MOH) should create more awareness about reproductive health.

She said that access to reproductive healthcare for women in rural areas is a significant challenge.

She said seeking solutions should be a priority for the Kenyan government and private health sector.

Dr Sarita Sukhija has worked for more than 25 years with couples who were unable to conceive naturally.

She states that reproductive health cases are skyrocketing at a higher rate.

She noted that the most common cause of infertility in Kenya is blocked tubes.

Noting these can be caused by pelvic inflammatory diseases, which stem from unprotected sex with multiple partners and delays in treating sexually transmitted diseases.

According to the report of the Society of Assisted Reproductive Technologies, the percentage of 40-year-plus women seeking fertility treatment has increased by 80 per cent in the last decade in the country.

Sukhija said that one out of five women in Kenya battles Fibroids which reprieves them happiness noting that the burden of infertility is unevenly yolked towards women.

She added, in most cases, reproductive health diseases are treatable.

"Another issue that is seen in 40+ plus females is fibroids and it has become common," says Dr Sarita, "and this is often the issue even with young girls who are still studying in Universities".

Dr Sukhija advises young women in their early or late thirties who are not ready to get babies now, especially due to their careers, to freeze their eggs. And they can use it later in their life once they are ready to have a baby.

Young girls can check their fertility reserve by a simple blood test called AMH (Anti Mullerian Hormone )and a transvaginal ultrasound which is available at Myra IVF Center.

“We freeze the eggs/embryos for the ladies battling Fibroids at a young age for use at later date (to prevent the delay of eggs ageing), then we advise fibroids removal. And after six months of healing time of the uterus, the patient returns for the transfer of the embryo to her uterus, and we wait for a successful pregnancy to take place, “she said.

The Assisted Reproductive Technology Bill, if approved, will make surrogacy for women under 25 illegal.

It also prohibits obtaining sperm or ova from minors under 18.

Dr Sarita also revealed during the interview that early next year, the hospital will be launching Cosmetic Gynecology or Female Cosmetic Surgery services.

This will include procedures to enhance the aesthetic appearance of the vaginal region, and vaginal repairs (vagina tightening) to enhance or restore sexual functions that are degraded due to childbirth or ageing.

She further said that from February, they will start offering an introductory ART course in basic assisted reproductive technology (ART) to those in the medical field so that they can offer basic fertility services in remote areas.

• Aruasa said the hospital also contributed to the national health policy through the Ministry of Health.
News
1 month ago

All UHC health workers to be absorbed - CS Wafula

The national government contracted more than 8,550 staff under the UHC programme
News
1 month ago

Boost for Kisumu hospital after it gets Sh8m surgery machine

Avenue Hospital says the ear, nose and throat equipment will improve health solutions in the region.
News
1 month ago

Over 15,000 students graduate from KMTC

Ways we cannot only sit back and wait for the donor funding towards crucial health programmes
Counties
1 month ago
Post a comment
WATCH: The latest videos from the Star
by AMOS NJAU and @Njaumburuh
WomenWork
14 December 2022 - 20:11
Read The E-Paper