• Shofco Founder and Chief Executive Officer (CEO) Kennedy Odede said his organization will focus on youth and women empowerment programs geared towards uplifting those at the bottom of the pyramid. 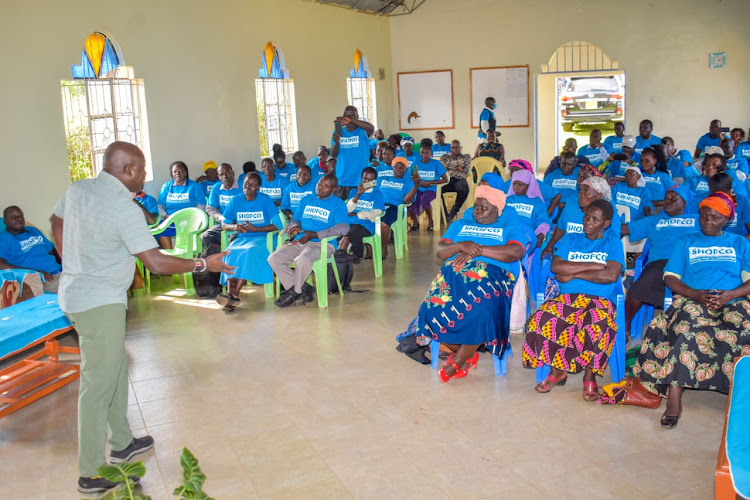 Shining Hope for Communities (Shofco) has announced the roll-out of various empowerment programs in Kisii and Homa Bay counties.

Speaking on Saturday when he visited the region, Shofco Founder and Chief Executive Officer (CEO) Kennedy Odede said his organization will focus on youth and women empowerment programs geared towards uplifting those at the bottom of the pyramid.

“We are going to do what the community wants. I’m happy that Shofco Urban Network (SUN) membership has grown in this county and people are ready for change.

“SUN has helped organized communities and I’m grateful that Kisii County has not been left behind. Beginning 2023, we will be rolling out training programs that will benefit the youth and women as we work towards empowering those at the bottom of the pyramid,” Odede told recently elected Kisii County SUN community leaders at Nyamache, Bobasi Sub-County.

Odede, who was on his maiden visit to the two counties where Shofco boasts of over 100, 000 members, also urged SUN leaders to work with the county and national governments in voicing the needs of the community.

“SUN has organized us and we now know that when we come together, we form a powerful force. We need to use that togetherness to agitate for our rights, hold government and politicians accountable and help in spearheading change down from the grassroots upwards,” the Shofco boss told newly elected SUN community leaders at Oyugis Town, Homa Bay County. 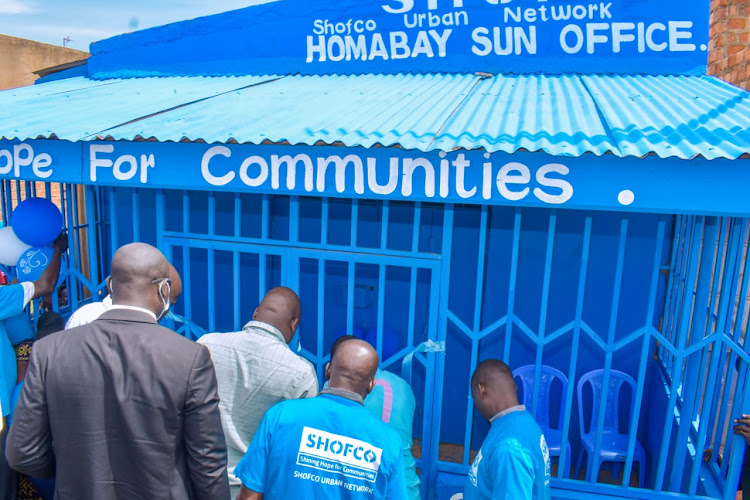 Odede July sponsored 100 students in Kisii County through his scholarship program that was targeting over 2000 students countrywide.

“I’m very in grateful to Shofco for helping me pay school fees for my child. I thank Shofco for the good work they are doing. I am calling on people in Kisii County to form groups and join SUN so that they can be helped,”  David Kerubo.

In the two counties, Shofco is also planning to launch its Sacco program which currently has 12000 members and Sh0.5 billion asset base.

The Sacco is meant for the people at the bottom of the pyramid that can save as little as Ksh300.

Ongeri said he had received assurance from the Shofco boss whom he said had a clear plan of empowering the youth in Kisii County.

“We are glad that our youth will be trained as electricians, mechanics, tailors, among other vocational skills. Together with Shofco, we are going to organise youth tournaments that will help us scout for talents in this county,” Ongeri, who is also Chairman of Football Kenya Federation (FKF) Kitutu Central, said.

“I came to learn about Shofco in 2020 at the height of the Covid-19 pandemic. I saw them helping people in Nairobi, Kisumu and Mombasa counties but what caught my attention was it aerial water piping program in Kibera. I had never seen flying water before and I was impressed,” Ochako, who is also a SUN member in Kisii, said.

Shofco started in Kibera and it has now spread to over 28 counties countrywide.