During COVID 19 over 45000 adolescent girls became pregnant in the country.

• Your Excellency,we would like to draw your attention to a pandemic that has been greatly ignored in this country on a number of occasions.

• Gender Based Violence has become rampant in our country and most issues are swept under the rug and dismissed due to one reason or the other. 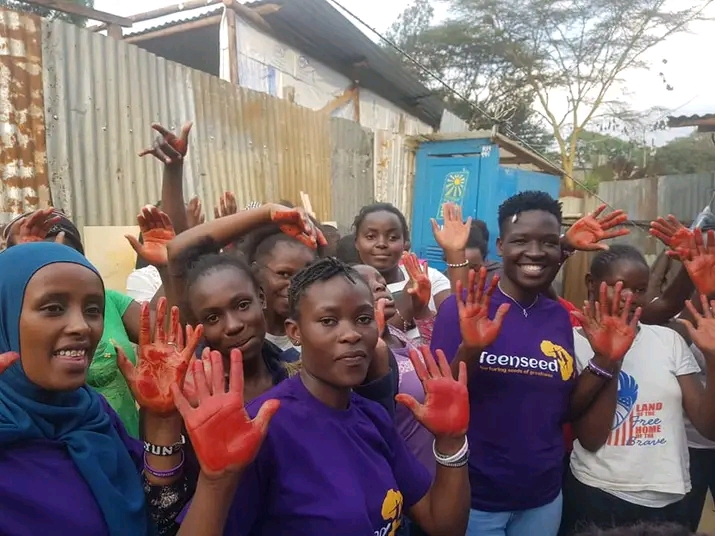 We are writing this letter as the Civil Societies in Kenya, we humbly request your indulgence on our pleas and concerns Sir.

First, we would like to thank the government for always rising to the occasion in times of crisis to assist in healing the nation and fighting the various pandemics that have plagued our nation.

Previously and we have successfully done so as a nation; both government and the private sectors have always stood in one voice.

We saw it during the HIV pandemic in the early 2000s, we saw it in the year 2020 during the COVID-19 pandemic and we are seeing it now in the drought that has affected our country greatly.

The government together with non-state actors have banded together in one voice and are now dealing with the issue because of the cries of those affected and because this country does not believe in anyone being left behind even in the worst of crises.

Your Excellency, we would like to draw your attention to a pandemic that has been greatly ignored in this country on a number of occasions.

Gender-Based Violence has become rampant in our country and most issues are swept under the rug and dismissed due to one reason or the other.

This has then led to many women suffering in silence and some even being killed due to gender-based violence yet if action had been taken earlier we would have avoided a lot of the pains and heartaches caused by this pandemic.

We have realised for the longest time both government and the CSOs have been fighting for the same cause of eradicating violence against women and girls.

However, as both parties, we have been doing this in silos and not as a team.

The women and girls in this country have been the ones who have paid the price due to this delay and lack of cooperation between these two parties.

Your Excellency, the number of women and girls experiencing gender-based violence in all aspects of their lives has increased even with efforts from both corners being put in place to assist in eradicating this new pandemic.

During COVID-19, over 45000 adolescent girls became pregnant in the country, yet we all know that a minor cannot consent to sexual activities according to our constitution.

The government mark you has put measures to deal with the perpetrators.

However, very few of them were brought to book because the government can't work alone to find these defilers.

Your Excellency, as CSOs, we were up in arms and very discouraged because many of us also have systems put in place to handle issues such as these but we were both defeated due to us not pulling our resources as both government and CSOs to end this pandemic.

All of us lost in this war even before it started because we were all working alone yet our target group is still the same.

The women and girls we are fighting to protect are the same.

Therefore, Sir, it is my humble prayer that we come together as both state and non-state actors pull our resources and all our machinery, and stand together in one voice to end this pandemic that is stealing the futures of our women and girls.

Gender Based Violence cannot be stopped by just one player because after all as Africans we always believe “UMOJA NI NGUVU NA UTENGANO NI UDHAIFU”.

As our national Motto states “HARAMBEE” which means let's pull together then I believe that the same resilience, strength and determination that has gotten this country through the previous pains we have undergone will then enable us to fight together and end Gender Based Violence in Kenya.

| We are partnering with Better4Kenya to amplify this. |

Government developed guidelines for the minimum package in UHC for GBV.
Opinion
2 months ago

The community can unite and declare to end GBV among Adolescent Girls and Young Women.
Opinion
2 months ago
Post a comment
WATCH: The latest videos from the Star
by TENSEED AFRICA and CIIKU WA SOXXY
WomenWork
28 November 2022 - 19:47
Read The E-Paper