Mbizvo, is also a professor in reproductive health sciences.

•The commemorations come in the wake of rising cases of child marriage and gender-based violence as a devastating drought intensifies across the Horn of Africa threatening millions of lives, among them girls. 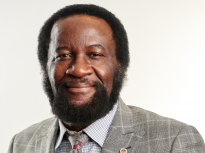 Prof. Michael Mbizvo, Country Director of the Population Council in Zambia and a Board Member at The Partnership for Maternal, Newborn and Child Health (PMNCH)
Image: POPULATION COUNCIL

Today, October 11, is the day the World marks the International Day of the Girl.

The day is celebrated annually.

The commemorations come in the wake of rising cases of child marriage and gender-based violence as a devastating drought intensifies across the Horn of Africa threatening millions of lives, among them girls.

The Star spoke with Prof. Michael Mbizvo, Country Director of the Population Council in Zambia and a Board Member at The Partnership for Maternal, Newborn and Child Health (PMNCH), the world’s largest alliance for women’s, children’s and adolescents’ health.

Mbizvo, is also a professor in reproductive health sciences.

Q: What are the main issues affecting girls in Africa today?

The girl-child in Africa has a disproportionate burden of ill sexual and reproductive health.

They are disproportionately affected when you compare them with children in other parts of the world.

We have a number who are aged 15 and 19 who give birth each year.

Even [there are those] under 15 who are giving birth.

Unfortunately, when you give birth at that age, you can have problems which can last a lifetime.

The complications that arise during pregnancy or childbirth, can last a lifetime. So the girl-child has problems associated with early unintended pregnancies.

Very often when the pregnancy goes to term, the birth itself has complications, and if you look at the infant it’s also affected.

So, you have children giving birth to children, and their body is not fully developed to accommodate pregnancy.

We also see that very often, they [these girls] would have unsafe abortions.

The complications of unsafe abortion can lead to maternal death or disability.

We know that domestic violence increases in those situations or settings. So, there’s a high level of sexual and gender-based violence associated with these early births by adolescents and young women.

Q: What is PMNCH doing specifically to alleviate the girls’ suffering?

They have recognized this problem. The Partnership [PMNCH] came up with an adolescents’ well-being framework to inform policies and programmes as previously no holistic definition existed.

With this framework one can define and relate to issues that affect adolescents; what is it that can contribute to their well-being and their support needs? And how can we ensure these [sexual and reproductive] rights?

So, these efforts are well recognised. The Partnership [PMNCH] has a voice. They have a voice for the voiceless because they are able to bring some of these issues to the attention of policymakers globally.

You may have heard that in October 2023, PMNCH is planning to host a Global Forum for Adolescents, which is really a significant milestone in a multi-year global advocacy campaign to galvanize research and agencies towards the 2030 Sustainable Development Goals (SDGs) by uniting adolescents and young people with policy-makers and partner organizations in more than 130 countries.

Q: Where do you see significant progress? Which countries are doing the right thing?

Well, you know. It varies. There are countries which are adopting some of these issues and were making progress but when the outbreak of COVID-19 came, we started to see a high number of unintended pregnancies among girls in countries that were doing well.

As a result, some of those gains were reversed. But when you look globally, some of the countries, for instance, the Scandinavian nations (Sweden, Denmark and Norway), we know that they have done very well.

They were able to introduce interventions quite early and issues that relate to sexual and reproductive health and rights are integrated into the school curriculum, and that’s very helpful.

Post a comment
WATCH: The latest videos from the Star
by THE STAR REPORTER
WomenWork
11 October 2022 - 15:09
Read The E-Paper