Kenya is yet to attain two thirds gender principle in leadership roles.

• Article 100 of the Constitution says marginalised groups - women, youth, and persons with disability - should participate in Parliament.

• If this is implemented well, it would automatically see the implementation of articles 81 (b) and (c), which says not more than two thirds of persons in elected public offices shall be of the same gender, and fair representations of persons with disabilities, respectively. 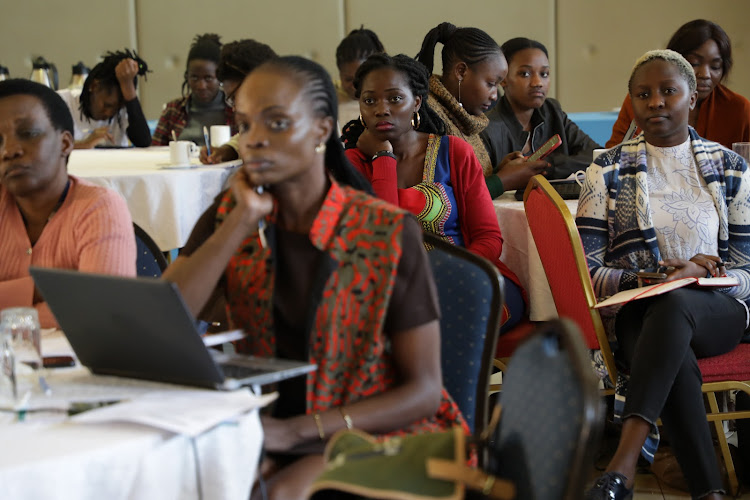 On August 30, 2022, Community Advocacy and Awareness Trust held a national women's dialogue at the Desmond Tutu Conference Center where they reflected on how women performed in the general elections.

Many civil societies with interest in gender equity graced the forum. The ceremony began with an opening remark from Daisy Amdany, the executive director of the CRAWN Trust organization.

"In the wake of the just celebrated twelve years of the 2010 Constitution, which is an excellent document, one of its key pillars is the principle of inclusion of the previously marginalised groups, including women," Amdany said.

Article 100 of the Constitution says marginalised groups - women, youth, and persons with disability - should participate in Parliament. If this is implemented well, it would automatically see the implementation of articles 81 (b) and (c), which says not more than two thirds of persons in elected public offices shall be of the same gender, and fair representations of persons with disabilities, respectively.

"If we're to measure the integrity and credibility of the just concluded general election by articles 81 (b) and (c) of the Kenyan Constitution, which the electoral process must abide by, then we can safely conclude that since 2013, we have not had a credible election," Amdany said.

Out of the 47 newly elected governors, only seven are women and in Parliament, out of the expected 347 MPs, only 20 are female. The Constitution provides that at bare minimum, there should be a third of either gender in elected offices.

In the just concluded elections, the numbers show that women's performance was so low that it did not even reach the starting point of third representation.

"Men and women are different; women are uniquely other in that a woman's concept of herself is beyond the individual. They think of their children, families and extended society. If women are allowed to lead, things will improve because they uniquely care beyond their self-serving needs," Amandy said.

Speaking at the forum, Irene Soila from the Kenya Human rights commission said that despite Kenya's progressive laws, the implementation continues to be exclusive to previously marginalized groups.

"It is the responsibility of every individual to understand the electro process so they can enjoy the right to fair and equal representation," Soila said.

Furthermore, lack of political goodwill and lack of consequences in shortchanging women has repeatedly contributed to electro integrity predicaments.

To change this narrative, CRAWN Trust is seeking to building a ground swell of women through enhanced coordination of the women's movement for active engagements in political processes through a project dubbed "Women driving change".

CRAWN Trust the project will catalyse change in Kenya by safeguarding the 2010 Constitution and increased political participation of women in politics.

The project seeks to contribute toward the women's movement mobilising efforts for an increased and well-coordinated group of women who inspire courage through active engagement in national processes that seek to safeguard the Constitution.

The envisioned end result is an increased engagement of women demanding for reforms on the inclusion of women in electoral processes and addressing issues on the integrity of the 2022 general elections.

Some were physically, mentally and socially abused during campaigns
News
4 months ago