There was a time when women in leadership positions across the world could fit in a room.

•Progress towards achieving gender equality is complex, multifaceted and variable across countries and contexts.

•We still have a long, circuitous road ahead of us. 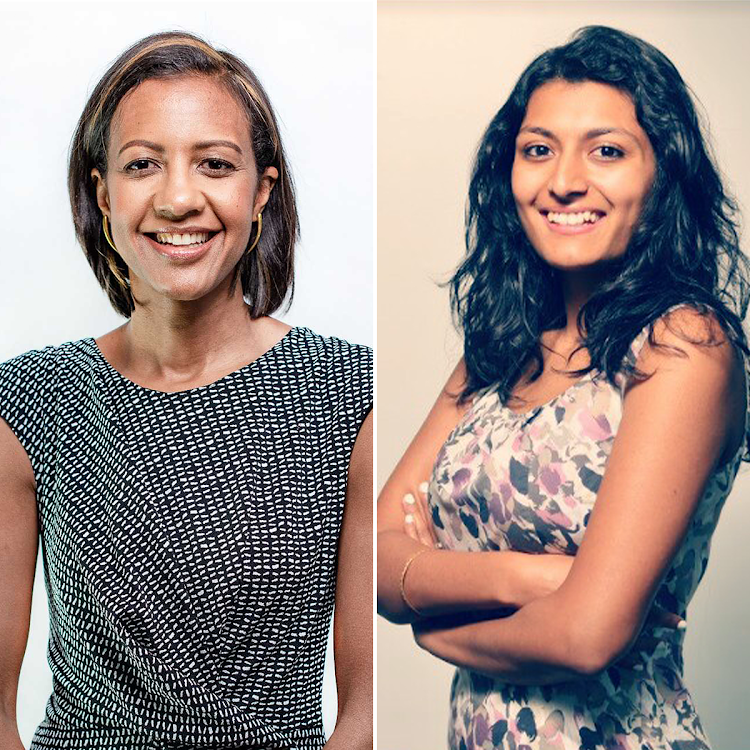 Aside from being a signature look in 80s women’s fashion, shoulder pads were an unexpected symbol for a very particular type of feminism - one where women equated themselves with men.

Since then, thankfully, the need to be men no longer dominates conversations on gender equality. The idea of women being men seems a bit… well, pointless and outdated.

That said, despite the subsequent injection of much-needed nuance and multidimensionality into our quest for equality between the genders, does the pendulum sometimes swing in the opposite direction, towards discussions that may be overly gendered? Perhaps to the detriment of women?

Let’s take leadership, for example. There are a myriad ways to slice the leadership conversation - from values, to ethics, to strategy, to tactics, even to more philosophical questions around whether an effective leader is necessarily a good one. Culture plays a role, as does society, politics, and economics. The point is, leadership as a topic is incredibly rich, multidisciplinary, and complex. Why, then, is there sometimes a tendency, when the subject of discussion is a female leader, to focus disproportionately, or exclusively, on “feminine” qualities of leadership?

What does that even mean?

There was a time when women in leadership positions across the world could fit in a room. There was a time - far more recently - when cutesy prefixes and qualifiers on leadership roles like ShEO, or Mompreneur, or Female-CEO, or Boss Lady made sense... maybe. There was a time when everyone wanted to hear how women in leadership juggled motherhood and careers - presupposing that all women are, can be, or want to be mothers. There was a time when women needed to ‘think like a man' - and dress like a man, if those shoulder pads are anything to go by - to succeed professionally. In spaces that were dominated entirely by men, there was perhaps a natural inclination to conflate good leadership with “male” attributes for lack of a counterfactual. We have made considerable progress since then - in some areas more than others. But the urge to travel in the opposite direction and conflate good leadership with “female” attributes is equally problematic.

This is so, firstly, because leadership, as we’ve established, is not a static or monolithic concept. Secondly, because by creating a narrative around “feminine” or “masculine” leadership qualities, we are reinforcing the same limiting gender stereotypes we have been trying so hard to unshackle ourselves from. If the core of my identity as a leader hinges on the fact that I am a female leader, what does that mean in terms of my ability to lead and mentor men? If my main differentiator as a leader is that I espouse and act on intrinsically “female” leadership traits, does that suggest that there will be times when my leadership capabilities fall short, because a situation calls for more “male” characteristics? Fundamentally, shouldn’t the crux of what we believe constitutes a good leader - empathy, vision, communication, strength, decisiveness, strategy, etc. - be gender agnostic? And by circumscribing women leaders within a set of binaries, aren’t we also doing our male colleagues, collaborators, and leaders a disservice by relegating them to another, mutually exclusive set of binaries?

Take the question of work-life balance, for example, which in some contexts is predicated on the assumption that successful women are compromising their duties as mothers or homemakers, unlike men, who are able to live out their professional lives unencumbered. It assumes that men don’t need to find balance in their lives, as well. Women are placed in an endless struggle to “have it all,” but in reality, men don’t always get to have it all either. Such discourse strips away the authenticity and individuality of talented and intelligent women, and compartmentalizes their abilities into a predetermined set of roles, attributes, and desires.

Progress towards achieving gender equality - and even in arriving at a collective understanding in terms of what that means from a cultural, social, legal, and economic standpoint - is complex, multifaceted and variable across countries and contexts. We still have a long, circuitous road ahead of us, but we are also fortunate that increasingly, there are environments that allow for us to not have to place gender at the center of everything we do. We should use such opportunities not to double down on gender constructs, but rather, to re-frame the script in more nuanced directions that allow women to express the fullness of their identities, their experiences, and their aspirations. Let’s ask women about their motivations and not just how they juggle predefined ‘roles’. Let’s interrogate the notion of leadership in all its complexity, rather than reducing it to false dichotomies. Let’s look at and tackle structural issues that prevent women from accessing certain types of roles, positions and opportunities. Let’s explore what men and women need to do collectively to build better companies, organizations, and societies.

If and when we have the opportunity, let’s not circumscribe ourselves to our gender. Because, actually, the ability to not have to always emphasize our gender is in itself an important stepping stone towards equality.

Isis Nyong’o Madison, co-founder of the WomenWork Network,  is well established in the technology ecosystem and brings deep experience in navigating the Africa business landscape. She has 10 years of advisory and board experience that includes a mix of publicly listed, privately held, academic and non-profit boards. She currently serves on the boards of the Nairobi Securities Exchange (NSE), Southbridge Group (pan-African investment bank) and Nourishing Africa (pan- African digital platform for agri-entrepreneurs). She has been shortlisted on the Forbes Top 20 Youngest Power Women in Africa. The World Economic Forum selected her as a Young Global Leader in 2012. Isis holds degrees from Stanford University and Harvard Business School.

Aparupa Chakravarti serves as Director at Botho Emerging Markets Group - a strategy consulting and investment advisory firm. She has spent close to a decade spearheading private sector development in Sub-Saharan Africa, advising governments, NGOs, startups, SMEs, and corporations. With a particular focus on South-South and emerging market relations, Aparupa has worked in 10+ markets across 4 continents in an array of sectors and industries - ranging from education to healthcare to agriculture to technology. Aparupa holds Bachelor's degrees in Economics and French from Brown University and a Master's in Social Sciences from the University of Chicago.