• Defeat for Nadal, who has battled an abdominal injury since the summer, saw his hopes of ending the year as world number one suffer a huge blow.

• The Paris Masters is the final regular ATP Tour event of the season, before the ATP Finals get under way in Turin on November 13. 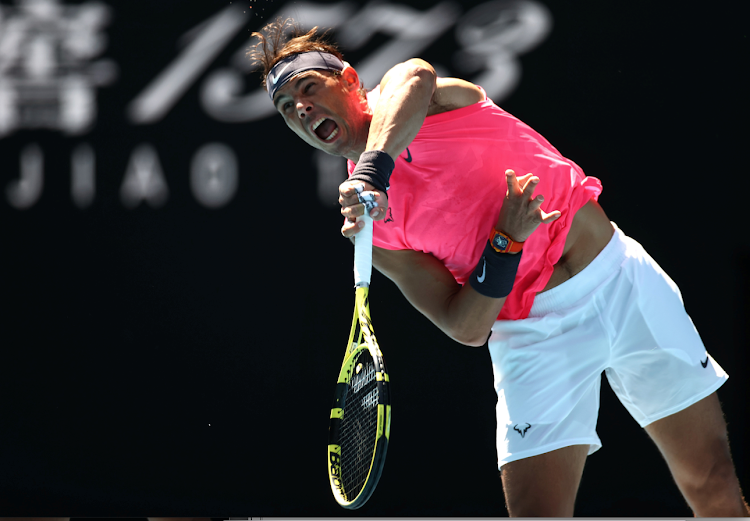 Spain's Rafael Nadal in a past action
Image: FILE

Rafael Nadal is out of the Paris Masters after a second-round defeat by American Tommy Paul in just the Spaniard’s second match since the US Open and first since becoming a father.

Defeat for Nadal, who has battled an abdominal injury since the summer, saw his hopes of ending the year as world number one suffer a huge blow.

British number one Cameron Norrie lost to French qualifier Corentin Moutet. There are no remaining British players in the draw, after Dan Evans and Jack Draper were also eliminated in the second round on Wednesday.

Nadal, 36, has only played once — a Laver Cup doubles match alongside Roger Federer — since losing in the fourth round of the US Open in early September.

He faded towards the end of the second set against 25-year-old Paul, who secured one of the wins of his career.

The Paris Masters is the final regular ATP Tour event of the season, before the ATP Finals get under way in Turin on November 13.

“At the end, I need days on the Tour,” Nadal said. “It’s true that for the last five months I didn’t spend enough days on the tour. I don’t even say competing on a tennis court; I say on the tour, practising with the guys. That’s what I need.”

On competing at the ATP Finals, Nadal said: “I am going to try, if nothing happens, if I am feeling OK, to be there a little bit earlier than usual and have some practices.

“Just give myself a chance to enjoy another Finals. You never know when is going to be the last, especially at my age,” he added.

“So I’m going to give my best to enjoy this one, and then next years of course I’m going to fight to be back there.”

World number 13 Norrie did not get under way against Moutet, ranked 64th, until after midnight.

Just under three hours later he lost a third-set tie-break, falling to a 6-3 5-7 7-6 (7-3) defeat, having made 27 unforced errors and served four double faults.

The former world number one provided a sample, which tested positive for roxadustat, at August’s US Open.
Sports
3 months ago

Tennis Australia is finalising plans for a mixed team event to replace January’s ATP Cup as the ATP forges an alliance with the Davis Cup, which ...
Sports
3 months ago