Federer played with a balletic grace beyond modern compare

Federer also struggled with his fitness and his temper — racquet throwing, tears and profanities were not at all uncommon in his teenage years.

• Federer’s most golden spell was between Wimbledon 2003 and the Australian Open of 2010. He won 16 of the 27 Grand Slam tournaments played in that time (and reached the final of another six).

• Federer says he used to cry after every match he lost until the age of 15, and so it came as quite a surprise when he eventually started crying after winning. 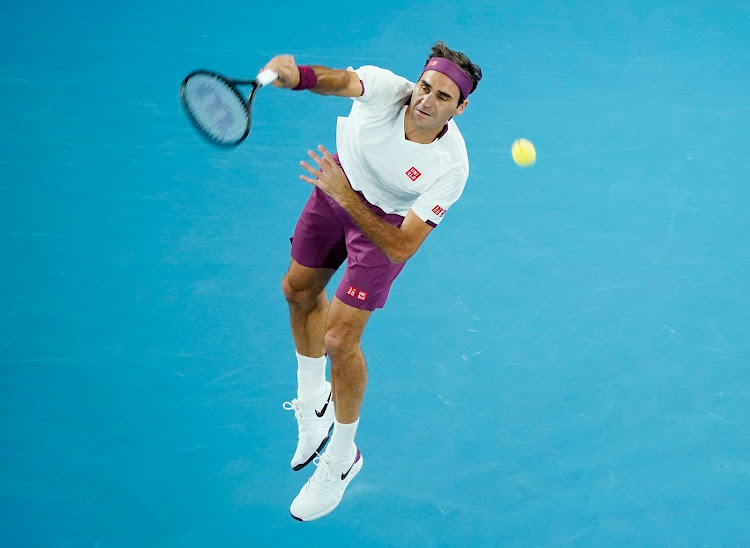 Switzerland's Roger Federer serves during a past match
Image: FILE

I was barely a month into this job when I suggested Roger Federer would never win another Grand Slam title.

The then 17-time Grand Slam champion had just turned 32, lost to Sergiy Stakhovsky in the second round of Wimbledon (thus ending a run of 36 consecutive major quarter-finals), and then in straight sets to Tommy Robredo in the last 16 of the US Open.

Put it down, perhaps, to the impetuosity of inexperience, and also to unawareness of a significant back problem, which Federer later detailed.

Not that it was remotely controversial, nine years ago, to suggest the best days of a tennis player in their thirties might be behind them. It is just that since then Federer and Serena Williams, with Rafael Nadal and Novak Djokovic now following their lead, have overturned convention and expectation.

“I get inspired in a big way by the likes of Usain Bolt or Michael Jordan or LeBron James or Valentino Rossi or Michael Schumacher: guys who did things for a very long time at the highest of levels,” he told me after winning an eighth Wimbledon title, a month before turning 36, in 2017.

Federer also struggled with his fitness and his temper — racquet throwing, tears and profanities were not at all uncommon in his teenage years. But two new relationships forged in 2000 made quite a difference.

He started working with the fitness coach Pierre Paganini, whom he had first met at the Swiss national training centre a few years earlier. The partnership has endured for Federer’s entire career.

And he also met Mirka, who would become his wife nine years later. They both represented Switzerland at that year’s Sydney Olympics, and played mixed doubles together at the 2002 Hopman Cup. Mirka’s career was ended by a foot injury later that year, but she swiftly became the “rock” in his life.

Federer’s most golden spell was between Wimbledon 2003 and the Australian Open of 2010. He won 16 of the 27 Grand Slam tournaments played in that time (and reached the final of another six). But the autumnal years of his career also had a golden hue.

Most remarkable of all was his run to the 2017 Australian Open title, achieved by beating four top-10 players and winning three matches over five sets, despite being 35 and missing the previous six months because of knee surgery.

Federer was playing with a refurbished knee — and backhand. A switch to a larger racquet a couple of years previously was now paying dividends, offering him more power and spin, and more success against Nadal, whom he beat in the final.

An eighth Wimbledon title followed in the summer, a 20th Grand Slam in Melbourne the following January, and if Djokovic had not been able to save two championship points on Centre Court in the Wimbledon final of 2019, Federer would have become the oldest player to win a Grand Slam in the Open era.

So many memories. None perhaps more special than winning his one and only French Open, in 2009, to become only the sixth man in history (at that stage) to complete the career Grand Slam.

The French crowds were desperate for him to win that Roland Garros final against Robin Soderling, and many seemed conflicted when Switzerland took on France in the Davis Cup final of 2014.

A world record tennis crowd of 27,448 crammed in under the retractable roof of Stade Pierre Mauroy in Lille to see Federer win the famous team competition for the one and only time.

Interviewing Federer was invariably a pleasure — albeit with perhaps one exception, just a few days before that Davis Cup final. The previous Saturday night, at the ATP Finals in London, Federer had survived four match points to beat his Swiss team-mate Stan Wawrinka in the semi-finals.

But Wawrinka had been very unhappy with what Mirka had been shouting from the stands during the match, and the two exchanged more than a few words in the locker room afterwards.

Two days later, I was the only English-speaking journalist in the first Swiss team news conference of the week in Lille. They started with questions in English.

There was only one topic an English-speaking audience wanted to hear about. It certainly wasn’t the one topic Federer wanted to talk about. But, as ever, he replied — even if his customary politeness was laced with a hint of irritation.

The debate about the greatest of all time is in the eye of the beholder. Federer has, statistically, been overtaken by Williams, Nadal and Djokovic, but played the game with a balletic grace beyond modern compare.

He had balance and coordination in spades; he had an iron forehand with a velvet touch; and the footwork of Muhammad Ali.

Federer says he used to cry after every match he lost until the age of 15, and so it came as quite a surprise when he eventually started crying after winning.

And that was a big part of his enduring appeal. The tennis he played may not have been relatable, but his warm and emotional character certainly was.

Federer, 41, will end a career that featured 20 Grand Slam singles titles after the Laver Cup, which begins in London on 23 September.
Sports
2 weeks ago

Earlier this year, Federer confirmed his plans to team up with Spaniard Rafa Nadal at the Laver Cup in London, before competing at the Swiss Indoors ...
Sports
3 months ago
Post a comment
WATCH: The latest videos from the Star
by Russell Fuller
Tennis
23 September 2022 - 00:00
Read The E-Paper