• While Kyrgios increasingly remonstrated with his support team, Djokovic remained cool in the heat of the battle on a scorching Centre Court. 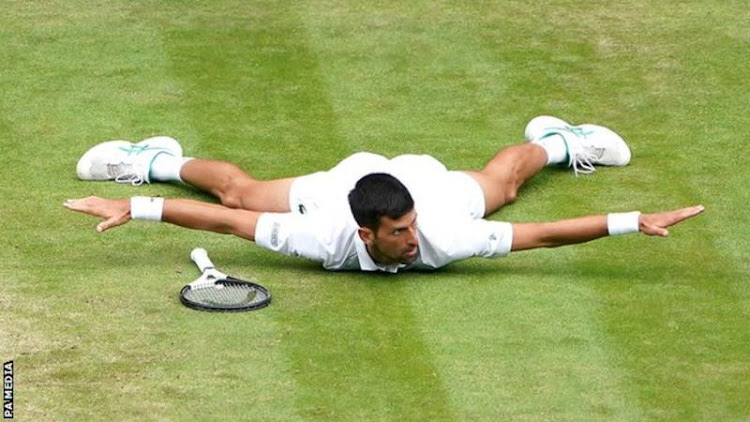 Novak Djokovic celebrates during a past match
Image: FILE

Novak Djokovic underlined his recent dominance at Wimbledon with a composed and controlled fightback against Australia’s Nick Kyrgios to win a fourth consecutive men’s singles title.

It is Djokovic’s seventh SW19 men’s title and only Roger Federer has more.

Top seed Djokovic made a slower start than his 27-year-old opponent, who initially seemed unnerved by playing in his first Grand Slam singles final.

But the Serb did not lose belief as he showed all of his experience and nous to turn the match around.

Losing his winning position began to irritate Kyrgios, who is known for his fiery temperament as well as his exciting tennis.

While Kyrgios increasingly remonstrated with his support team, Djokovic remained cool in the heat of the battle on a scorching Centre Court.

Djokovic moved 4-1 ahead in the first set and brought up a break point for 5-1.
Sports
2 months ago

The 35-year-old Serb is aiming to win a fourth successive title at SW19, where he is a six-time winner.
Sports
3 months ago
Post a comment
WATCH: The latest videos from the Star
by BBC
Tennis
10 July 2022 - 19:33
Read The E-Paper