"We never gave up hope despite losing the first set. We regrouped and corrected our mistakes, which paid off," noted Okutoyi. 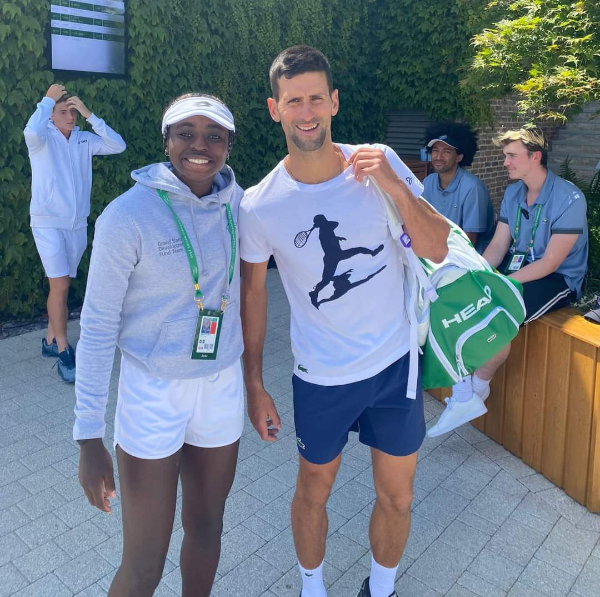 Angela Okutoyi made history by becoming the first Kenyan to win a Grand Slam title when she teamed up with Dutch Rose Nijkamp to clinch the Wimbledon Junior Tennis doubles title on Saturday.

In a tough final, Okutoyi  and Nijkamp lost the opening set but battled hard in the second, to send the match into a tie-break which they won in brilliant fashion.

The country's youngest Kenya Open champion was thrilled with the victory.

"We never gave up hope despite losing the first set. We regrouped and corrected our mistakes, which paid off," noted Okutoyi.

The Africa junior champion revealed how she was inspired by a pep talk with world number one, Iga Swiatek of Poland.

"She encouraged me and told me to give it my all and stay focused.  I'm delighted that the best is yet to come," added Okutoyi.

However, the duo recovered and never looked back, clinching the title amidst Okutoyi's disbelief.

Okutoyi was over the moon with her performance, especially after crashing out of the singles tournament in the first round.
Sports
2 months ago

Cynthia Wanjala joined Owegi in the last eight by beating Norway's Sara Rydholt 5-7, 6-3 , 6-2 in a tough battle
Sports
2 months ago

She had earlier beaten Great Britain's Given Roach 7-5, 6-4 in the second round having been handed a bye by the event organisers.
Sports
3 months ago
Post a comment
WATCH: The latest videos from the Star
by WILLIAM NJUGUNA Senior Sports Writer
Tennis
09 July 2022 - 19:13
Read The E-Paper