As his name was chanted around Court One, he was overcome with emotion. 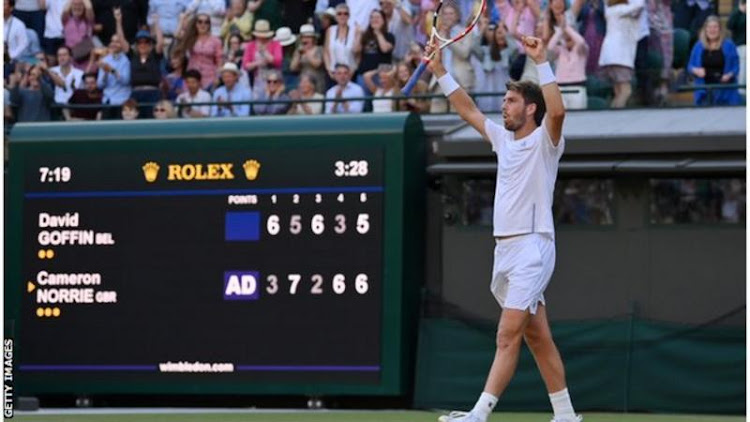 Britain's Cameron Norrie reached the Wimbledon semi-finals by fighting back to beat David Goffin in a memorable five-set thriller which left the home fans celebrating jubilantly.

As his name was chanted around Court One, he was overcome with emotion.

The British men's number one, known for his laid-back demeanour, showed a unusual flicker of emotion during his on-court interview.

The Duke and Duchess of Cambridge were among the 10,000 or so fans who watched as the world number 12 absorbed the finest moment of his career.

Norrie added: "I think just winning a match like this, I'm in shock. I don't know what to say now.

"I have flashbacks of all the hard work and all the sacrifices I have had to make and it's definitely paid off - and it feels pretty good."

Next he faces top seed Djokovic, who is chasing a fourth successive title at the All England Club.

The 35-year-old Serb was given a huge scare by Italy's Jannik Sinner before fighting back to win in five sets earlier on Tuesday.

"It great to get this now but it's only going to get tougher," added Norrie.

"I'm going take it to Novak and hopefully you guys can get behind me and I'm sure you will."

The Australian Open champion extended his unbeaten run to 12 matches with a 6-0 6-3 win over American Kozlov.
Sports
5 months ago
WATCH: The latest news from around the World
by BBC NEWS None
Tennis
05 July 2022 - 21:43