Shujaa aim to kickstart 7s campaign Down Under amid tough opposition

•The Pacific islanders have been the form team of the circuit and lead the standings with South Africa on 47 points.

•In their last meeting at the Los Angeles Sevens between the two sides in August, Kenya lost 33-14 in a one-sided contest. 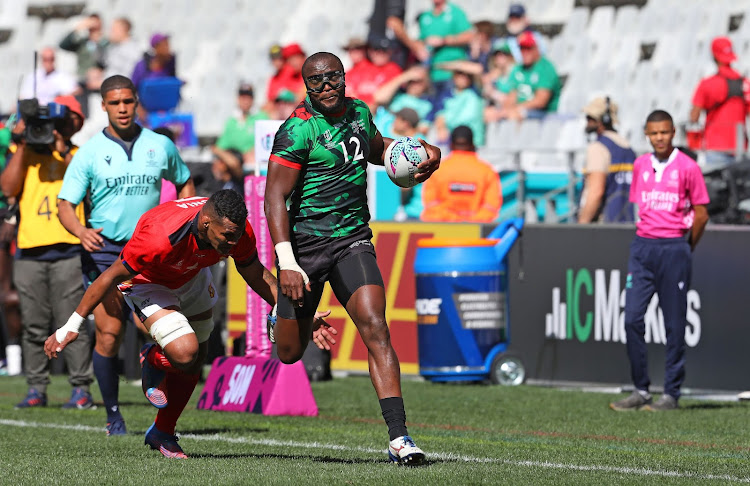 Shujaa will be aiming to kick-start their season when the Hamilton Sevens gets underway on Friday in New Zealand.

Currently placed 14th on the log with a paltry nine points, Damian McGrath's charges need a consecutive run of positive results to move away from the relational battle at the foot of the table.

It does not get any easier for Shujaa as they open their campaign against a well-oiled Samoa outfit at 11:54 pm.

The Pacific islanders have been the form team of the circuit and lead the standings with South Africa on 47 points.

In their last meeting at the Los Angeles Sevens between the two sides in August, Kenya lost 33-14 in a one-sided contest.

The tactician has urged his charges to be compact in the defence and be clinical in attack in the pool opener.

“It's a tough pool but there is no place for us to hide. To qualify for the main up quarters, we have to beat the best teams. We have had a good week of training and you saw the improvement in Cape Town and Dubai. The boys are relishing the challenge,” he added

Shujaa then face Olympic and world champions Fiji at 3 am on Saturday morning in a match the coach expects to be close just like in Dubai, where Kenya lost 21-17.

“We lost that game narrowly. If we had handled the last pass well, we would have won the game. I am confident we can be competitive in this match against one of the top Sevens teams in the world.”

Kenya's final match will be against France at 6:54 am. Shujaa have had poor results against the Europeans, losing 31-0 and 38-14 in Toulouse and London respectively last season. They will be aiming to win for the first time in five attempts.

Skipper Nelson Oyoo said the return of blockbuster winger Alvin Otieno and playmaker Brian Tanga will be a big boost for their side as they chase the Main Cup quarters slot Down Under.

“They are very experienced players. Alvin has been one of the top Sevens players in the world in the last three certs while Tanga brings that X-factor which has been missing," he revealed.

Following the Hamilton Sevens, the team will fly to Sydney for the fifth leg of the series next week.

Shujaa arrived in New Zealand on Sunday night after a 23-hour flight from Nairobi and had a light training session at St Paul' Collegiate College in ...
Sports
1 week ago

Felix Ojoo, Peter Waitere, Darwin Mukidza and Michael Kimwele scored tries in the first half to give the bankers a commanding 42-7 lead at the ...
Sports
1 week ago
Post a comment
by WILLIAM NJUGUNA Senior Sports Writer
Rugby
20 January 2023 - 05:00
Read The E-Paper