BACK TO THE ROOTS

•The 2021 edition was held at Nyayo Stadium but the chairman believes a return to its spiritual home will be superb.

• The Safari 7s was played every year at the RFUEA ground from inception in 1996 until 2010 before moving to the Nyayo National Stadium for the 2011 and 2012 editions. 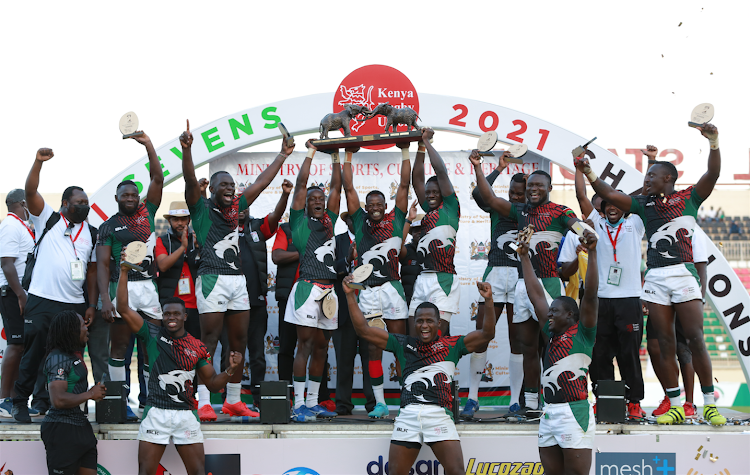 This year's Safari Sevens tournament will revert back to the RFUEA ground, according to Kenya Rugby Union (KRU) chairman Oduor Gangla.

The 2021 edition was held at Nyayo Stadium but the chairman believes a return to its spiritual home will be superb.

"Anyone who’s been to a rugby match in Kenya knows there is no place like the RFUEA.

"We wanted to go back to that environment and make it fun, enjoyable and competitive. We have 12 men and 6 women teams as well as the age grade and vets (0ver 35) categories. It will be a great weekend of rugby,” added Gangla.

The KRU boss believes the tournament will be a build-up for Shujaa ahead of the World Sevens Series, which kicks off in Hong Kong in November. The tournament was not held in 2020 due to the Coved-19 pandemic.

KRU vice chairman, Moses Ndale, who doubles up as the Safari Sevens Organizing Committee boss asked fans to turn up in large numbers.

“We want to request the fans to show up in numbers for a great weekend of rugby. We will be revealing the participating teams and ticketing details in subsequent communications.”

He added that fans expect top-class rugby from the top-calibre teams coming for the three-day rugby extravaganza.

"We expect top-quality actions from the teams we are talking to and we hope by next week we can give an update on the teams we expect,” added Ndale.

The Safari 7s was played every year at the RFUEA ground from inception in 1996 until 2010 before moving to the Nyayo National Stadium for the 2011 and 2012 editions.

Setpiece priority for Kenya Sevens ahead of next season

He said the 40 players named by the selectors during the national Sevens circuit will join the team training next week.
Sports
3 days ago

Odera was hopeful following the training camps they will play a couple of warm up fixtures before the repechage.
Sports
6 days ago
Post a comment
WATCH: The latest videos from the Star
by BY WILLIAM NJUGUNA
Rugby
22 September 2022 - 18:20
Read The E-Paper