Quins to face Menengai Oilers in raft of pre-season friendlies

•In the backs Cornelius Mukoro, Dominic Osino and Lucky Dewald will be key. 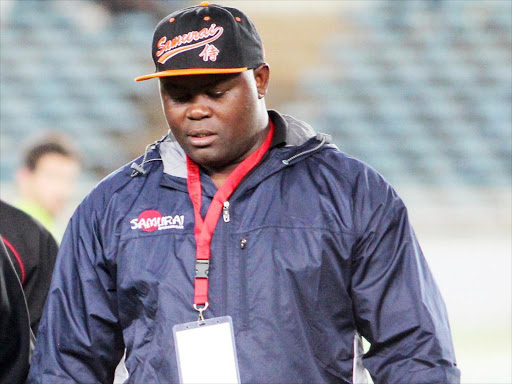 Quins will play four friendly matches in readiness for the start of the 2022-2023 Kenya Cup season starting in November.

Speaking on Monday, head coach Paul Murunga said a winning mentality will be key for his charges if they are to improve and be competitive in the upcoming season.

“Since coming here in May, I and the technical bench have created the right environment including providing players with meals,  gym equipment and a proper pre-season which will have the players being fitter and stronger," he added.

The eight-time Kenya Cup champions had a season to forget last season, narrowly avoiding relegation and finishing 11th on the log with three wins and eight losses, a fact not lost to the coach.

“The reason we lost last year was because we did not have a proper pre-season. If anything, most of the matches the team lost were in the second half and we did not have the energy and drive to play the full 80 minutes," noted Murunga.

The former Kenya Sevens assistant and Kenya Under-20 coach said they have done four weeks of pre-season and still have another month to get in shape.

“We are ticking the boxes nicely. So far, the environment and the mood in the team is great and it will get better,” added Murunga.

The tactician said so far, 120 players turned up for training and it will be tall order narrowing down to 60 players for both the Kenya Cup and Eric Shirley teams.

“The turnout is massive and it's a good problem for the technical bench to see who will make the cut," added Murunga. Murunga said the squad for the upcoming season will be a blend of youth and experience.

Murunga has set a target of playing in the Kenya Cup final for this upcoming season.  “I believe with the talent we have and the winning mentality and fighting spirit, we should go all the way."

The skipper said the recent improvements have given them hope they can compete with the world's best come next season.
Sports
3 weeks ago

Odera was hopeful following the training camps they will play a couple of warm up fixtures before the repechage.
Sports
2 weeks ago
Post a comment
WATCH: The latest videos from the Star
by WILLIAM NJUGUNA Senior Sports Writer
Rugby
20 September 2022 - 05:00
Read The E-Paper