Rugby players with worrying brain scans ‘should be forced to retire’

Popham, who retired in 2011, was diagnosed with early onset dementia and probable chronic traumatic encephalopathy in 2019.

• “I’ve had them in my kitchen, they’ve had [brain] scans and they aren’t great,” Popham, 42, told the Sports Desk Podcast.

• The group of players, represented by law firm Rylands Legal, are suing for negligence, claiming that playing the sport caused brain damage. 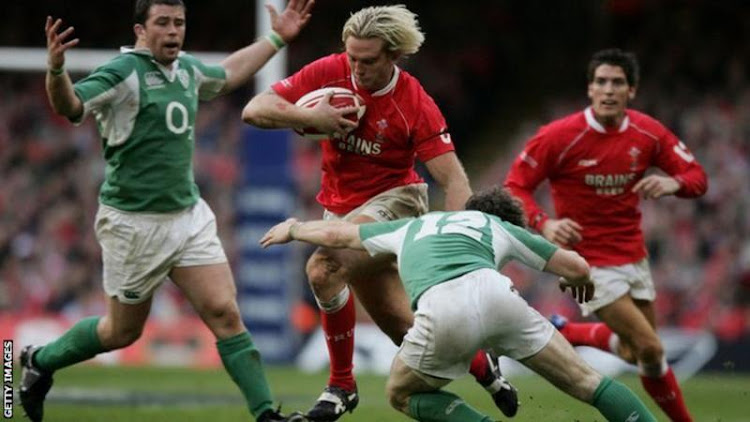 Popham, who retired in 2011, was diagnosed with early onset dementia and probable chronic traumatic encephalopathy in 2019.

He says he regularly speaks to current players about their own conditions.

“I’ve had them in my kitchen, they’ve had [brain] scans and they aren’t great,” Popham, 42, told the Sports Desk Podcast.

Popham added: “I’m not a doctor but if it was me I would take it [the decision of continuing to play] from them and it shouldn’t be their decision.”

The group of players, represented by law firm Rylands Legal, are suing for negligence, claiming that playing the sport caused brain damage.

Popham and former England World Cup winner Steve Thompson were among six other former players who first started the process of a claim in December 2020. When the legal action was launched, the sport’s authorities stressed they “care deeply about all our players” and “never stand still when it comes to welfare”.

They have also highlighted their safeguarding strategies designed “to prevent, identify and manage head injuries”.

“It’s quite tough sometimes when I have phone calls from players I used to play with and against and they’re in a really dark place,” he added on the podcast. “There have been a few where we’ve had to get professional help to their house on a Sunday evening.

“This is the real coalface that we’re dealing with with some of these players. If I help one person, I know we have helped - but there’s a lot more out there.

“And that’s why we are doing this. We need to draw a line in the sand, realise the mistakes that were made and move forward, because otherwise the sport is going to die.”

World Rugby defended its record on concussion and pointed to new protocols reacting to ongoing research, including this season’s roll-out of smart mouthguards that can measure the frequency and nature of head contact and accelerations, in matches and training.

Players do not regularly have brain scans, but World Rugby’s chief medical officer Dr Eanna Falvey said if a player had “decreasing neurological function” doctors would be “obliged to investigate”.

He added: “If you have somebody who has defined evidence of decreasing neurological function they would not be continuing to play. Absolutely not.”

Falvey said: “Am I convinced that we are doing as much as we can right now? I absolutely am.

“With the data that we’ve got, we’re acting on all the information that we have. Not only that, we’re creating our own data. We’re the only sport that has done this type of work with instrumented mouthguards.

Falvey said he would not rule out changes to the laws of rugby in order to protect players at all levels. Asked whether limiting the weight of players was an option, he said: “Certainly. We’ve seen that done quite successfully in the North Island in New Zealand because of some of the differences in children developing at a faster rate than others in their own age group.

“Realistically, everything should be on the table here — anything we can do in a manner that makes it safer to play the game and more attractive to play the game that allows people to get the benefit of being out there with the team.”

Victory for Olympic champions Fiji in South Africa is their first in 17 years but they move level with New Zealand, who won the last two tournaments, ...
Sports
2 weeks ago

McGrath confident of Shujaa ahead of upcoming Sevens season

The Englishman believes Shujaa have made improvement in the last three months since he took over reigns as a coach in May
Sports
2 weeks ago
Post a comment
WATCH: The latest videos from the Star
by BBC
Rugby
17 September 2022 - 00:00
Read The E-Paper