The team will be whittled down to the final 13 for the tournament in South America next week. 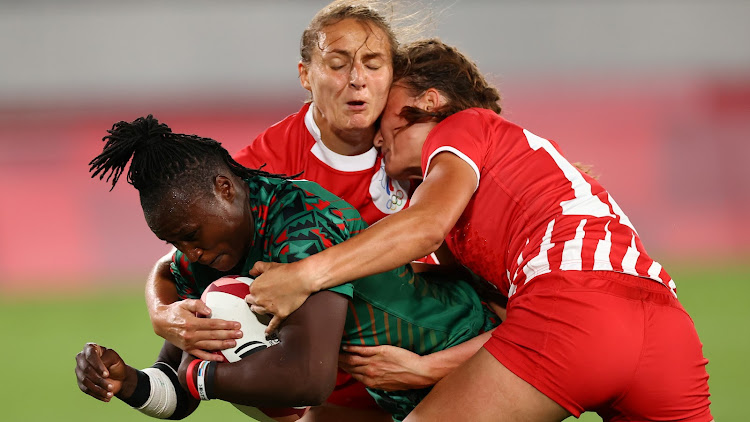 Six players have been called up to the provisional Kenya Lionesses squad for the World Challenger Sevens Series slated for Chile next month.

Head coach Dennis Mwanja has drafted Moreen Muritu, Helen Akoth, Sharon Auma, Diana Kemunto Lauraine Akoth and Faith Marindany into the team which will be whittled down to the final 13 for the tournament in South America next week.

The team has been training three times a week for the past two months as they seek to bounce from their worst ever performance during the Africa Cup sevens held in Tunisia where they finished sixth overall.

Mwanja said they have polished up on the errors that were evident in Tunisia including ball handling, discipline and attack.

"We had a couple of issues in the Tunisia tournament but with the rigorous training session we have had for the past two months, I believe we will be back on course," he added.

The Lionesses face a daunting task in the Challenger Series, where they face hosts Chile, China and South Africa in a tough Pool D. The winner of the 12-team tournament will play in the World Sevens Series from 2022-2023.

The former international said competition for places in the squad is competitive and picking the final squad would not be easy.

“We have a couple more training sessions and the girls have trained hard and I know it will be a bit of a challenge picking the final squad,” added Mwanja.

Grace Adhiambo, who is one of the senior players in the squad, said missing out on both the Commonwealth Games and World Cup Sevens was a big blow and the team must be ready to fight for the automatic slot in the Challenger Series.

“Our target was to qualify for either of the two events and missing out on both was terrible. Thank God we have another opportunity to play in the World Series,” said Adhiambo.  The final squad is expected to leave the country on August 8.

Hong Kong lost 44-22 to Tonga on Saturday to drop to the repechage, slated for November.
Sports
2 weeks ago

A win for Damian McGrath's charges will see them face Argentina in the round of 16, according to the fixtures released by World Rugby.
Sports
2 weeks ago
by WILLIAM NJUGUNA Senior Sports Writer
Rugby
28 July 2022 - 05:00