Kabeberi Sevens roars back to life

The development came to light through a message posted by the organisers of the circuit, Mwamba RFC, on their official Twitter handle.

•It was initially introduced in 1986 to commemorate the death of George Mwangi Kabeberi, who plied trade for Mwamba RFC. 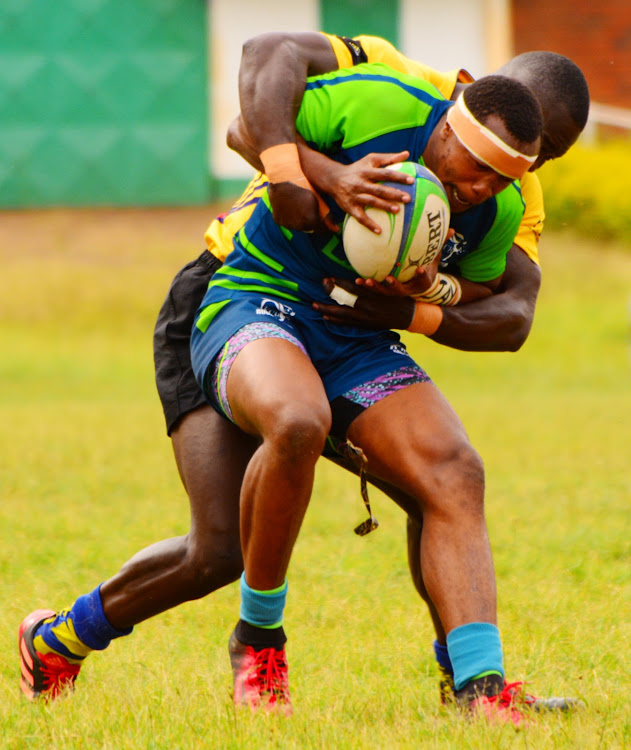 KCB's Peter Kilonzo fights for the ball with Bruce Shiemi of Homeboyz in a Kenya Cup clash
Image: ERICK BARASA

The historic George Mwangi Kabeberi Memorial Sevens kicks off the National Rugby Sevens Circuit at the RFUEA Grounds on May 21-22.

The tournament will be the first one in the Kenya Rugby Union (KRU) calendar following a two-year hiatus occasioned by the ravenous Covid-19 pandemic.

The development came to light through a message posted by the organisers of the circuit, Mwamba RFC, on their official Twitter handle.

“Unleash the legend!  Come roar at #Kabeberi7s and shake the RFUEA Grounds once again!  Time to relive the memories and the good times as we welcome sevens rugby back!” read the message.

Kabeberi Sevens is part of the six KRU Rugby Sevens circuits staged annually. It was initially introduced in 1986 to commemorate the death of George Mwangi Kabeberi, who plied trade for Mwamba RFC.

The club says it has expanded the significance of the tournament to honour departed club members, including Leeroy Okara, Absalom “Bimbo” Mutere, Abedeen Shikoyi, Jimmy Owino, and lately Victor Wayodi among others.

Established in 1999, the National Sevens Circuit is an annual series of Rugby Sevens tournaments run by KRU in conjunction with local clubs drawn across the country.

Teams accumulate points based on their finishing position in each edition of the circuit.

Traditionally, the tournament has six rounds, starting with the opening two legs of the Kabeberi and Christie Sevens before heading to Kakamega, Mombasa, Kisumu, and Nakuru for the subsequent legs.

KCB are the reigning champions, having clinched the title in 2019 after claiming crucial victories in the Driftwood, Kakamega, Dala, and Christie Sevens tournaments.

During the circuit, Mwamba tied with Homeboyz in second place as Nakuru and Impala completed the top five positions.