Kenya face Canada, Wales, and France in pool D in Malaga and vice captain Jeff Oluoch expects a stern test in the tourney which reverts to the 16-team format

•He was also superb for the Simbas during the November tour to South Africa. 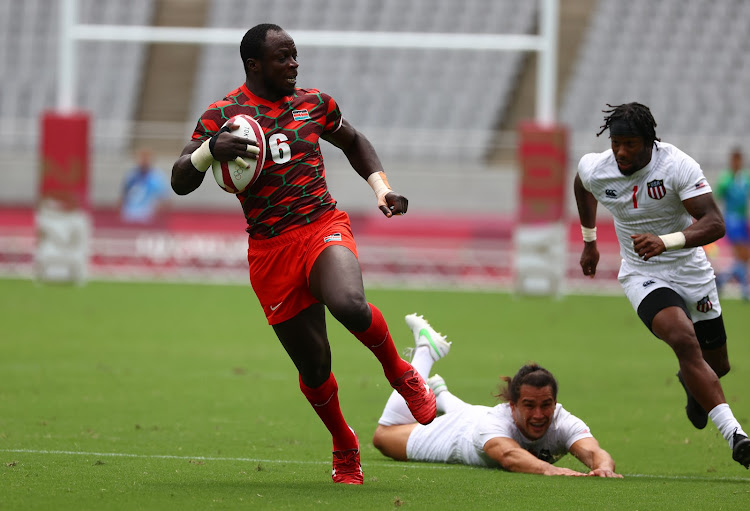 Kabras winger Derrick Ashiundu is the notable inclusion in the Shujaa squad for the Malaga and Seville Sevens slated for later this month in Spain.

The burly paced outside back has been outstanding in training with the team since the start of the new year and was superb for the Simbas during the November tour to South Africa.

Head coach Innocent Simiyu said Ashiundu brings a new dimension to the attack and will be a handful for defences for the two legs when called upon.

“We want to throw him on the big stage and see how he copes. He is a big unit, very skillful, and has the ability to score tries from anywhere. He will be an asset to us," Simiyu said.

KCB utility back Vincent Onyala who missed the two opening legs in Dubai in November due to commitments with the Simbas is recalled.

Shujaa vice-captain Jeff Oluoch said they are relishing the challenge of competing.

“It feels good to be back after the holidays. The first few days were a bit heavy but we got the hang of it as the days kept passing by. Right now the boys are looking sharp and ready for the task at hand,” Oluoch said.

"The pool we’re in is quite an interesting one, worthy opponents but what we do as a team is focus on us first, perfect our plays, the different combinations, and wait to see what is in store for us. We’re glad the sixteen team format is back and we’re hoping for the best in Spain,” he added.

Simiyu's charges only won three out of the 12 matches played in Dubai for the two opening tournaments and the Homeboyz star expects an improvement.

“We have worked on several areas of our game from the kickoff to one-on-one tackling defensive alignment and our attack shape," Oluoch said.