•Festus Shasia Safari who joined the club in January on a loan deal from Mean Machine is set to stay with the Madaraka based side.

•The varsity side are in Pool B and will runners up Kabras, Masinde Muliro University, Nondies, Nakuru and Blak Blad in Pool B . 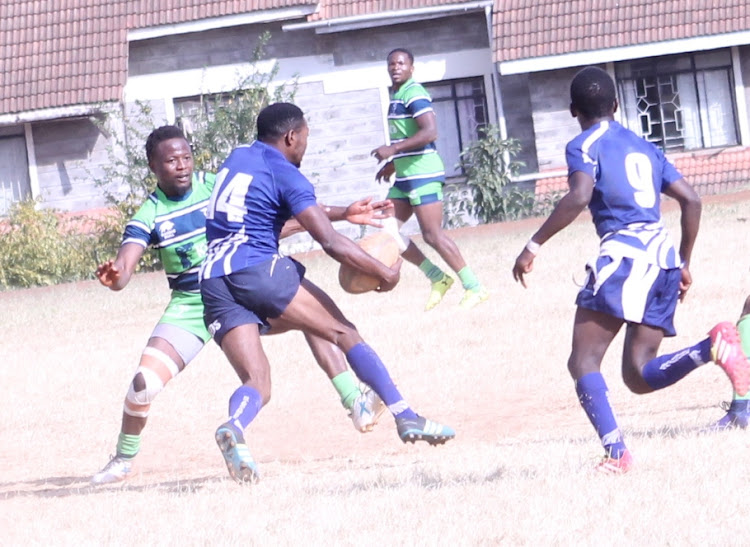 The Madaraka-based club reached the semifinals of the Kenya Cup last season, losing 39-19 to Kabras Sugar in the semifinal.

Head coach Louis Kisia said the new additions will give the club depth and options on what will be a long season.

"We had a great season last year. We achieved our goals of getting to the playoffs and semis and now we need to stay on the same trajectory for the upcoming season,” said Kisia

Festus Shasia Safari, who joined the club in January on a loan deal from Mean Machine is set to stay with the Madaraka-based side.

The former Mwamba player said the club will be going flat out to win the league title.

"The target will be to win the league. We have worked on our weaknesses and I am confident we can go all the way," added Kisia.

Kisia expects a competitive championship with promotion and relegation reinstated.

"It will be tough. You look at Homeboyz, who are back in the league after a year. There are also teams like Impala and Mwamba who will be seeking to improve. It will be cut-throat and every team will raise their game,” said Kisia.

The varsity side are in Pool 'B' and so will runners up Kabras, Masinde Muliro University, Nondies, Nakuru and Blak Blad.

Elsewhere, Joseph Mumo has been picked to officiate the Nationwide Final clash pitting Shamas Foundation and Kabarak University on Saturday.

Mumo, who became a match official in 2018, has progressed through the match official development pathway and has been a regular on the National Sevens Circuit ever since, and will be officiating his first major fifteens final.

Innocent Kimathi and Kevin Wambugu will be his assistants as Paul Kilonzo serves as the Coach Match Official. The Nationwide final will be staged at RFUEA ground.

Shamas, who are unbeaten in the competition reached the final after seeing off Maseno 22-0 in the quarters and Daystar University 17-13 in the semi-final played at RFUEA ground.

Kabarak University, on the other hand, beat TUM Marines 38-29 and defeated Kitale 22-20 at the St. Anthony’s School in Kitale.