Paul Murunga, Kenya Rugby Union Course Coordinator added that the next focus will be on under 18s and an under 20 15s team after the nationwide selection process. 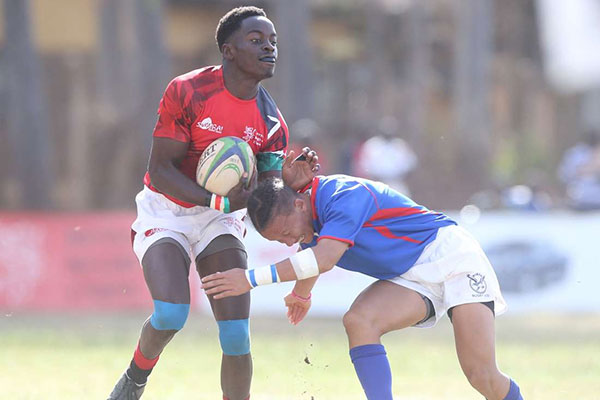 Andrew Matoka fends off a Namibian opponent during the Africa Under 20 tournament last year.
Image: FILE

Up to 18 youngsters from the Western region will battle others from around the country  for a place in the Kenya 7s U20 boys academy after successfully coming through trials held during Huduma Day.

“This will keep the boys active and in shape. I’ve been doing player development since leaving head coach role at Kenya Sevens. We are aiming to groom young players for our future national teams," Murunga said.

The exercise is set to move to Nairobi — East and Central region —in the next two weekends at RFUEA Grounds.

It will culminate in a national U20 7s team, which will comprise a squad that played during Barthes Cup.

To be eligible for selection, players must have been born not earlier than January 1, 2001.

KRU hopes the team will compete as early as October 30-31 at the Safari 7s in Nairobi.

Murunga, the former Homeboyz RFC head coach, added that the next focus will be on under-18 and an under-20 15s team.

“Up to 70 players turned out for the trials. The talent pool is very big in Western region and we had a hard time selecting the 18. These players are very good and will gauge themselves with their peers from other regions in the country,” Okoth said.

Top two teams from East and West plus Chipu will compete in the Nairobi finals  at the same venue next weekend.