Mugani first went to Germany in 2016 to visit his aunt for a one-month holiday.

• He hopes to come back to Kenya to play for the national team.

• Mugani began his rugby career in 2008 when he was in form two at Dagoreti High School in Nairobi. 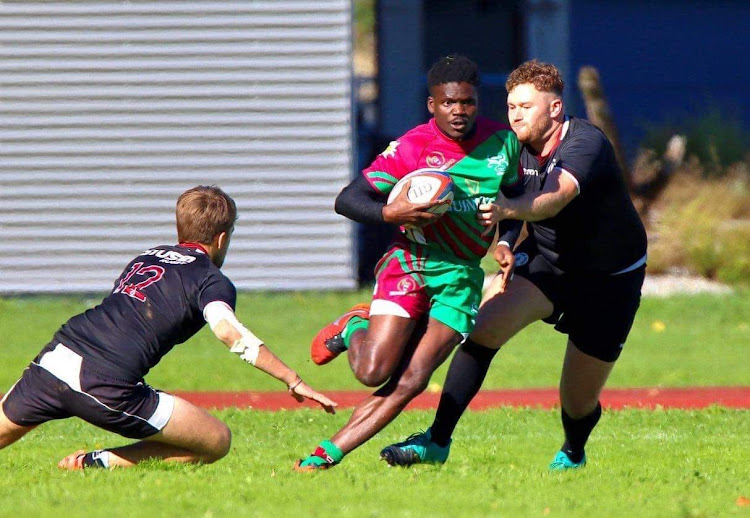 Mugani joined the Allgaeu Rugby team nicknamed “The Mad Cows” in Germany, which plays in the 30-team regional league in Bayern.

He plays as a utility back (Number Nine and hopes to make it to the top-flight league in the country. He also hopes to play for the Kenyan national team.

Mugani started training with the junior team before earning a call-up to play his first match for the senior team on April 15, 2018.

The former winger at Mombasa Sports Club said he had to change his playing position in order to earn a slot in the team.

“When I came to Allgaeu, I realised that they already had many good wingers and this made it difficult for me to earn a spot in the team. The coaches advised me to try the utility back position and I nailed it, thus earning my position in the team,” said Mugani.

He managed to inspire the team to their first-ever regional finals in that year, a move that earned him the ‘2018 Newcomer of The Year Award.’

He was also voted the ‘Face of Kenya in Germany 2018’, an award that recognises talented Kenyans doing amazing things in Germany.

Mugani said in the 2019 and 2020 seasons, he played in all the team’s matches, managing to score a try in each game and winning countless man-of-the-match awards.

He first went to Germany in 2016 to visit his aunt and while at it, used the one-month period to look for a team.

He went back in 2017 and started playing touch rugby with locals in the neighbourhood before a friend recommended him to go and try out with Allgaeu.

The utility back said he has had a good time at the club and that his teammates have embraced him with language barrier being the only hurdle so far.

His teammates have been picking him from home, driving over 40 kilometres from Oberjoch, a village in the municipality of Bad Hindelang in the German city of Oberallgaeu to Bayern City, where they train.

Mugani began his rugby career in 2008 while in Form Two at Dagoreti High School in Nairobi.

His cousin, Butrose Ogolla, who was playing for Maseno School convinced him to play rugby because he was well aware of how first he could run.

“My cousin was the one who convinced me to play rugby. He knew I could run very fast, which would be an asset in my game. He used to train me whenever he came back home for holiday,” said Mugani.

The Kenyan played for Mombasa Sports Club rugby team between 2009 and 2016, when he left for Germany. His career highlight, he said, was being selected to play at the Bamburi Rugby Super Series in 2013.

“This was a big thing for me. The tournament brings the best of the best across the East African region. I was hoping this would earn me a call-up top the national team without having to go to Nairobi, but it was not to be,” said Mugani.

He narrated about having played with the likes of Darwin Mukidza and Mathew Musita at Mombasa Sports Club, both of whom have since represented the country at various international tournaments after relocating to Nairobi.

So far, Mugani's regret in his career is missing out on an opportunity to play for the Barbarians back in 2016. However, he is still hopeful of a second chance.

“I got an invite from one of the referees of the games then, Gina Woods, but was unable to make it to Frankfurt. The Barbarians is an invitational rugby team that brings together some of the best players in the world to play against each other with scouts coming in to look for players for their clubs,” he said.

He said he gets his inspiration to continue playing from Kevin Stiles, an international touch rugby player with the Ireland national team, who also sponsored his high school education in Kenya through a Mombasa-based organisation — Sponsor an African Scholar (SAAS).

Mugani is currently in his third year doing his apprenticeship at the Oberjoch Familux Resort, where he resides and hopes to major in Hotel Management.

He has been involved in charity events that aim to raise money to fund youth initiatives in Kenya.

“When I won the Face of Kenya in Germany award in 2018, I channeled the over 1,000 euros raised to support Talanta Youth Football Club. I’m glad that the team has grown to start a female club for young girls in my hometown of Bunyala in Busia County,” concluded Mugani. 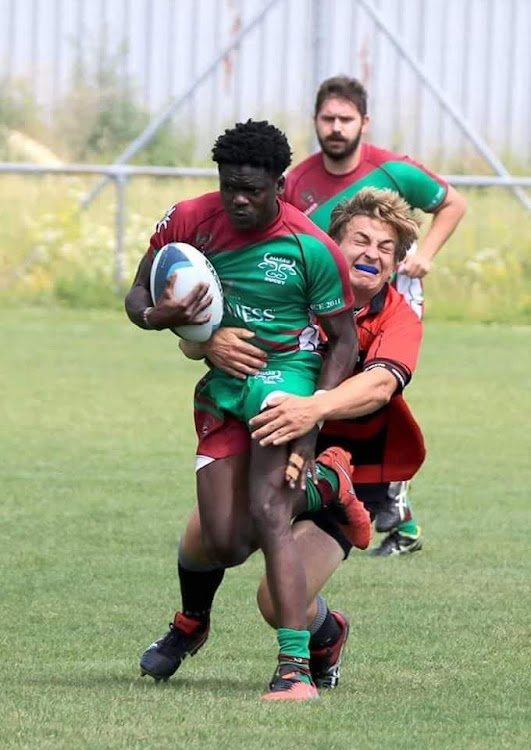