The US publication recognised Minjire alongside Melanie Keita, his co-founder at Melanin Kapital, an initiative which links African startups with European companies.

•Minjire and his partner turned into juice the bitter lemons that COVID-19 pandemic presented after the subsequent lockdowns forced them to think outside the box. 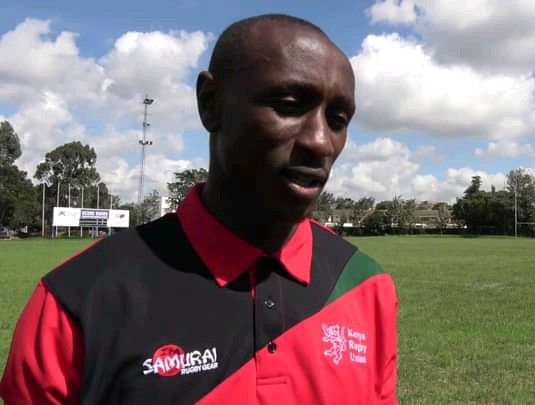 The Kenya Rugby Union Board on Monday congratulated former Impala Saracens and Kenya Sevens player Ian Minjire for being named on the Forbes’ 30 under 30 list.

“We wish to congratulate Ian Minjire for his recognition and achievement,” said the board in a statement.

The 28-year-old, who is currently based in Germany where he features for SC 1880 Frankfurt on a sports scholarship, makes the cut in the finance category of the Forbes European list for 2021.

The US publication recognised Minjire alongside Melanie Keita, his co-founder at Melanin Kapital, an initiative that links African startups with European companies.

They are considered top 30 among the list of Europe’s financial talent that is setting out to shape the financial industry of the future.

Minjire was ecstatic after the news trickled in, saying it capped off his tedious but successful journey to realising his dreams of establishing a financial empire.

“Feeling absolutely blessed, truly humbled and honoured to be part of Forbes 30 under 30 Europe 2021. The journey has been long and tough, but worth it!

“As an athlete, passion and talent are not enough if there is no food on the table at home. I have been lucky to get access to finance through scholarships and fundraising through mentors,” said Minjire.

Minjire and his partner turned into juice the bitter lemons that Covid-19 pandemic presented after the subsequent lockdowns forced them to think outside the box.

Prior to the pandemic, he helped steer SC 1880 Frankfurt to the third Rugby-Bundesliga title.

“Frankfurt being a financial hub and through discussions with my co-founder, I opened up my mind to networks and ideas on sustainability and social enterprise that would be the dream of a serial entrepreneur like me in Africa," said Minjire.

“As an engineer and social entrepreneur, the lack of support from an ecosystem has made it a challenge for me and my fellow African entrepreneurs to scale up businesses that transform the community."

“As a Kenyan and African in Germany, I am grateful to represent my people, share knowledge of the struggle and build a bridge to Africa by harnessing the power of finance,” Minjire said.

The 30 under 30 achievers are paraded annually by Forbes, who collate a list of the most influential people aged 30 and below. They are thereafter classified into 10 categories, including art and culture, manufacturing and industry and science and healthcare.