No shortage of debate among pundits after Wales win

•French referee Pascal Gauzere instructed England captain Owen Farrell to speak to his players after a spate of early penalties.

•Wales scored four tries against England for the first time in 23 years and ran out deserved winners after cashing in on the visitors’ indiscipline but it was the scores by Josh Adams and Liam Williams that have got everyone talking. 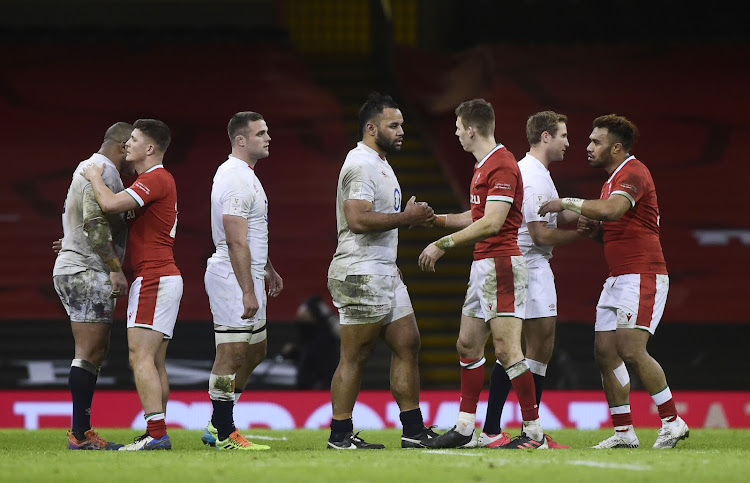 England’s coach and captain remained tight-lipped over the controversial decisions that gave Wales two early tries in Saturday’s 40-24 Six Nations victory in Cardiff but there was no shortage of debate among pundits.

Wales scored four tries against England for the first time in 23 years and ran out deserved winners after cashing in on the visitors’ indiscipline but it was the scores by Josh Adams and Liam Williams that have got everyone talking.

French referee Pascal Gauzere instructed England captain Owen Farrell to speak to his players after a spate of early penalties.

They were just emerging from that huddle under the posts when the referee signalled for the game to restart. Wales fly-half Dan Biggar immediately sent a high kick into the unguarded corner for Adams to catch and score. A furious Farrell remonstrated with the referee but was brushed aside.

Soon afterwards Wales winger Louis Rees-Zammit dropped the ball in flight, throwing his head back in dismay, and though Williams collected it to score, everyone on the pitch appeared to assume play would be called back for a knock-on.

However, the TMO ruled that Rees-Zammit had dropped it on to his leg and so, even though it travelled forwards, it did not count as a knock on. Farrell held his tongue in a tetchy post-match interview with the BBC.

“There is no point in talking about it now,” he said. “That is for everyone else to talk about. Maybe there were tough calls but we’ve got to be good enough to overcome that.”

Coach Eddie Jones took a similar approach. “They’re huge decisions, we can’t debate it - we are not allowed to debate it. All I will end up with is a fine and that won’t help anyone,” he said.

Former England captain and coach Martin Johnson had a different view. “I’m speechless, that is appalling refereeing,” he said of the first try in his role as a TV analyst.”

There was further support for England from a prominent Welshman, former international referee Nigel Owens.

“It was 100 per cent a knock-on,” he said. “Rees-Zammit definitely touches the ball and it travels forward on to his calf, then goes backwards and then comes off an England player. It’s irrelevant that it’s gone backwards off his calf. The fact is it’s gone forward first before that.”

Former England prop David Flatman, also working as a pundit, stirred the pot. “The first half was an oval-shaped omnishambles,” he said. “If Louis Rees-Zammit didn’t knock that on, then the game I’ve been watching for 40 years isn’t rugby.”

The final comment was a reference to the 14 penalties England conceded, three of which were turned into nine points in the final 15 minutes by replacement fly-half Callum Sheedy to take the game out of the visitors’ reach after they had battled back to 24-all.

“There were times we gave away penalties we shouldn’t have, it was just from the effort and sometimes you get in situations where emotionally you struggle because of the circumstances and you try too hard,” Jones said.