•The coach admitted that Kabras will be a force to reckon with in the 2021 season after emerging second in the past three seasons. 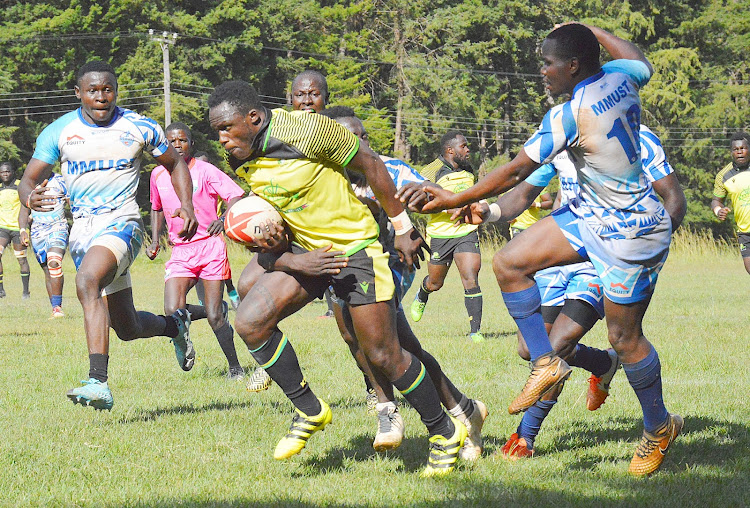 Kabras, who are the reigning Enterprise Cup champions, thrashed the varsity side 56-0 on Saturday, in their first Kenya Cup match of the season played at the Kakamega Showground.

The coach predicted that his side will be a force to reckon with in this season after emerging second in the past three seasons.

"We can tick the box and say Kabras has done well. We have seen improvement after Sisimuka Charity Cup," said Nyathi .

He continued,"Our approach is not the final result but we look at many things including good defence, attack and how to capitalise on opponent's mistake."

Nyathi cited communication among players and execution as key areas he intends to work on in training ahead of their match against Strathmore Leos on Saturday. "If we get communication right, the execution will be perfect for the players on the pitch. As we resume our training on Monday, we shall analyse ourselves," he said.

The former Zimbabwe international said lack of fans on the pitch has created some slight impact on the game but noted that the players have not been affected by the unavailability of fans to cheer them from the touchline.

"We stood with our players during coronavirus pandemic and we shall continue to support them with whatever is necessary. Our target is lift this season's trophy, " said Tej.

According to Tej, the players understand well the Kabras brand and that is why they are putting in more effort in every game.

" The players and coach are taking one game at a time, it is just but the beginning of the season so we hope to continue seeing positive results from the team," said Tej.