Such feat would cement their place in Kenya's sporting history books as the first team sport since the country's independence to win a medal at the quadrennial extravaganza.

• However, the team has also faltered when it mattered the most, most notably the 2016 Rio Olympics and 2018 Rugby World Cup Sevens in San Francisco 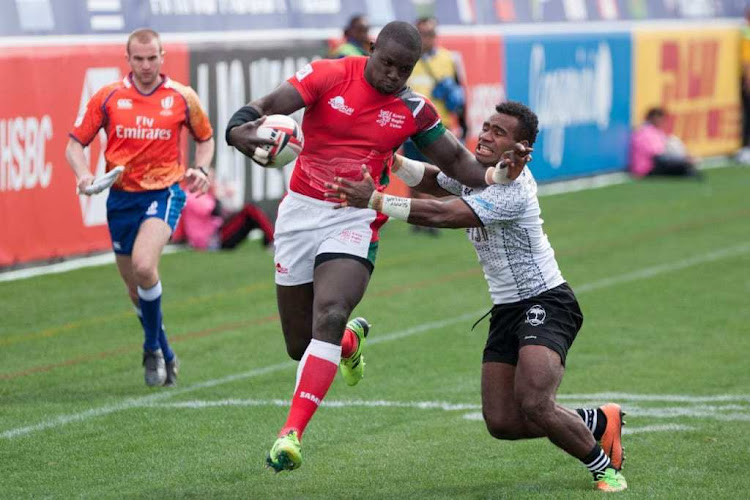 To be prepared is half the victory...

Spanish writer Miguel de Cervantes may not have had the Kenya Sevens' team in mind when he coined this expression but it virtually sums up Shujaa and the situation that confronts them as they prepare for their second appearance at the Olympic Games, in Tokyo, Japan in July.

Bar athletics, Shujaa have been one of the country's main source of pride in the last decade or so.

Following years of inconsistency in the World Sevens Series, Shujaa bagged their first-ever Main Cup tournament title in 2016 when they beat highly fancied Fiji 30-7 at the Singapore Sevens.

The win in the city-state was the culmination of two near-misses in the circuit; first going down 26-7 in 2009  to South Africa in Adelaide, Australia and losing 19-14 in sudden death to  England in Wellington in 2013.

The boys also reached the semifinals of the 2009 Rugby World Cup Sevens tournament in Dubai and 2013 in Moscow in its best-ever performance in this tourney.

In the 2017 -2018 season, under current coach Innocent Simiyu, they attained an incredible  104 points — their highest-ever point tally and the first time they had broken the century barrier.

For all the achievements and accolades, however, the team has also faltered when it mattered the most.

Prominent events, which come to mind include the 2016 Rio Olympics, 2018 Rugby World Cup Sevens in San Francisco and the 2018 Commonwealth Games in Gold Coast, Australia where Shujaa recorded dismal outcomes.

As the countdown to Tokyo continues, the boys are determined to right these wrongs and upset the odds by squeezing into the medal bracket despite the presence of many giants.

Such feat would cement their place in Kenya's sporting history books as the first team sport since the country's independence to win a medal at the quadrennial extravaganza. Simiyu has been a mainstay of Kenyan rugby and thus none is better placed than him to identify the ills preventing the national team from soaring above the sky.

The Nairobi School alumnus started out as a player at Impala RFC, transitioned to a skipper before venturing into coaching.

He believes proper preparations are key  to perform exceptionally at global events.

“When I go back to my playing days, like the 2009 season, we had solid preparations for both the Circuit and World Cup in that year. We delivered and the same needs to apply for the Olympics this year,” Simiyu, who was part of the playing unit that reached the semis in Dubai, says.

The former Impala coach-cum-utility back had his first taste of international events as a coach during the 2018 Commonwealth Games in Gold Coast, Australia where bad luck and injuries hampered Kenya's chances of medalling at the event. 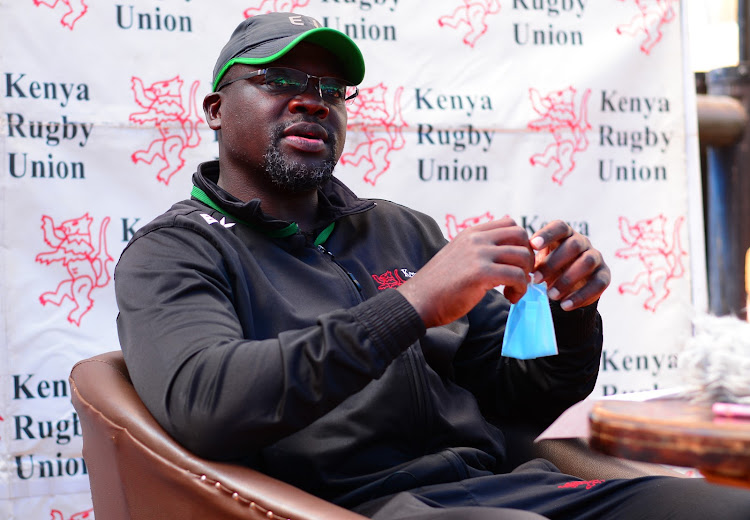 He is hoping and praying a repeat of the same is not on the cards this time round.

"We had seven injuries on the first day and that disrupted our rhythm and planning. In terms of preparations, we had done everything right but sometimes sports can be cruel," he observes.

In the subsequent classification clash, they lost 33-5 to hosts Australia.

His lowest point came in  June 2009  during the Paris Sevens when the squad blacked out the Magical Kenya logo on their jerseys in protest over unpaid allowances — much to the chagrin of  many Kenyans.

Consequently,  Simiyu got his marching orders from Kenya Rugby Union albeit he was later reinstated  by then Sports Cabinet Secretary Rachid Echesa.

The players went on strike for four weeks, missing crucial training period for the World Cup Sevens tournament in San Francisco in July.

Their poor preparations told as Simiyu' charges struggled in the sweltering heat of California only winning  19-7 against Tonga.

“The lack of training cost us and that is something I would not want to see happening again. There was too much drama behind the scenes which affected our performance,” he says. Shujaa had a dismal showing at Rio Olympics, finishing a disappointing 11th place out of 12th — their sole win, a  24-0 drubbing of hosts Brazil.

The then Benjamin Ayimba-tutored side lost 31-7 to England, 28-5 to New Zealand, and an embarrassing 31-7 loss to minnows Japan in the preliminaries.

Their misery was further compounded when they lost 14-12 to Spain in the classification match.

Long-serving skipper Andrew Amonde says there was a casual approach to preparations for Rio resulting in the dismal show.

“The Olympics is something else; it's where the best athletes and teams converge and preparations set you apart. Most of us treated it like a World Sevens Series event and we paid the price with a poor performance,” Amonde notes.

The Kenya Commercial Bank stalwart said  the team is better prepared this time round.

"We have learnt our lessons and our preparations are much better. The drive and focus of the players is on another level,” he says.

Alongside their female counterpart, Kenya Lionesses, Shujaa have been invited to two tournaments in Madrid this month as part of preparations for Tokyo.

“The two tournaments in Spain will be an indicator of whether we are  headed in the right direction or not. We are playing against big teams and it will be a good indicator of our strengths and weaknesses and where we need to improve” Simiyu observes.

Further tournaments are lined up in France and England in April and May, respectively to give the side adequate preparations for the global extravaganza. 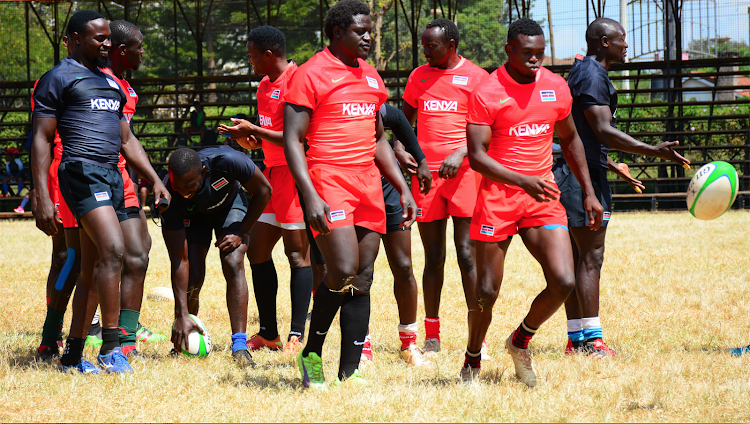 Even as they dream of glory, the odds are against the local boys because seasoned powerhouses, such as New Zealand, Fiji, South Africa and Australia will also be going for nothing less than a medal.

Despite the Covid-19 pandemic and disruption, Simiyu is aware that these rugby giants  have been hard at training.

“Our competitors have had longer training periods. Countries like New Zealand have played tournaments at home as well as Fiji. As for us, we are relishing the challenge and our training has gone on well,” Simiyu adds.

Regardless, Simiyu is focused on imparting his ideals on the charges.

His philosophy is down to three things: expansive playing style coupled with physicality, health, team environment and skills.

On players' return to training, there are no injuries though some players have had to adjust accordingly to conditioning.

“ Our players have been out for close to nine months so when they came back, they had to adjust to a tough regimen to get them well-conditioned for the task ahead," Simiyu explains.

"The four pillars are very key; I want the team to play expansively with physicality while adapting to the team environment. They have to be skilful as well as execution in order to compete with the world's best teams," he says.

He explains the sevens game has become faster in the last two seasons hence Shujaa must adapt to the rigours of the game.

"We need to be consistently quick, agile and well-conditioned. I also like my team to possess the ball in play for longer periods, testing stamina and endurance. These are the new nuances of the game,” Simiyu says.

The coach lauds the government and National Olympic Committee of Kenya(NOCK) for their support in regards to Tokyo.

“The two have done a good job in ensuring that our training, finances are well taken care of in the build-up to Tokyo. We are grateful for the support.”

1999: Shujaa land invite for the Dubai and George Sevens

2004: Kenya becomes core side of the World sevens series

2013: Shujaa lose to England 19-14 in sudden death in final of the Wellington Sevens in New Zealand

2009 and 2013: Shujaa reach the World Cup Sevens semis in Dubai and Moscow respectively.

2018: Attain their highest ever points tally in the World Sevens Series by bagging 104 points under head coach Innocent Simiyu