•In his first stint with Cadovillis, Ayimba played a pivotal role as Quins qualified for the Kenya Cup semifinals, losing to eventual champions KCB 46-13 during the 2018/19 season. 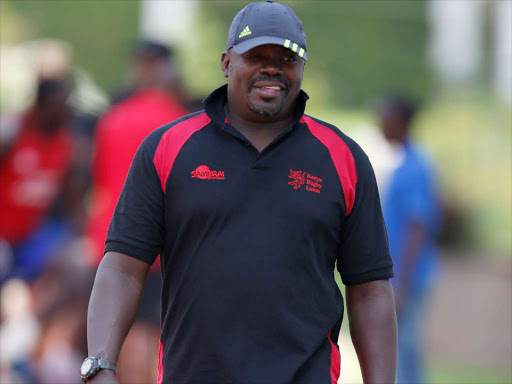 This will be Ayimba's third season in that capacity having served under previous head coaches, Charles Cadovillis and Dominique Habimana.

In his first stint with Cadovillis, Ayimba played a pivotal role as Quins qualified for the Kenya Cup semifinals, losing to eventual champions KCB 46-13 during the 2018/19 season.

Ayimba will be under Belgian Antoine Plasman, who was appointed in August, and their role will be to ensure that Quins qualify for the playoffs after missing out on the top six last season.

Speaking on Thursday, Quins chairman Michael Wanjala said continuity was key in the appointment of Ayimba for the upcoming season.

"Benja has been with us for the last three seasons and having him will improve the side. He will help us with certain aspects of the game and improve in areas where we struggled last season and as well offer advice to Antoine," added Wanjala.

Wanjala expressed confidence that when the season starts, the club will be in the mix for the playoffs.

"Our players started going to the gym in the final two months of the year and we have already met as a group and spoken of our need to be contenders for the upcoming season,” added Wanjala.

Wanjala was hopeful that the squad will start their pre-season this month if the government gives the sport the go-ahead to resume activities following a restrictions imposed in the fight against the spread of Covid-19.