Shah was followed by Kevin Anyien with 85 as the curtains for 8-tour leg whic began in November 2022 were finally brought down.

• Antonia Mbuthia scored 88 to take the runner up position in the girls 15-18.

• Junaid Manji was the winner in the 13-14 year old boys category, scoring 71 gross points, and Shashwat Harish came in second with 78 gross. 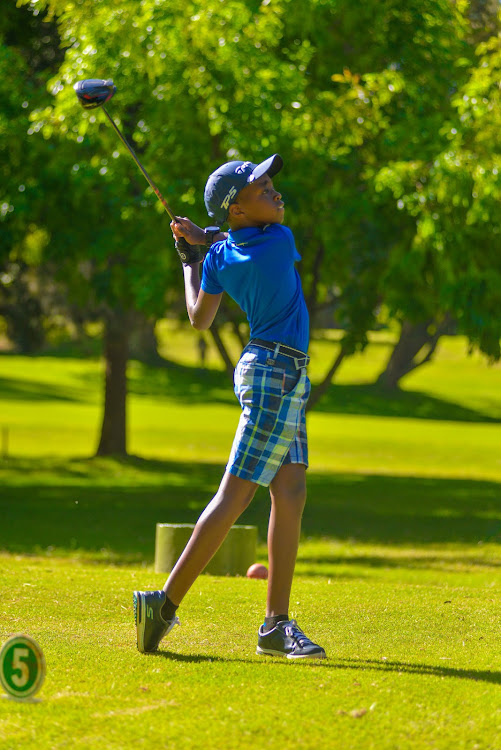 Shah was followed by Kevin Anyien with 85 as the curtains on the 8-leg tour, which began in November 2022, were finally brought down.

Junaid Manji was the winner in the 13-14-year-old boys category, scoring 71 gross points, and Shashwat Harish came in second with 78 gross.

Yuvraj Rajput won the 12-year-old boys' category with 85 gross points and Mwathi Gicheru was the champion among the 11-year-olds with 76 gross.

Jeff Kibe, Ivan Kimutai, and Trevvy Mungai were the winners among the eight, seven, and six-year-olds.

Antonia Mbuthia scored 88 to take the runner-up position in the girls' 15-18. Audrey Gachora claimed victory in the 13-14-year-olds with 81 points and Rohini Shah came second with 88 gross points.

Sophia Nesbitt starred among the 11-12 year-olds having hit 82 gross points. Cherono Kipkorir came in second with 86.

Aria Dodhia was the winner among the 9-10-year-old girls with 41 gross points, followed by Kanana Muthomi who managed 42. Finally, Wairimu Koi was the champion among the 8 years and under girls’ category with 43 gross points.

NCBA Group MD John Gachora noted the importance of the tournament in advancing golf in Kenya and pledged the company’s support moving forward: "The tournament was exciting and it's clear that the future of Kenyan golf is bright going by the level of golf skills displayed by the juniors. We look forward to supporting the growth and development of the sport in the country for years to come.”

The tour which was held during the school holidays featured 8 events played across Thika, Windsor, Karen, Muthaiga, Royal, Sigona and VetLab golf clubs.

It attracted over 1300 golfers from Nairobi who got a chance to compete and hone their skills in age-appropriate competitions.

In the individual category, Ogweche of Kisii Sports Club beat 29 other golfers to emerge the winner ahead of Thomas Odongo and Elijah Adul.
Sports
2 weeks ago