Kipchoge, 37, reclaimed the Sportsman of the Year award, after losing it the previous year

•Both Kipchoge and Kipyegon have been on top of their game in recent years, wowing the world with masterstroke performances. 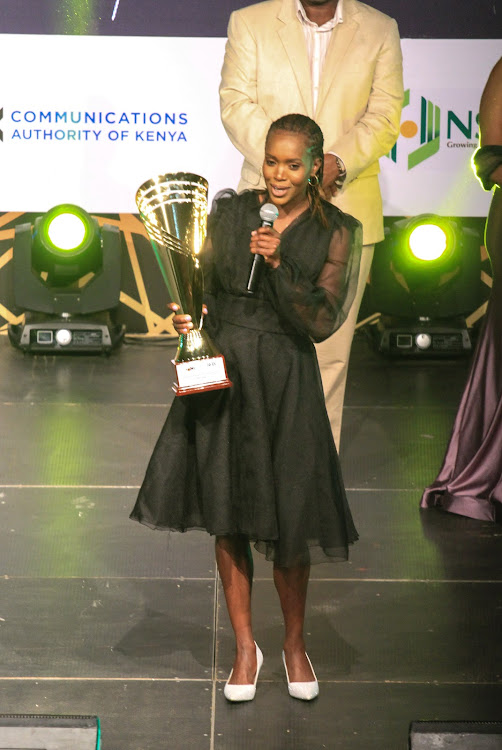 A black-tie gala was held at Nairobi's Kenyatta International Convention Centre (KICC) on Friday night for the 19th edition of the Sports Personality of the Year Awards (Soya).

Both Kipchoge and Kipyegon have been on top of their game in recent years, wowing the world with masterstroke performances.

Kipyegon was earmarked for the top honour after storming to the world 1,500m gold podium at the Oregon22 in Eugene, where she effectively reclaimed the title she lost in Doha during the 2019 championship.

The middle-distance queen went on to win the Diamond League leg in Monaco in 3:50.37, just three-tenths of a second slower than the world record.

She also retained her Diamond League Trophy, winning in Zurich on September 8 in 4:00.44 and was nominated for the 2022 Women's World Athlete of the Year Award for the second time.

Kipchoge, 37, reclaimed the Sportsman of the Year award, after losing it the previous year.

The marathon legend pulverised a talent-laden list of nominees in the category, including Commonwealth Games 100 meters champion Ferdinard Omanyala and the Olympic and World 800m champion Emmanuel Korir.

He, too, has been in a league of his own, amassing titles on the spur of the moment.

Kipchoge established a new world record by winning the Berlin Marathon in 2:01:09, breaking his previous time of 2:01:39 set in the German capital in 2018.

The two-time Olympic champion won his 15th marathon victory in 17 attempts, cementing his status as the greatest marathon runner in history.

The Most Promising Boy award went to Andrew Wahome, who was recently named South Africa's golfer of the year while Medina Okot, a key member of the Kenya Ports Authority (KPA) Basketball team that won the national championship was named the most promising girl.

At the awards, Kabras Sugar RFC was named Team of the Year, defeating Team Kenya's 4x100m quartet. Kabras won the Kenya Cup rugby league as well as the Enterprise Cup.

Coach Japheth Munala of the Kenya Commercial Bank volleyball women's team was named Coach of the Year, while his team defeated the Kenya Lionesses and Nairobi Water Handball teams to win Sports Team of the Year.

The competition was so intense that tense moments filled the room every time MCs Torome Tirike and Carol Radull announced the winners.

There is no doubt that the industrious team of organizers deserves kudos for the event's success.

In addition, the event received sponsorship from numerous corporate entities worthy of mention. Such noble concepts need to be supported by more organizations.