To some, Gnonto’s move from FC Zurich was seen as a consolation prize after more glamorous moves for Cody Gakpo and Bamba Dieng failed to materialise.

• Gnonto, now 19, has also scored one of the best goal’s of this and most FA Cup seasons.

• Having gained a football education at Inter Milan’s academy, Gnonto nurtured his brain away from it and has not been scared to forge his own path. 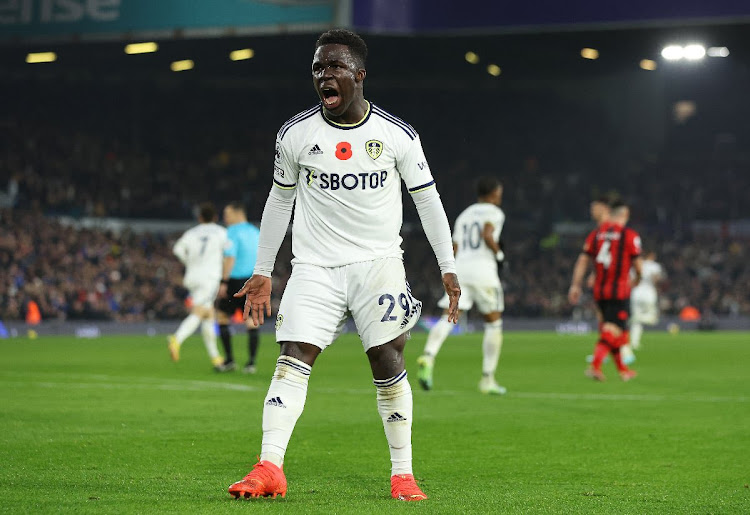 Wilfried Gnonto’s arrival at Leeds on deadline day last summer was met with little fanfare outside of his new home city.

While an Italian international, the then-18-year-old had been plying his trade in Switzerland, commanded a relatively modest fee of just £4m and was described by his new manager as “not Premier League ready”.

To some, Gnonto’s move from FC Zurich was seen as a consolation prize after more glamorous moves for Cody Gakpo and Bamba Dieng failed to materialise.

In just a few short months, though, the diminutive forward has not only shown he is prepared for anything the English top flight can throw at him, but is arguably his club’s most impressive and consistent performer.

Gnonto, now 19, has also scored one of the best goal’s of this and most FA Cup seasons.

In keeping with the rapid way he has taken to English football, it took just 26 seconds of Wednesday’s third-round replay against Cardiff for him to light up Elland Road. With Rodrigo turning in from the right, Gnonto signalled his readiness, darted in behind Tom Sang to the back post and rose with perfect timing to the deep cross to scissor-kick a volley into the roof of the net.

It was from much closer range, but still evoked memories of the volley scored by his compatriot Paolo di Canio for West Ham against Wimbledon in 2000.

As pandemonium erupted around him in the stands, summariser Pat Nevin told BBC Radio 5 Live: “You won’t see too many better goals tonight, this week, this season.

“That was astonishing technique. That is an astonishing goal. He scissors it, technically you’re not supposed to do that but he did it and he did it brilliantly.”

That wonderful technique, close control, electric pace and a strength that belies his 5ft 5in height are the qualities that immediately strike you about Gnonto.

It was apparent when he was somewhat surprisingly thrust into the spotlight of international football by Italy boss Roberto Mancini in June last year, picked to select the country of his birth rather than that of his Ivorian parents.

Coming on as a substitute in a Nations League game against Germany, his driving run and low cross gave Lorenzo Pellegrini the easiest of finishes. Ten days later, in the return game, he netted his first international goal in a 5-2 loss — beating Bruno Nicole’s 64-year record as Italy’s youngest goalscorer.

These qualities are now allowing him to thrive in England. In nine appearances across the Premier League and FA Cup, he has looked entirely at home. Since the restart of the season after the World Cup break, Gnonto has been Leeds’ best player.

At Aston Villa on Friday he terrorised home full-back Ashley Young, eventually setting up a late finish for Patrick Bamford that came too late for the Whites to get anything from a game they dominated in large part thanks to him.

Against Cardiff, he was again the sharpest thorn in his opponent’s paw, running at defenders, holding them off, darting into one space, arriving in another. It would be easy yet foolish for marking defenders to assume he is a soft touch based on his size. In fact, his stocky frame and low centre of gravity make him like a tank travelling at top speed.

On another night, people would wax lyrical about his second goal, a neat turn inside and low finish inside the near post. But few will remember it as a result of the sheer brilliance of his first.

Afterwards, Gnonto told ITV Sport he thought Di Canio’s strike — scored three years before he was born - was better, hinting at humility, a quality that has also quickly become obvious since he arrived at Leeds.

Having gained a football education at Inter Milan’s academy, Gnonto nurtured his brain away from it and has not been scared to forge his own path. Besides Italian, he speaks English, French and German, and studied Latin and Greek before football swept him up.

When a route into the Inter first team seemed impossible to navigate, Gnonto took the decision to move club and country, upping sticks and shifting to Swiss side FC Zurich - a small club in an unglamorous league, but one where he could develop at his own speed.

It is a strategy Leeds intended to employ themselves when they brought him to the club, hence Marsch’s suggestion that he was one for the future rather than the present.

That he has developed at such a rapid rate clearly delights everyone at a club in dire need of positives in what has been a tough season to date.

“Wilfried is a fantastic kid,” fellow forward Patrick Bamford told ITV after Wednesday’s game. “He’s really humble and down to earth and that just makes all the players warm to him. He’s just getting better and better with each game.

“He came in probably as a prospect for the future. It has surprised the whole club, but he has been with the Italian first team for a few games now so we knew he had that potential if you like. He is showing that now on a game-to-game basis which is good.”

Marsch picked up on this in his post-match comments as he added: “We knew about him for a while and the idea was more to bring him in for the future.

“But because of where we were on deadline day and we knew him we thought, ‘why don’t we bring him in six months early and start the process a bit early’.

“He is a very intelligent, humble, grounded human being who wants to improve and work hard and believes in the process we have created for him.”

With Gnonto rising, Rodrigo providing performances on a level comparable to the best forwards Marsch says he has worked with (and that includes Erling Haaland), Patrick Bamford back scoring, Georginio Rutter joining for a club-record fee, Luis Sinisterra fit and Crysencio Summerville and Jack Harrison as options, Leeds’ attacking options are mouthwatering.

Standing tallest among them is the shortest of the lot. Marsch was asked how much Gnonto might now be worth now.

Eleven Premier League clubs make up the top 20 in their Money League study from the 2021-22 season.
Sports
1 week ago

The standout game of the week is on Tuesday night and sees league leaders Arsenal take on the third-placed Newcastle United.
Sports
4 weeks ago
Post a comment
by BBC
Football
20 January 2023 - 00:00
Read The E-Paper