'BRING ON THE DEVILS'

Saliba said: “We are not focused on our rivals, we are focused on ourselves. There are lot of games to go but we are totally up for the battle and we can win the title this year.”

• Liverpool take on Chelsea which is virtually Klopp v Potter with the winners climbing towards a Champions League spot and the losers more or less saying goodbye to top four.

• After an anxious wait, Newcastle coach Eddie Howe has confirmed that after a scan, midfielder Bruno Guimaraes will be out for a few weeks at the most and not several months as first feared. 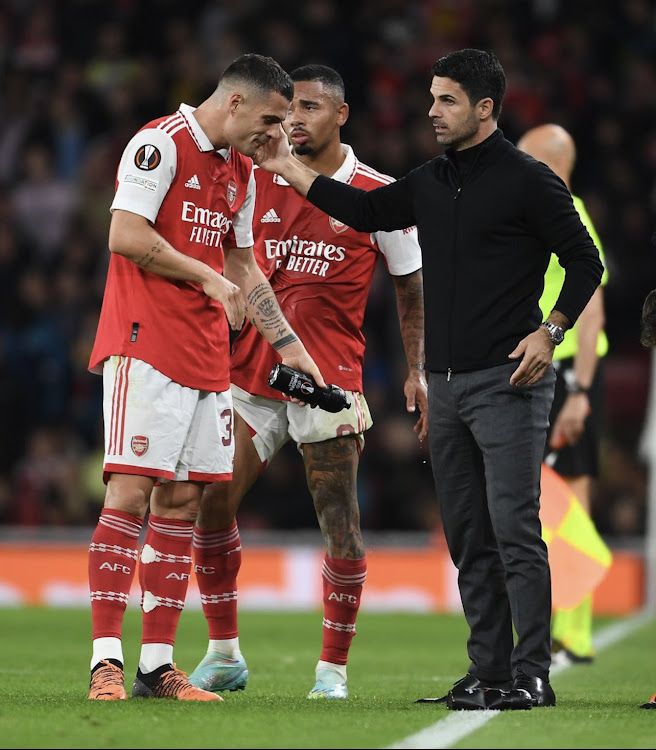 Arsenal manager Mikel Arteta with Granit Xhaka in a past match
Image: FILE

William Saliba says the energy in the Arsenal camp is sky high and the players do not feel any extra pressure despite finally being odds-on favourites to win the Premier League title.

After suffering season-long comments from the media and the football community that the Gunners could not last and would slide down the table, Mikel Arteta’s team have proven everyone wrong. If they do win the title it will be the first time in 19 years.

Saliba said this week: “We are not focused on our rivals, we are focused on ourselves. There are lot of games to go but we are totally up for the battle and we can win the title this year.”

After spending much of last season on loan in France at Marseille, Saliba has been a very important player for Arteta this year. The club are preparing a new deal to pump up his contract when it expires in 2024 but there is an option to extend it by another twelve months.

Having dispatched of Tottenham last weekend, next up is Manchester United on Sunday and that will be a true test of two teams in top form. United are the only team to have beaten Arsenal in the league this season and they have won nine games in a row.

This weekend is very much about managers who are desperate not to lose after a string of poor results. Liverpool take on Chelsea which is virtually Klopp v Potter with the winners climbing towards a Champions League spot and the losers more or less saying goodbye to top four.

The situation between West Ham and Everton is vital for both managers and a loss could be their last game in charge. Frank Lampard is on very thin ice at Everton where even the board of directors are not attending matches in case they are attacked by fans who last weekend chased the players’ bus, throwing missiles as they shouted abuse after another defeat.

The Hammers’ David Moyes has admitted that he could be collecting his belongings and driving out of the home ground on Monday for the last time if a positive result is not achieved at Everton. 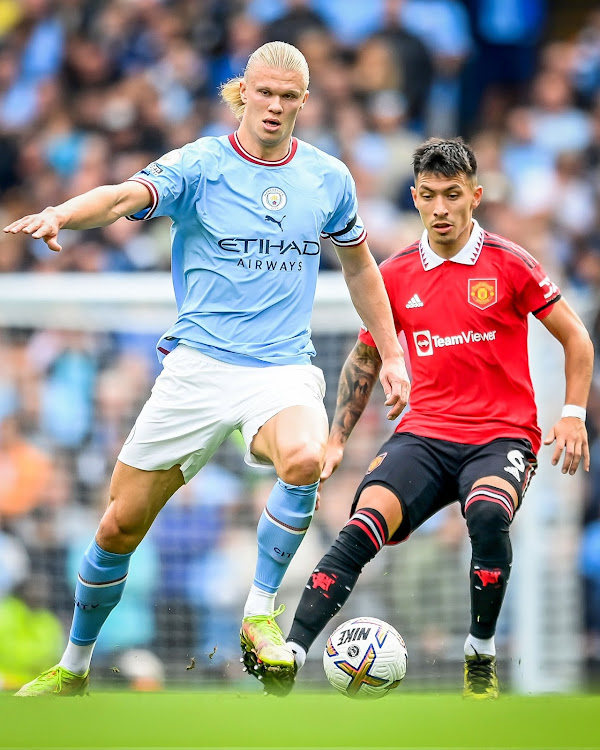 Haaland must be more involved

Having lost to close derby rivals Manchester United, the City coach called his players together where they discussed how to involve Erling Haaland more in games. Guardiola showed a video of Haaland running into open spaces and near to goal and then being frustrated by the lack of direct passes and opportunities to score.

City are a clever footballing side with lots of possession, clever jigs and turns and dribbles but without creating that final thrust at goal, they won’t score, which is why they paid for Haaland.

It is no fault of the Norwegian because he did his part but Guardiola pointed out that Riyad Mahrez, Bernado Silva and Phil Foden do not seem to have learned how effective Haaland was earlier in the season after being supplied with constant direct passes from Kevin de Bruyne.

Those passes, from fellow forwards, have largely dried up and it resembles the City of last season when they played with a ‘false 9’.

Danilo flies in from Brazil

Big spending Nottingham Forest are delighted to have signed Brazilian defender Danilo for £16million. As I write this column, the midfielder is expected to take a medical and join coach Steve Cooper because of the injury to Senegal’s excellent Cheikhou Kouyate, who is sidelined until March with a hamstring injury. Cooper is linking Danilo with new recruit Gustavo Scarpa, who has played well since arriving at Forest. 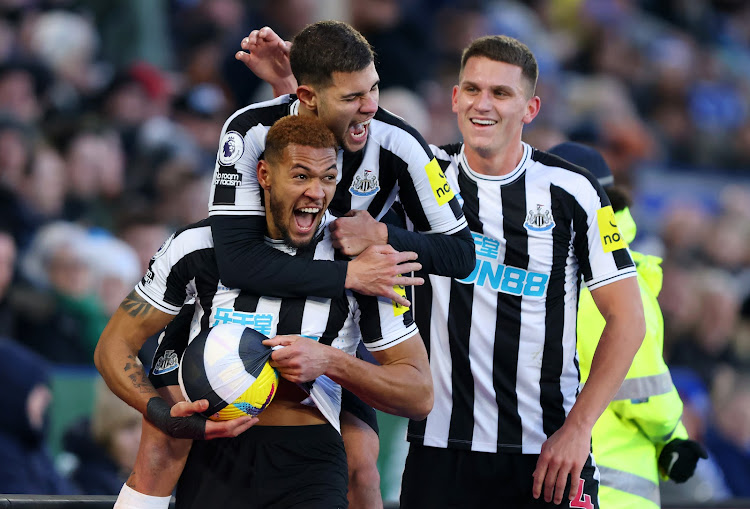 Newcastle players celebrate a goal in a past match
Image: FILE

After an anxious wait, Newcastle coach Eddie Howe has confirmed that after a scan, midfielder Bruno Guimaraes will be out for a few weeks at the most and not several months as first feared.

It was thought the Brazilian had torn ligaments during Sunday’s 1-0 win over Fulham. He left the field in tears after turning on his ankle. Bruno left St James’ Park on crutches and wearing a protective boot. Howe thinks a week on the treatment table with team medics and physios could be enough to have him back in a week’s time.

Football is a cruel business. Arsenal thought the Shakhtar Donetsk’s Ukrainian winger Mykhaylo Mudryk was all theirs and were making preparations to welcome him to the Emirates.

Chelsea, however, had other ideas and co-owner Behdad Eghbali and head of recruitment Paul Winstanley boarded a plane on Saturday and flew directly to Turkey where they agreed a deal with Shakhtar president Rinat Akhmetov.

Mudryk also thought he was going to Arsenal and had been watching their games on the internet. The Chelsea pair flew back to London on Saturday evening with Mudryk’s signature securely sealed. Mudryk had been persuaded to join Chelsea in an international phone call between London and Turkey when he was assured that he would automatically go straight into the first team.

Both Chelsea and Arsenal were prepared to pay £62million for Mudryk but the Blues put another £26.5million on the table in additional incentive payments and bonuses which Arsenal would not match.

He has signed an astonishing eight year contract worth £60million. As I write this column, Chelsea coach Graham Potter is trying to decide whether to pick Mudryk since he last played a competitive match on November 23 last year although the player himself says he “Can’t wait to get started.” He did attend Shakhtar’s winter training camp and he feels ready to play.

Klopp blamed for not strengthening midfield

Jurgen Klopp has confirmed that he would not walk away from Liverpool during the terrible time they are experiencing but there would be big changes this summer as he plans to bring in new players.

After the 3-0 defeat to Brighton over the weekend, Klopp described current period as the worst of his managerial career. Klopp has been talking to owners, Fenway Sporting Group, but was told not to discuss the details with anyone.

The club also need a new sporting director. Klopp accepts his midfield will change and Naby Keita and Alex Oxlade-Chamberlain will leave when their contracts expire in June. Jordan Henderson is exhausted after the World Cup tournament combined with the stress and demands of fighting for so many titles last season. Fabinho is in the same tired condition and Thiago Alcantara is not getting any younger.

Many fans and commentators are blaming Liverpool’s poor season on Klopp’s insistence that he did not need to strengthen his midfield at the end of last season. Roberto Firmino and James Milner also have contracts which expire at the end of the season but I am hearing that Klopp will probably give them an extra 12-month deal.

Liverpool’s number one target this summer is Dortmund’s Jude Bellingham but, in the meantime,Klopp is focusing on getting the team back on track and aiming for a Champions League place which he believes is still possible. 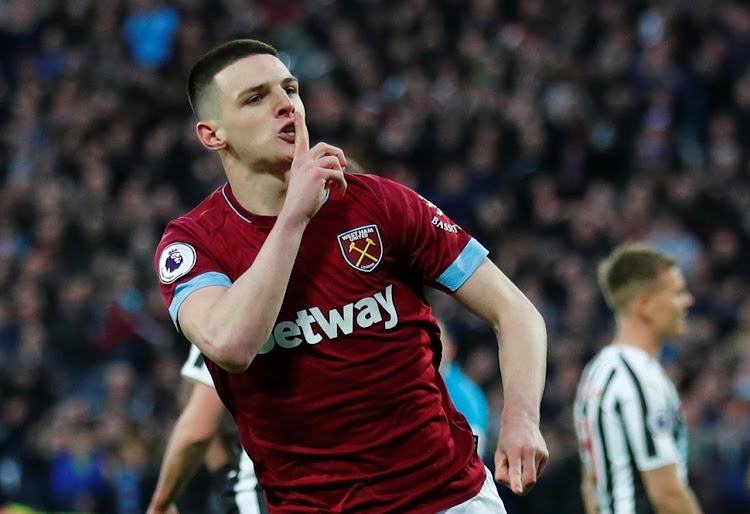 Arsenal have decided that West Ham’s midfielder Declan Rice is their number one target for this coming summer. Despite losing Mykhaylo Mudryk to Chelsea, Arsenal believe they can beat their London rivals to secure Rice’s signature.

Rice is almost certain to be at the centre of a bidding war which could also bring Manchester United to the table. Rice has made it clear he will leave the Hammers and his price will be around £80million. His current contract runs until 2024 although the club do have the right to trigger a further 12 months option.

Rice is determined to play in the Champions League and he will not do that with West Ham but Arsenal are well on the way towards achieving qualification. It is worth pointing out that Rice was at the Chelsea Academy until he was 14 and his best friend is the Blue’s forward Mason Mount.

No player is bigger than the club which employs him. However, Brighton’s Leandro Trossard is attempting to prove that theory wrong. He is currently involved in a war of words with his coach Roberto De Zerbi, who is pulling the strings in a remarkably successful season for the Seagulls.

Trossard’s attitude is worrying the coach, who believes the talented Belgian has to work harder. De Zerbi said after the recent Middlesborough FA Cup match: “The Monday after, I spoke with him and I explained that his attitude was bothering me. I explained his behaviour which I don’t like. I don’t know what the problem is. I want to be clear. I am open to step back and listen to him but he has to understand that I only want players who work hard and play for the team 100 per cent."

"The situation was made worse when a representative for the player issued a statement which said that Trossard has been given the “cold shoulder” and ignored since a training ground incident involving another player during the World Cup break.”

Trossard’s agent claims that the reason his player stopped training hard was because of a calf problem. The feud continues. Tottenham have shown an interest in signing him and De Zerbi has said that a transfer might be the best solution.

I have been very impressed with Shakhtar president Rinat Akhmetiv, who has personally arranged for £20.5million of Mykhaylo Mudryk’s transfer fee to be donated to Ukraine in their fight against the Russian invasion.

Akhmetiv said: “One of the things I look forward to most after our Ukraine victory (against Russia) is Mykhaylo returning with his Chelsea team for a friendly match in the Donbass Arena in a Ukrainian Donetsk.”

Arsenal coach Mikel Arteta believes that midfielder Fabio Vieira will become a valuable member of the first-team squad after a shaky start at the ...
Sports
2 weeks ago

Rabiot, still only 27, has hinted that he will say no to Barcelona and Atletico Madrid and his eyes have turned to Manchester United.
Sports
1 month ago