Now ranked number two in the world, Jabeur has outlined her ambition to go one further as she embarks on her campaign at Melbourne Park.

• Jabeur lost finals to Elena Rybakina at Wimbledon and then Iga Swiatek in New York — defeats that have provided her with added motivation.

• Jabeur has famously spoken of keeping trophy pictures on her mobile phone’s lockscreen to help spur her on to success. 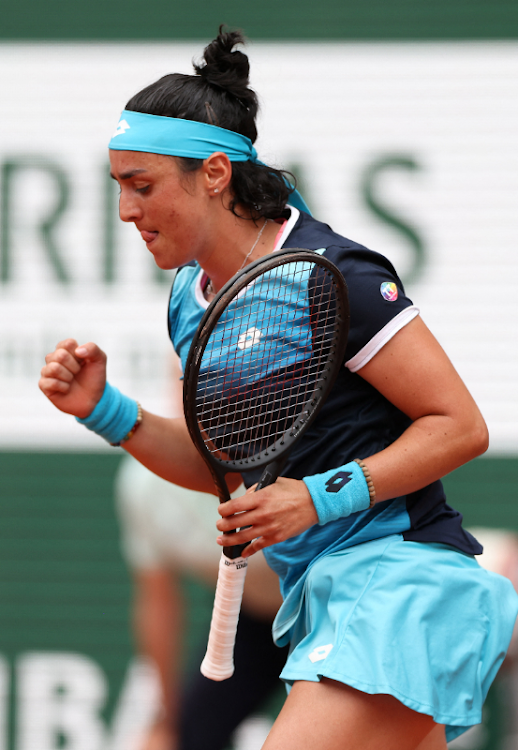 Tunisia's Ons Jabeur reacts during a past match
Image: BBC

Tunisian tennis star Ons Jabeur returns to the Australian Open on Tuesday, determined to finally “get the Grand Slam title” that has so far eluded her.

The 28-year-old missed last year’s event in Melbourne through injury but went on to finish as runner-up at both Wimbledon and the US Open, becoming the first African or Arab woman to reach a Grand Slam singles final in the Open era.

Now ranked number two in the world, Jabeur has outlined her ambition to go one further as she embarks on her campaign at Melbourne Park.

“I want to be number one in the world — not just the number, but also the level and the discipline around it — and I want to win more titles and get the Grand Slam title for sure.”

Jabeur lost finals to Elena Rybakina at Wimbledon and then Iga Swiatek in New York — defeats that have provided her with added motivation.

“I will try to use that experience from last year because it was kind of tough,” she said. “My goal is to not lose any more finals, but just use that to be ready for the next one. The goal as second in the world is to be in the second week, to make finals.”

Jabeur’s first-round match in Australia will be against Slovenia’s Tamara Zidansek — ranked 98 in the world.

Dubbed the ‘Minister of Happiness’ in her home country, where she is seen as an inspiration, the Tunisian knows much is expected of her in 2023.

“I like this kind of pressure. I’m going to put more pressure on myself because I feel like sometimes you just need that to be one of the top players,” she said.

Jabeur has famously spoken of keeping trophy pictures on her mobile phone’s lockscreen to help spur her on to success.

When asked if the Australian Open trophy is the current picture, she gave a coy answer at her pre-tournament news conference.

“It’s always been great for me that I tell you guys what I want to achieve. I tell you my goals. I put it out there and it’s like I make a promise for you guys and I hate to break my promises.”

As for her competition this year in Melbourne, Jabeur says, contrary to opinion, there are not that many contenders for the women’s singles title.

“There are a lot of players to look out for. I can name a few but it’s not that wide open,” she said. “I think five of them could win this Slam for sure, but five is not that open.”

'Amazing week' ends in victory for Djokovic in Australia

Djokovic set to miss US tourneys over Covid-19 requirements

Proof of vaccination will be required to enter the country until at least 10 April but Serbia’s Djokovic has previously said he is unvaccinated.
Sports
1 month ago