Mudryk has scored 12 goals in 44 appearances for Shakthar Donetsk

•Arsenal were in the market for a forward after an injury to Gabriel Jesus.

•Mudryk has made eight international appearances for Ukraine since making his debut in June 2022. 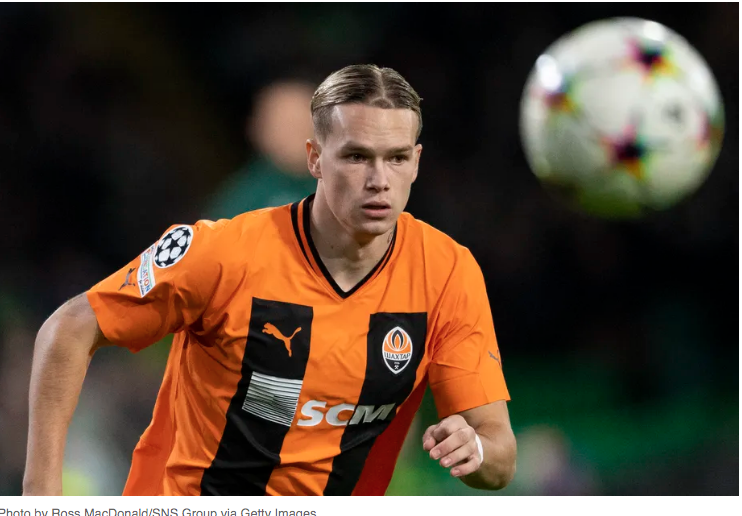 Chelsea have agreed a fee of €70m (£62m) plus add-ons for the 22-year-old, who was a January target for Premier League rivals Arsenal.

A Chelsea delegation met with Shakhtar officials, who say the talks went well.

Mudryk has scored seven goals and made seven assists in 12 league appearances for Shakhtar this season, and has scored three Champions League goals.

Chelsea issued a statement to say they are "discussing terms" with Shakhtar and added: "Should a deal be agreed between the two clubs then the Ukrainian international, who can operate as a winger or a forward, will discuss personal terms with the Blues ahead of a permanent transfer."

Arsenal were in the market for a forward after an injury to Gabriel Jesus. Shakhtar confirmed club president Rinat Akhmetov met with Chelsea co-owner Behdad Eghbali on Saturday to discuss the player's move to Stamford Bridge.

"The parties are very close to the transfer of the footballer to Chelsea FC," Shakhtar said.

Mudryk has made eight international appearances for Ukraine since making his debut in June 2022.