“He is as fit as other players, he is ready for the game,” said Alonso.

• A video went viral on the internet recently that each player of the country’s 26-man squad was unveiled by his hometown folks. 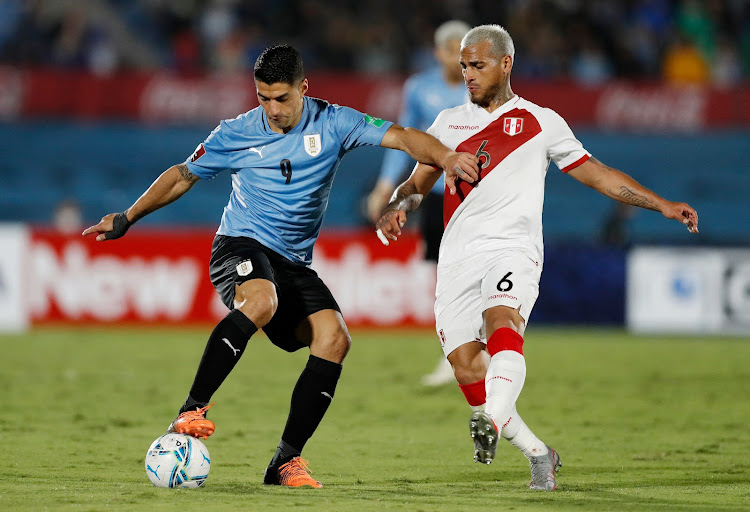 “He is as fit as other players, he is ready for the game,” said Alonso, adding the 35-year-old striker was enjoying the atmosphere of attending another edition of the World Cup tournament.

However, he admitted that he had not yet decided on the starters against South Korea.

“With our strikers, our plan is to put a good performance in the first game. We are very much excited about what we can produce,” said Alonso.

“We have peace of mind because we have goalscoring opportunities, flexibility not only with our strikers, we are good defensively and this will make us a very competitive team,” he added.

Coached in China’s Super League club in 2017, Alonso replaced Oscar Tabarez last November. Speaking of the others’ opinion that he had little experience at the World Cup level, Alonso said everyone is entitled to have their view but he needed to focus on the game with the whole team, particularly the opening game.

A video went viral on the internet recently that each player of the country’s 26-man squad was unveiled by his hometown folks. Speaking of which, Alonso admitted it was a great opportunity to promote Uruguay, as well as a strong single to showcase the bond between players and their people.

“The video was an extraordinary work, and we are also promoting the country through the clip,” said Alonso.

Diego Godin, the 36-year-old veteran as well as captain of the team, told the same press conference that he made a huge effort to deal with pain through difficult situations and now got ready to put on the shirt for his fourth consecutive FIFA World Cup journey.

“We qualified for a new World Cup. My teammate on this boat with a common dream that we all share with the idea to win. And we have dreams and then realized, we will be coming out there to compete from the very first match,” said Godin.

The match is set to take place at the Education City Stadium, with the game kicking off at 4 pm time on Thursday. The two teams are joined in Group H by Portugal and Ghana.

For some football fans, dreams of watching or even attending the World Cup have come true in Qatar.
Sports
1 week ago

Senegal is one of the African countries that are participating in the World Cup games
Sports
1 week ago
Post a comment
by XINHUA
Football
24 November 2022 - 00:00
Read The E-Paper