• “From day one I felt something special being here. I cannot be in a better place,” said Spaniard Guardiola.

• City, the current Premier League champions, are second in the table this season — five points behind Arsenal — and face RB Leipzig in the Champions League round of 16 in February. 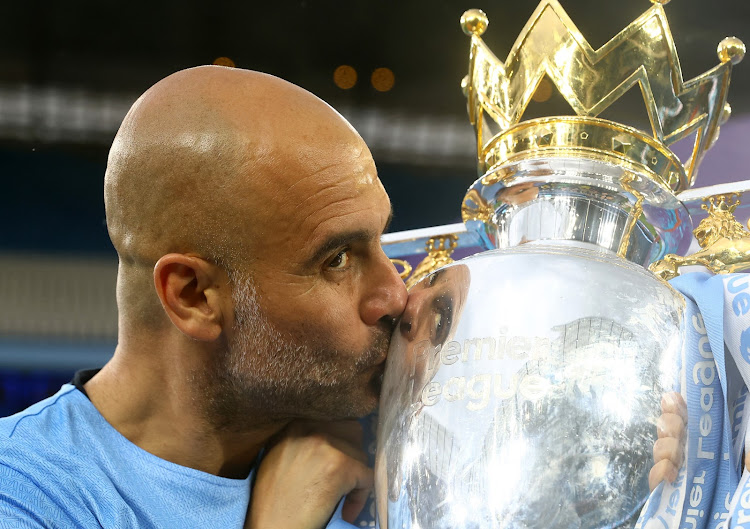 Manchester City manager Pep Guardiola has signed a two-year contract extension that will keep him at the club until 2025.

“From day one I felt something special being here. I cannot be in a better place,” said Spaniard Guardiola. “I am so pleased to be staying at Manchester City for another two years.”

He added: “I can’t say thank you enough to everyone at the club for trusting me. I am happy and comfortable, and I have everything I need to do my job as best as possible.

“I know the next chapter of this club will be amazing for the next decade. It happened over the last 10 years, and it will happen in the next 10 years because this club is so stable. I still have the feeling there is more we can achieve together and that is why I want to stay and continue fighting for trophies.”

City, the current Premier League champions, are second in the table this season — five points behind Arsenal — and face RB Leipzig in the Champions League round of 16 in February.

“He has already contributed so much to the success and fabric of this organisation, and it’s exciting to think what might be possible given the energy, hunger and ambition that he clearly still has,” said Al Mubarak.

“Under his very special leadership our first team has accomplished so much, whilst continuously playing, and constantly evolving, a City style of football that is admired the world over. Like every City fan, I am looking forward to what lies ahead.”

Guardiola had successful spells as manager at Barcelona and Bayern Munich before he joined City in 2016.

He is Barca’s most successful manager with 14 trophies in four years, including three La Liga titles and two Champions Leagues. He then won three Bundesliga titles in a row at Bayern.

Bury-born Lewis has been with City since he was eight. He marked his full debut by driving home the Blues’ equaliser in their 3-1 group stage win ...
Sports
1 month ago

Haaland was replaced at half-time in a goalless draw against his former club Borussia Dortmund on 25 October because he had a fever and a knock to ...
Sports
1 month ago

Haaland was forced to sit out the visit to Leicester City after suffering a combination of illness and injury that saw him substituted at the ...
Sports
1 month ago
Post a comment
by BBC
Football
23 November 2022 - 14:00
Read The E-Paper