Messi has only this trophy to win to announce himself the best that has ever been.

• Eriksen has lifted the spirits of the Danes and he is expected to guide his team past a Tunisia side that is rather weak heading into this tournament.

• France have played Australia four times and picked two wins in between. 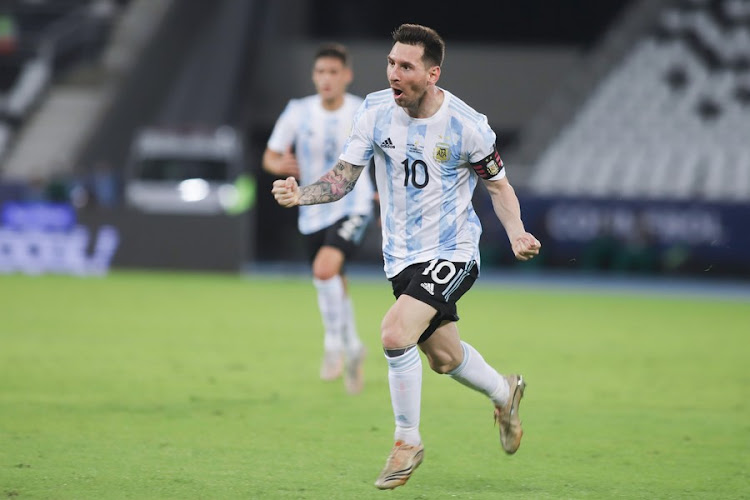 Lionel Messi in a past action
Image: XINHUA

Senegal and Iran lost on Monday, as we had protected, in displays that showed the distinction between European nations and the rest of Africa.

Matchday 3 of the World Cup takes place today with four matches on the cards.

Fans around the world have a chance of watching Lionel Messi in action again as he leads the 2014 losing finalists to yet another attempt at the World Cup.

Regarded as one of the best in world football, Messi has only this trophy to win to announce himself the best that has ever been. The Albiceleste are expected to sweep aside the Green Falcons and expect quite some goals here.

Falcons manager Herve Renard has had quite some success in Africa, winning the Africa Cup of Nations with Cote d’Ivoire and Zambia but this is a different ball game, he has a job of first ensuring that his side is well motivated for this game and perhaps pull an unlikely surprise against a team that is oozing confidence.

Stake your money well here, a heavy scoreline in the pipeline.

The Danes have a good record at the World Cup, remember the days of Jon Dalh Tomasson and the Laudrup brothers? Remember when they whipped Nigeria 4-1 in France, well I expect them to continue with their dominance over African nations.

Christian Eriksen is back and playing some good football for both club and country, he has lifted the spirits of the Danes and he is expected to guide his team past a Tunisia side that is rather weak heading into this tournament.

France have played Australia four times and picked two wins in between. Of course, everyone expects the French to be on course to retaining the World Cup but injuries have really dented their hopes heading into this tournament.

On this day, I expect France to win. 23-year-old Kylian Mbappe is expected to score on this one going by his stats for both club and country. At club level, he already has 12 goals in 13 appearances and that should scare Australia. The Aussies are expected to struggle on this one and if anything to go by, they will be extremely lucky to get a goal.

The hosts who are taking part in this showpiece for the first time take on Ecuador in a match that promises a lot at stake
Sports
1 week ago
Post a comment
by GREG MULEMI
Football
22 November 2022 - 12:18
Read The E-Paper