Sebastian Vettel’s final race ended in disappointment, the four-time champion bemoaning when he felt was a poor strategy from Aston Martin.

• Ferrari chose a one-stop strategy for Leclerc, the same as Red Bull with Verstappen, while Perez stopped twice. 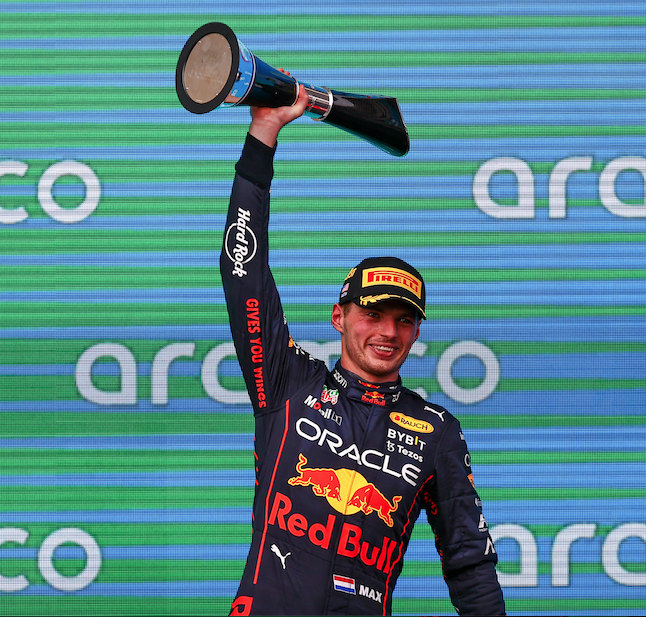 Red Bull’s Max Verstappen won the final race of the season in Abu Dhabi as Ferrari’s Charles Leclerc beat the Dutchman’s team-mate Sergio Perez to secure second in the championship.

Leclerc, who was Verstappen’s title rival earlier this year before Ferrari’s season imploded in a flood of errors and reliability failures, held off Perez on divergent strategies to take second place.

Sebastian Vettel’s final race ended in disappointment, the four-time champion bemoaning when he felt was a poor strategy from Aston Martin.

The fight between Leclerc and Perez made for a tense finish to a race that Verstappen dominated.

Ferrari chose a one-stop strategy for Leclerc, the same as Red Bull with Verstappen, while Perez stopped twice.

That left the Mexican to come back from a 23-second deficit in the final 24 laps if he was to beat Leclerc in a fight that would be decided on whoever finished ahead as they went into the race tied on points.

Perez closed at a second a lap and more for a while, but Leclerc measured his tyres with skill to secure second place in both race and championship - a result many will feel he deserves given he has had an inferior car to Perez for the vast majority of the year.

Lewis Hamilton came as close as he has so far this year to a win, only to succumb to the inevitable and lose out to the Verstappen steamroller in the ...
Sports
1 month ago

A protest by Alonso’s Alpine team against the decision to demote him out of the points after he finished seventh in a damaged car will be heard on ...
Sports
1 month ago

Team principal Christian Horner said that “what is in contention is a couple of hundred thousand dollars” in the team’s financial submissions for ...
Sports
1 month ago