'COACH IS NOT THE PROBLEM'

England’s Dier says it is ‘crazy talk’ to criticise Southgate

Southgate guided England to the semi-finals of the 2018 World Cup and to the final of Euro 2020 last summer.

•But they have not won in their past six matches and were relegated to the second tier of the Nations League.

•However, he was left out of the squad for Euro 2020, before getting an international recall in September. 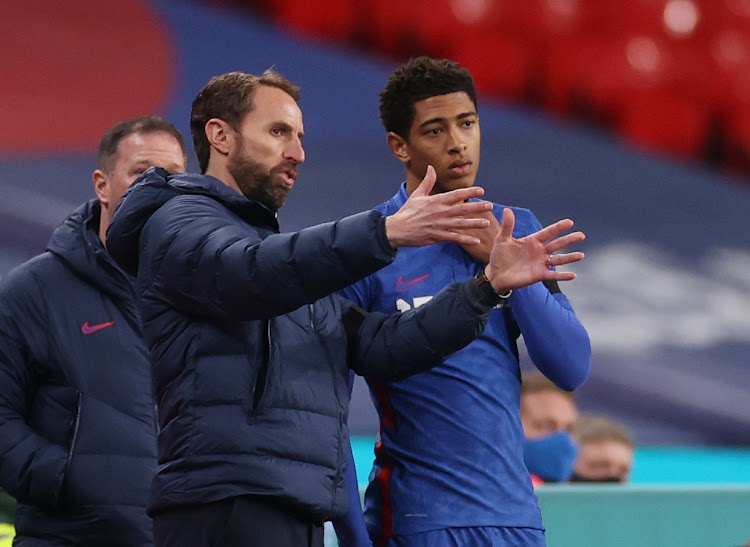 England manager Gareth Southgate with Jude Bellingham during a past match
Image: FILE

Southgate guided England to the semi-finals of the 2018 World Cup and to the final of Euro 2020 last summer.

But they have not won in their past six matches and were relegated to the second tier of the Nations League.

“You’ve got to remember what England was doing before.

“He [Southgate] has taken England to the semi-final of a World Cup and the final of a Euros, and at that point, we are talking about small margins that change the outcome of those results. It is just the world we live in.

“The criticism is crazy after a small run of results considering how England have performed at the last two tournaments, and he was at the forefront of that. That conversation is crazy.”

Dier, 28, was a key member of the squad in Russia at the last World Cup, scoring the winning penalty in the shootout victory over Colombia in the last 16 as England reached the semi-finals, their best performance in a men’s World Cup since 1990.

However, he was left out of the squad for Euro 2020, before getting an international recall in September.

“People ask me if I was upset that I didn’t go to the Euros, and I say ‘it was obviously the right decision because they got to the final’,” added Dier.

Fifa changed its policy two days before the tournament kicks off in Qatar.

Alcohol was set to be served “in select areas within stadiums”, despite its sale being strictly controlled in the Muslim country.

“I’d like to think you can enjoy yourself with or without alcohol,” Dier said on Saturday.

“It’s up to us as a team and every team in the tournament to bring great football, exciting football and that’s what is going to create a great atmosphere in the stadiums.”

People in corporate areas of stadiums at the tournament will still be able to purchase alcohol.

In his news conference on Saturday, Fifa president Gianni Infantino said: “I think if, for three or four hours a day, you cannot drink a beer, you will survive.”

Dier added: “Players and fans feed off each other and we need to be the ones to initiate that with good football.

“The football is the fundamental thing in creating that environment.”

England get their campaign under way against Iran on Monday.

Ramsdale has ‘pinch yourself’ moments

The 24-year-old is first choice at Premier League leaders Arsenal and one of three England goalkeepers in the World Cup squad in Qatar.
Sports
3 weeks ago

The 26-year-old has been charged by the Football Association with 232 alleged breaches of betting rules.
Sports
3 weeks ago

The stadiums were built by migrant workers.
Sports
3 weeks ago
Post a comment
by XINHUA
Football
20 November 2022 - 14:24
Read The E-Paper