Omondi believes a win over Nzoia Sugar at Nyayo Stadium on Saturday could set the season in motion. 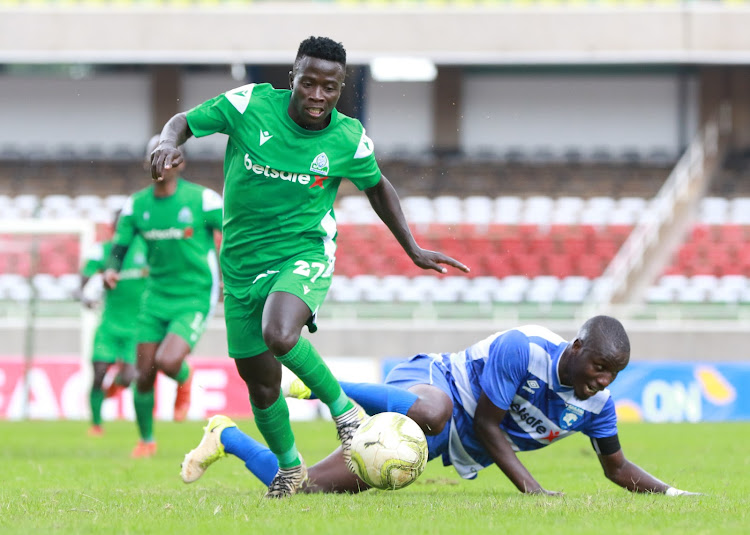 Ahead of their bid for a 20th Kenyan Premier League title, Gor Mahia striker, Boniface Omondi has urged his teammates to get off to a flying start.

Omondi believes a win over Nzoia Sugar at Nyayo Stadium on Saturday could set the season in motion.

“Preparations have been unusually long and I'm glad to see the season finally starting this weekend,” Omondi said.

“I believe a win against Nzoia on Saturday will give us the motivation to win the league this season."

The 19-time Kenyan champions will attempt to finish in a better position than they did last season's fourth place.

"We want to win the league and return to continental football. I believe our fans want nothing more than the championship after failing to win it in the last two seasons.”

This season, the lethal forward hopes to score 10 goals and grab assists as well.

“As a striker, I'm expected to score goals and that's exactly what I intend to do as soon as the season begins,” Omondi said.

In the previous season, the teams finished champion and runner-up, but these titles were annulled last week by the Football Kenya Federation National Executive Committee.

Ulinzi Stars host AFC Leopards in their new state-of-the-art facility at the Langata Barracks. Bandari have a date with Sofapaka at Mbaraki Sports in Mombasa while Vihiga Bullets will lock horns with Wazito at Bukhungu Stadium.

Talanta will dare Kariobangi Sharks at Moi Stadium, Kasarani while Kenya Police have a tough battle against KCB at Kasarani Annex.

Nairobi City Stars will settle scores with Bidco United at the same venue in the second match of the day.

The matches involving APS Bomet and Mathare United have been called off following a case filed by five teams at the Sports Disputes Tribunal on Wednesday.

APS Bomet moved to court after being denied promotion by the FKF National Executive Committee which annulled the preceding season and revoked all promotions and relegation of teams across all tiers.

The development caused consternation in the top tier as clubs feared that the league would be procrastinated further.

FKF, however, moved to allay fears that the whole competition will be halted after releasing a statement on Thursday saying the season would continue as planned.

In a statement on Thursday, FKF said they would only put on hold matches involving the affected teams.

Gor boss defends coach over calls for him to resign

Gor Mahia are set to open their new season's account against Nzoia Sugar at Nyayo Stadium on Saturday.
Sports
2 weeks ago

Rachier presented the proposal on behalf of other members, in what observers believe was a well-calculated move to lock out Nick Mwendwa from ...
Sports
4 weeks ago
Post a comment
by TONNY MBALA
Football
19 November 2022 - 00:00
Read The E-Paper