ROUGH ROAD TO THE TOP

Vinicius Jr has won two La Liga titles and the 2022 Champions League since his move to the Bernabeu in 2018.

• For Vinicius, destiny and hard work marry up, but to call it a breakout year would be unjust to his previous seasons.

• “A very easy-going kid and very fast on the field but very shy off it. He didn’t speak much but on the field he was freed,” says Carlos Eduardo Abrantes. 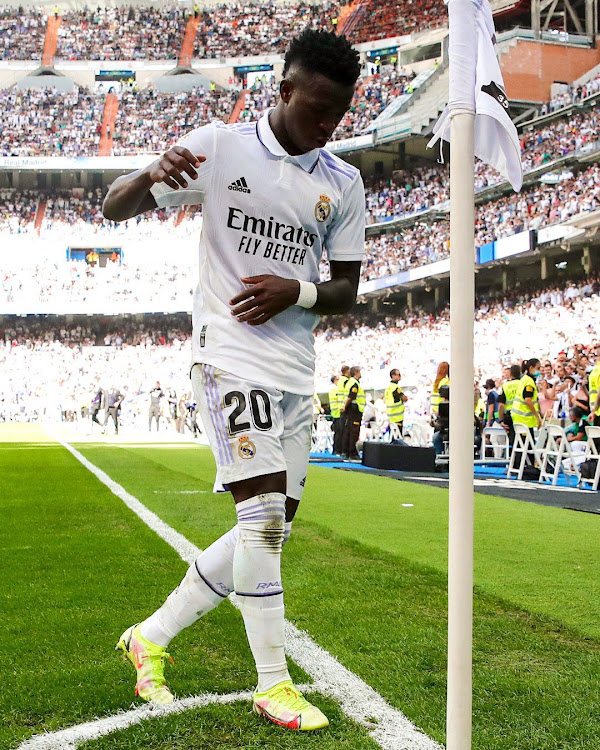 Scoring in a Champions League final and being described by your childhood icon as the best in the world was not a bad way end to end the 2021-22 season for Vinicius Jr.

Not only did the Real Madrid forward win his second La Liga title, but he won his first European crown thanks to his second-half goal against Liverpool in the Champions League final in Paris.

The accolades did not stop there, with Paris St-Germain forward and Vinicius’ Brazil team-mate Neymar telling TNT Sports Brazil that the then 21-year-old was the best player in the world last season.

For Vinicius, destiny and hard work marry up, but to call it a breakout year would be unjust to his previous seasons. Many have known his talent from an early age — that is why Real signed him for £38.7m, a record for a player under the age of 19.

Yet life has not always been easy in Spain, nor since his upbringing in Sao Goncalo, a district of Rio de Janeiro.

“A very easy-going kid and very fast on the field but very shy off it. He didn’t speak much but on the field he was freed,” says Carlos Eduardo Abrantes.

Also known as ‘Cacau’, Abrantes is director at the Escolinha de Flamengo in the Mutua neighbourhood - one of many schools the top-flight club have throughout Brazil - where Vinicius honed his craft both in an educational and football sense.

Cacau, whom many credit with finding Vinicius, told AS: “There is a lot of poverty. It’s a city that needs a lot of public investment and does not get much.

“In our school, he arrived at six years of age. From the first training sessions, he drew attention from people; he trained with guys older than him. At seven years of age he was playing against nine-year-olds and with a lot of skill.

“His parents got him everything. They are so important in his career.” 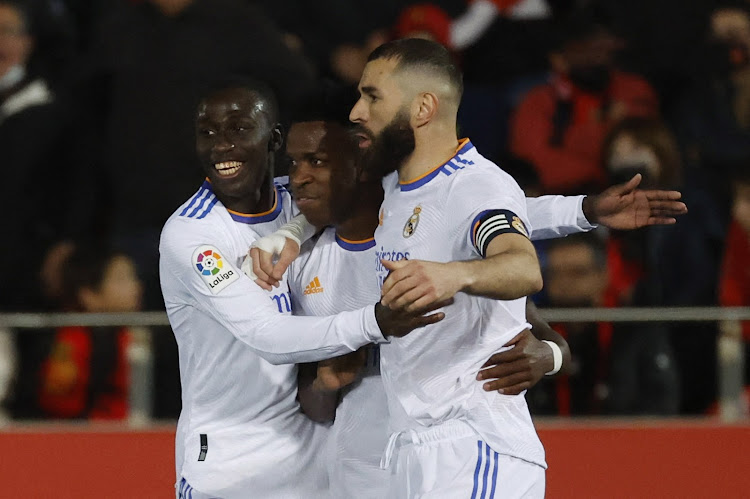 Born to father Vinicius Sr and mother Fernanda, Vinicius Jr’s journey has not just been an upward trajectory. There was a time when futsal was the path a young ‘Vini’ was going to take, but at the age of nine Flamengo told him to return the next year after an unsuccessful trial.

In that year a love of football over futsal pushed him to try out for Flamengo’s youth side — and he made it.

Vinicius Sr would have to get a job in Sao Paulo to help provide for his family, while Fernanda would make the 70km journey with Vinicius from the family’s neighbourhood to Flamengo’s training facility, Ninho do Urubu, also known as the ‘Vulture’s Nest’.

Eventually, Vinicius moved in with a relative closer to the training facility and he made his debut for Flamengo against Atletico Mineiro.

“He still had the look of a ball boy who had wandered on to the field in those 10 minutes in the Maracana,” South American football expert Tim Vickery said after watching the game.

Yet Real Madrid had seen enough and, after a hugely impressive Under-17 South American Championship win for Brazil, where Vinicius finished as the tournament’s top scorer and best player, they decided to sign him.

The deal was agreed a year before his July 2018 unveiling and when he was 16 and had played only 17 minutes of senior football.

If signing for Los Blancos was not pressure enough, Vinicius was announced as a Real’s first summer signing four days after they secured their first La Liga title in five years. He was also their first transfer since the end of the club’s ban on signing players. 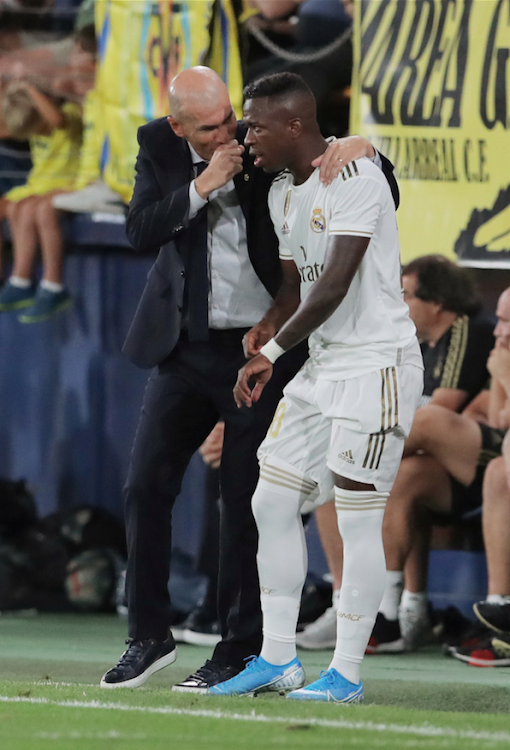 Even more seismic, however, was that by the time Vinicius would be incorporated into the Real set-up a year later, he would be the replacement for Cristiano Ronaldo following his move to Juventus after nine years at the Bernabeu. In a time of transition after manager Zinedine Zidane’s first departure, Vinicius was a shining light.

“He has brought to the side an electricity, a sharpness and bravery they did not have,” Spanish football expert Guillem Balague told BBC Radio 5 Live in 2018. “In my eyes he has got a bit of both Ronaldos.”

But it was not all success in his first season. He made 31 appearances and ended the campaign with four goals and eight assists as Barcelona won the league title.

Vinicius dealt with this adversity and helped Madrid win La Liga the next season, playing 38 times in all competitions.

Brazil defender Dani Alves told Business Insider: “There are some players that are born with the talent and for sure he is one of them. I had the chance to watch him play closely, with the Brazil national team. I’m positive we will see and hear a lot more about him soon.”

Vinicius’ time in Madrid has not been plain sailing, however. In October 2020, during a Champions League group stage game against Borussia Monchengladbach in which Madrid were trailing at half-time, striker Karim Benzema was caught on camera telling team-mate Ferland Mendy not to pass the ball to Vinicius and that “he is playing against us”.

But the incident did not stop Vinicius and he continued to shine, winning his second league title the following season under new manager Carlo Ancelotti as well as the Champions League, avenging Madrid’s semi-final defeat the previous year. In what was an extraordinary campaign for Real last term, particularly in Europe, Vinicius ended the season with 22 goals and 16 assists, playing 52 games.

The win was not without congratulations. 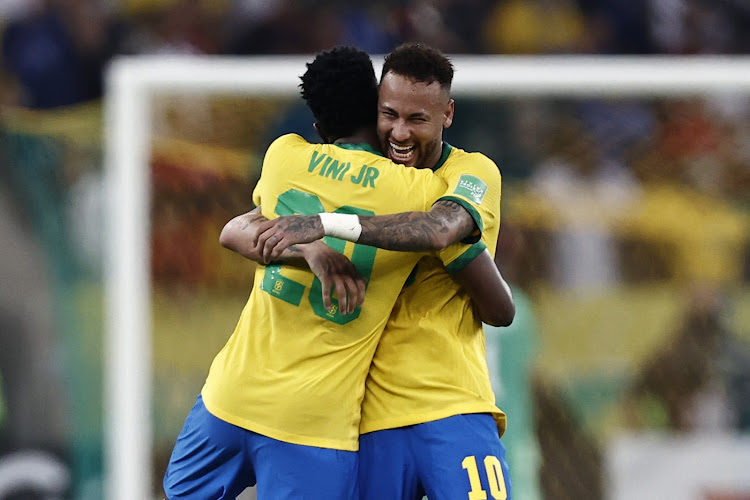 For a man of 22, he is a two-time La Liga winner and Champions League victor, but it is off the pitch Vini where is showing his maturity.

“The happiness of a victorious black Brazilian in Europe bothers them much more.”

This was part of a strongly worded statement delivered by Vinicius the night before a game against city rivals Atletico Madrid.

It came after Spanish football agent Pedro Bravo said Vinicius was “acting the monkey” by dancing as he celebrates a goal. Bravo apologised, saying he was using the phrase metaphorically.

Vinicius was the subject of abuse from Atletico fans that was so vile the Spanish prime minister made a statement. It also forced La Liga to file an official report to the state’s anti-violence commission.

Vinicius, who never shies away from social issues, said: “As long as the colour of the skin is more important than the brightness of the eyes, there will be war. I have that phrase tattooed onto my body. I have that thought permanently in my head.” 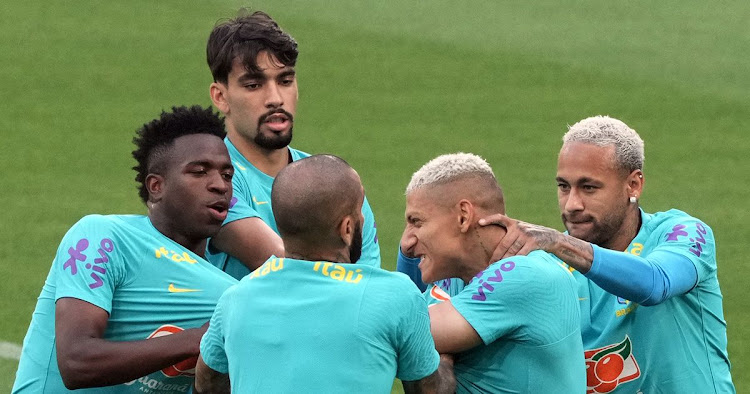 He runs an institute in Rio in his name which aims to give children a chance at education and sport. As a mark of appreciation, his old school in the Mutua neighbourhood is dedicated to him.

Vinicius said: “On and off the pitch I have developed an application to help the education of children in public schools without financial help from anyone. I am making a school with my name. I will do much more for education. I want the next generations to be prepared, like me, to fight against racists and xenophobes.”

Support for Vinicius after the racism he endured came in the form of the hashtag #BailaViniJr. Players from around the world — including childhood idol Neymar, Pele, Ronaldo and Richarlison — used it to demonstrate their support. Last month Arsenal forward Gabriel Jesus dedicated his goal against Brentford to his compatriot.

“They are dances to celebrate the cultural diversity of the world. Accept it, respect it. I’m not going to stop dancing,” Vinicius has said.

If #BailaViniJr is anything to go by, neither will his allies.

Real won at Atletico Madrid on Sunday and some opposing fans allegedly sang racist songs when entering the ground.
Sports
4 months ago

Real Madrid forward Vinicius Junior says “the happiness of a black Brazilian in Europe” is behind criticism of his goal celebrations.
Sports
4 months ago
Post a comment
by BBC
Football
27 October 2022 - 00:00
Read The E-Paper