With a player as good as Casemiro waiting in the wings for his first league start, the temptation must be to partner him with Scott McTominay to give extra protection to his defence.

• Ten Hag has had the intelligence to see what their strengths are and also what they can’t do at the moment - they play out from the back now far less than they did when they lost their opening two games of the season.

• However, with United set up, it is going to be very difficult for them to keep City out. Erling Haaland is at the very top of his game, and seems to score in every game he plays, but they are not just reliant on him. 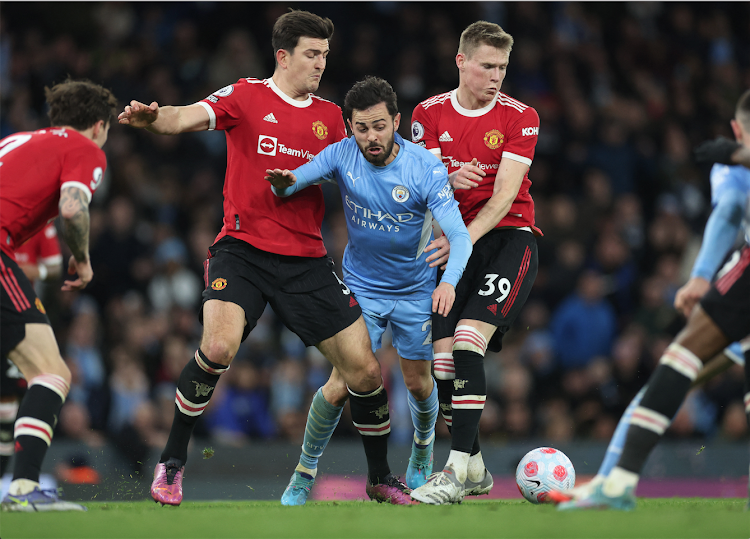 Manchester United’s midfield has played a big part in the recent resurgence by Erik ten Hag’s side— but it is absolutely crucial he gets that area right at Etihad Stadium on Sunday.

Ten Hag has to decide whether he keeps both Christian Eriksen and Bruno Fernandes in there against Manchester City, or chooses a more defensive-minded set-up and goes with two proper holding players this time.

With a player as good as Casemiro waiting in the wings for his first league start, the temptation must be to partner him with Scott McTominay to give extra protection to his defence.

But if Ten Hag does that and leaves one of his more creative players out, then if United lose he will be asked why he changed a winning team and didn’t go for it more.

I think Ten Hag will stick with Eriksen and Fernandes because of how well they’ve been playing but if he doesn’t change anything and loses, then he will face similar questions. People will say why bring in Casemiro and not use him in a game like this?

United’s dilemma has partly been created by Scott McTominay’s brilliant form, on top of Eriksen and Fernandes’ performances.

McTominay has been sitting deeper, alongside Eriksen, in a defensive role and has done so well that he has kept Casemiro out of the team since he signed from Real Madrid in August.

We already knew McTominay had the athleticism and the energy for that position, but what I’ve been really impressed by recently is the discipline he has shown too.

In the games I’ve watched, the amount of balls he has cleared in his own box has been phenomenal. He is tremendous at spotting danger and getting back to help his centre-halves.

He really has got better, it’s like he has taken to the role. I just don’t think he can do it on his own against a team as good as City though.

Midfield is a place where City will dominate.

Midfield is clearly a key area in any game, but even more so when you play City— firstly because of their superb quality, but also the amount of possession they have.

When you go to Etihad Stadium, you are always going to be doing more defending than attacking. And if you are constantly defending for long periods, you have to be in a defensive mindset - which is not the case with Eriksen or Fernandes.

That’s not a criticism or me thinking they are lazy, it’s just saying what they are—creative footballers who like to go forward and cause damage. They are both better with the ball than without it.

You could argue the same about Kevin de Bruyne and Bernardo Silva for City too, but because they will have so much possession on Sunday, they will spend far less time defending.

Also, De Bruyne and Silva have been playing for Pep Guardiola for a number of years now and their defensive capabilities have got better and better. In particular, the pressing and tracking of runners that Bernardo does is just exceptional for a player of his quality.

But even if Eriksen and Fernandes could match that side of their game— and they can’t — I’d still argue that because United will have much less of the ball they will need more midfielders in there who are defensive-minded nearly all of the time.

I just don’t see how midfield doesn’t become a place where City dominate, so instead of matching them, United have to focus on stopping City from hurting them. That’s where Casemiro comes in.

If United get something, it will be a big deal

However, with United set up, it is going to be very difficult for them to keep City out. Erling Haaland is at the very top of his game and seems to score in every game he plays, but they are not just reliant on him.

The whole City team look comfortable with the way they are playing, and my feeling is they will have too much for United. They will find a way through because they have got creativity all over the pitch. To get something out of the game, United will probably have to score first and then defend brilliantly.

They like playing on the break and have had some joy playing that way against City in recent seasons so it is not unthinkable that they can defend in numbers and cause problems on the counter - but I do think it is unlikely.

What helps United’s chances is the positivity around them at the moment. I think everyone can still see how they are heading in the right direction, and that won’t change if they lose this derby.

Ten Hag has had the intelligence to see what their strengths are and also what they can’t do at the moment - they play out from the back now far less than they did when they lost their opening two games of the season.

The turnaround since then has been incredible. If someone had told me after I saw United lose 4-0 at Brentford in August that, by the time they played City in October, a win would put them two points behind the defending champions with a game in hand, I’d have said there is no chance they would be that close.

When you think about where they have come from, then if United do get something out of this game, it will be a very big deal.

It will affect the way opposing teams view them because people will start to think ‘United are back, but the most important benefit would be the confidence it would bring their own players.

For them to go on a run as they have done, beat Liverpool and an in-form Arsenal side and then even just avoid defeat against City, it would be massive to take into their next few fixtures.

I’m not saying it would mean they can compete for the title or anything like that, because that gap won’t be bridged so quickly and United will still have their bad days.

But this is a big moment for them. Their belief will be growing anyway and even a point against City would give the whole mindset of the squad an even bigger boost at the start of a very busy month.

Haaland seemingly breaks records every time he steps on the pitch for City, with 14 goals in his first 10 games before the international break.
Sports
2 months ago
Post a comment
by DANNY MURPHY BBC
Football
30 September 2022 - 21:00
Read The E-Paper