Sports CS Ababu vows to transform the industry in Kenya

Ababu faces a Herculean task of resolving the impasse between the government and Fifa.

•Ababu previously served in the sports docket under the late President Mwai Kibaki who appointed him in 2012.

•His most notable achievement in office then was the enactment of the Sports Act 2013. 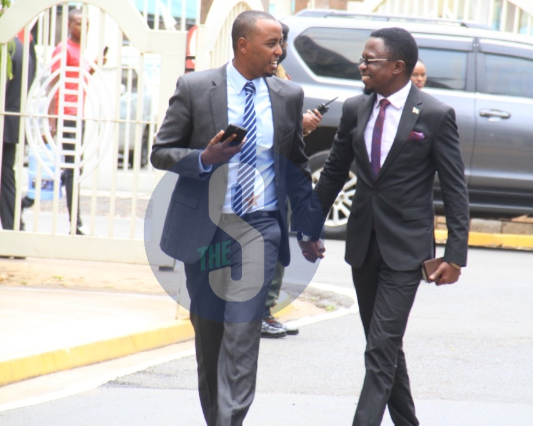 Sports Cabinet Secretary nominee, Ababu Namwamba, has promised to revolutionize sports in the country as soon as he gets down to work.

The former Budalangi MP emerged from the shadows to land a plum job in the Kenya Kwanza administration as Youth Affairs, Sports, and the Arts Cabinet Secretary.

His appointment came to light after President William Ruto made his Cabinet appointment at State House, Nairobi on Tuesday.

Ababu is not entirely unfamiliar with the labyrinth of his new task, having previously served in the sports docket under the late President Mwai Kibaki, between 2012-2013.

His landmark achievement during his brief stint in the Party of National Unity government was the enactment of Sports Act 2013.

“On January 9, 2013, as then Minister for Sports and Youth, I concluded in Parliament the journey of enacting the Sports Act that targeted to revolutionise Kenyan sports,” Ababu said.

“Nine years later, subject to parliamentary approval, am ready to help complete the revolution as CS Youth, Sports and the Arts,” he added.

Ababu hailed President Ruto for entrusting him with the responsibility.

“My sincere appreciation to Your Excellency President William Ruto for the confidence and faith in nominating me to serve as Cabinet Secretary for Youth Affairs, Sports and Arts,” Ababu said.

Ababu served as the Chief Administrative Secretary (CAS) of the Ministry of Foreign Affairs prior to his appointment on Tuesday.

He is expected to step into the big shoes of Amina Mohamed who served in former President Uhuru Kenyatta's administration since March 2019.

Ababu faces a Herculean task of resolving the impasse between the government and the world football governing body, Fifa.

On the eve of his appointment on Monday, Ababu said there was need to engage the world football governing body, Fifa to resolve the existing standoff that has locked Kenya out of the international stage.

“Harambee Stars stand banned by Fifa from international football since Feb 25, 2022. They are missing out on Afcon 2023 qualifiers among other competitions,” he tweeted.

“Fifa should be robustly engaged to resolve the impasse even as this ban period is smartly used to reinvigorate local football.”

Fifa sent Kenya packing from the international arena after the government expelled the Nick Mwendwa-led Football Kenya Federation and appointed a caretaker committee to run football in the country last November.

Mbarak described Namwamba as an honest, law-abiding citizen who fits the role he has been nominated for.

“It gives me the honour and pleasure to extend my sincere congratulations and warmest wishes to Honorable Ababu Namwamba on his appointment as the CS for Sports,” Mbarak said.

Mbarak said he had faith the new CS would resolve the current standoff between the government and the world football governing body, Fifa.

“We believe that he is the right person to solve the football impasse in the country and restore the lost glory of our game," Mbarak said.

“If the current situation is not confronted with the vigour it deserves, then our future generation will have nothing to be proud of,” Mbarak said.