EYES ON THE CROWN

Odhiambo said the arrival of a shirt sponsor was likely to change the tide and boost the fortunes of the club. 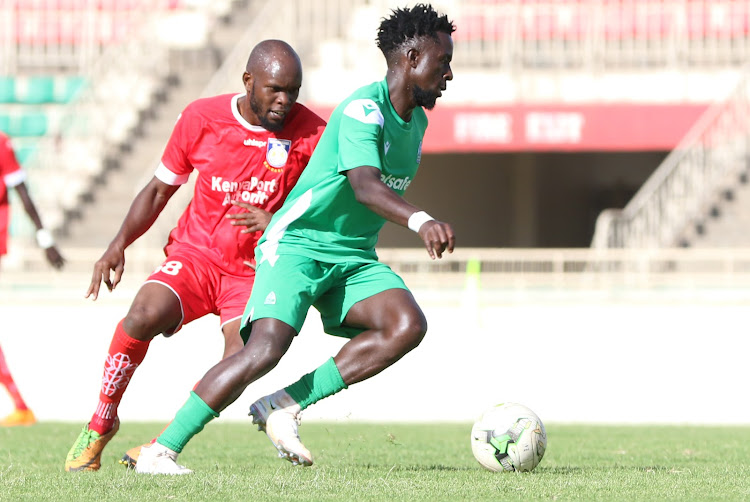 In an exclusive interview, Odhiambo said the arrival of a shirt sponsor was likely to change the tide and boost the fortunes of the club.

“With the new sponsors on board, I believe there is a lot of motivation in the camp and we hope to perform better than last season,” Odhiambo said.

“Last season was a difficult one for us all. There was a lot of pressure from various sources on us to perform but the situation we found ourselves in made it almost impossible to post meaningful results,” he said.

Odhiambo, who has soaked in fame for dazzling opponents with his scintillating footwork, asked fans to be patient with players who may at times fail to live up to expectations.

“Players need to feed well and stay away from all other pressures brought about by financial problems. Fans always demand results and hardly care what players go through to perform," Odhiambo said.

Odhiambo tipped K'Ogalo to thrive under head coach Jonathan McKinstry who was appointed on July 29.

"We will most definitely succeed under the new coach. I like his philosophy that emphasizes attractive football. The players are responding well to his sessions.”

Odhiambo joined Gor Mahia in October last year from their bitter rivals AFC Leopards. Odhiambo decamped to the side after snubbing an earlier offer.

K'Ogalo brought him on board to plug in the hole left by former skipper Kenneth Muguna who joined Tanzania Mainland League heavyweights Azam FC. Odhiambo had previously featured for Mathare United.

Gor Mahia are the most successful club side in Kenya's history, having won the top-flight title a record 19 times. They have also clinched the FKF Cup a record 11 times.

Gor wrote history when they became the first East African country to bag the Africa Cup Winners’ Cup in 1987.

They wrapped up second in the same competition in 1979 and managed a quarterfinals berth both at the CAF Champions League (1969, 1992) and CAF Confederations Cup (2018-19) respectively.

They dominated Kenyan football between 2013 and 2020, winning seven out of eight KPL titles.

However, the traditional Kenyan giants who currently place 41 in the latest rankings by the continental football governing body, Cafe, have experienced a rough patch in the last two seasons.

They settled for an eighth shock finish last season after wrapping up in third in the preceding one.