“I thought the fans were tremendous again,” said Page.

• Sunday’s game against Poland was Wales’ final fixture before flying to Qatar for their first World Cup in 64 years so, for the capacity crowd at Cardiff City Stadium, this was their chance to give the team a send-off befitting their achievement.

• Robert Page and his players brushed off the disappointment of defeat and embarked on a lap of honour, walking slowly to take in the applause and show their appreciation to the thousands who had stayed behind. 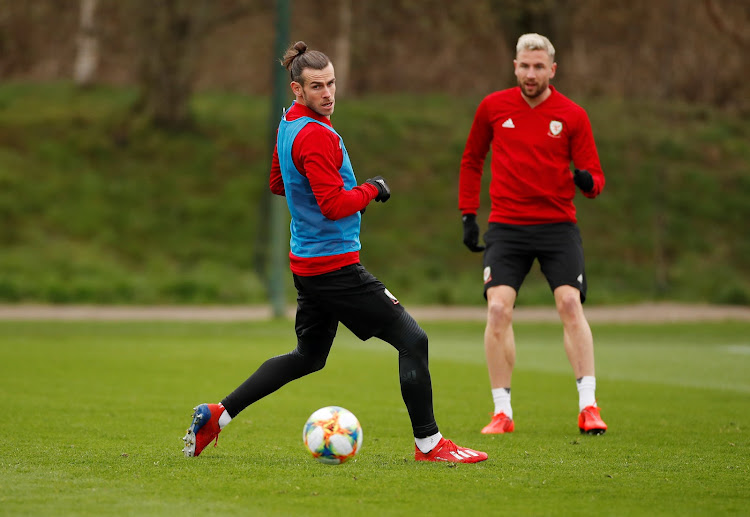 On a balmy summer evening at the Amsterdam Arena in 2014, Wales’ players felt like uninvited guests at a party as they watched their opponents celebrate with fans after the final whistle, oceans of orange shirts raising their beers to toast the Dutch national team before they flew to Brazil for the World Cup.

For the Netherlands, a footballing nation steeped in World Cup history, this pre-tournament revelry was ritualistic. For Wales, by contrast, major tournaments had come to resemble exotic antiques of a past so distant it was almost inconceivable.

On Sunday, the moment was theirs. Since that evening in Amsterdam, Wales have qualified for three out of four tournaments, having failed to do so since 1958 before then.

These are halcyon days for Welsh football. Sunday’s game against Poland was Wales’ final fixture before flying to Qatar for their first World Cup in 64 years so, for the capacity crowd at Cardiff City Stadium, this was their chance to give the team a send-off befitting their achievement.

Yes, this was a Nations League game and an important one with top-flight survival at stake but, when future generations cast their minds back to 2022, it will serve as a mere footnote. Victory would clearly have made the occasion all the better but, even after losing to Poland, there was cause to celebrate.

Robert Page and his players brushed off the disappointment of defeat and embarked on a lap of honour, walking slowly to take in the applause and show their appreciation to the thousands who had stayed behind.

For many fans this was a last chance to see their side for some time; the extortionate costs of travelling to and staying in Qatar mean the Red Wall will not be able to support their team in their usual numbers at the World Cup.

“I thought the fans were tremendous again,” said Page. “They stayed behind at the end and they’ll be hurting, nobody wants to lose games of football, but the bigger picture is we have qualified for a World Cup.

“I appreciate their support throughout and to see the players off to Qatar. The next time they see us will be in Qatar. Credit to the supporters - we really appreciated it.”

Page has until 13 November to select his final 26-man squad for Qatar and, although he has previously suggested the majority of those places have already been decided, there are still a few remaining dilemmas. Wales have more strength in depth than ever, thanks to Page’s readiness to pick fringe players and young, emerging talents in Nations League matches against quality opposition.

Expanding the player pool is imperative for Wales, whose resources are dwarfed by those of their top-tier rivals, but it does mean Page has an increasing number of difficult decisions to make.

Take the midfield as an example. Dylan Levitt, Matt Smith, Sorba Thomas, Wes Burns and Euro 2016 squad member Jonny Williams have all featured in this Nations League campaign and started the opening game in Poland in June. However, it might be that as few as two of them make it to the World Cup.

There could be some notable omissions in attack as well with squad regulars such as Tyler Roberts, Rabbi Matondo and Mark Harris competing for back-up spots.

“You’ve just got to be honest with players,” Page said. “You’re not going to please everybody. I’m already dreading [selecting] the 26 for the World Cup because we’ve got so many great players in the group of 30 or 32 players, and more.

“That’s the hard part of the job. We’ve got a great group. They know it’ll be nothing personal when I have to make those decisions, but it is difficult keeping them all happy.”

For balance, it should be mentioned that Hungary’s superb run continued with a 1-0 win over Germany in Leipzig on Friday
Sports
2 months ago

Page’s previous deal was set to expire after the 2022 World Cup.
Sports
2 months ago

William and Harry to walk behind Queen's coffin to Westminster Hall

A service lasting about 20 minutes will then be led by the Archbishop of Canterbury.
News
2 months ago
Post a comment
by Dafydd Pritchard BBC
Football
27 September 2022 - 00:00
Read The E-Paper