For the first time since the World Cup started in 1930, there will be an all-African coaching cast for teams from the continent at the global finals in Qatar.

• “To have trust in African coaches is massive and shows a great sense of growth on the continent that must be sustained,” Mosimane told BBC Sport Africa.

• Mosimane, 58, led Al Ahly to back-to-back Champions League triumphs after joining in 2020, in addition to his previous success in the competition with Mamelodi Sundowns in 2016. 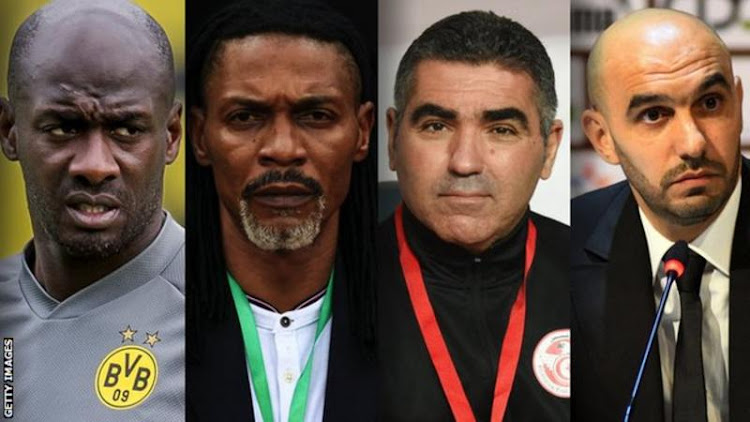 An African team will break the World Cup semi-finals barrier if the continent places more faith in its own coaches, according to Africa’s most decorated club coach Pitso Mosimane.

For the first time since the World Cup started in 1930, there will be an all-African coaching cast for teams from the continent at the global finals in Qatar.

The appointment of Walid Regragui as Morocco manager last month, to replace Vahid Halilhodzic, means all five African qualifiers will be handled by a local coach, barring any sudden change of heart by football federations.

“To have trust in African coaches is massive and shows a great sense of growth on the continent that must be sustained,” Mosimane told BBC Sport Africa. “This is not a campaign against foreign coaches but applause to the decision-makers in our national associations.

“A lot of people ask why African teams have not gone beyond the last eight or contested for the World Cup title itself, and I believe this is a big step to get there.

“Africa can definitely break that semi-final barrier if we back our own coaches who truly understand the mentality, cultural challenges and methods required to perform.”

Just three African sides have reached the quarter-finals of the World Cup before; Cameroon in 1990 under Valery Nepomnyashchy (Soviet Union, now Russia), Senegal in 2002 coached by Frenchman Bruno Metsu and then Ghana in 2010 with Serbia’s Milovan Rajevac.

The debate over a lack of opportunity for African coaches in their own countries has long been a passionate one, with many believing federations tend towards foreigners when appointing a national coach.

But opting for homegrown coaches this time is a significant swing in favour of locals, who have been long overshadowed by coaches from Europe and South America at the finals. 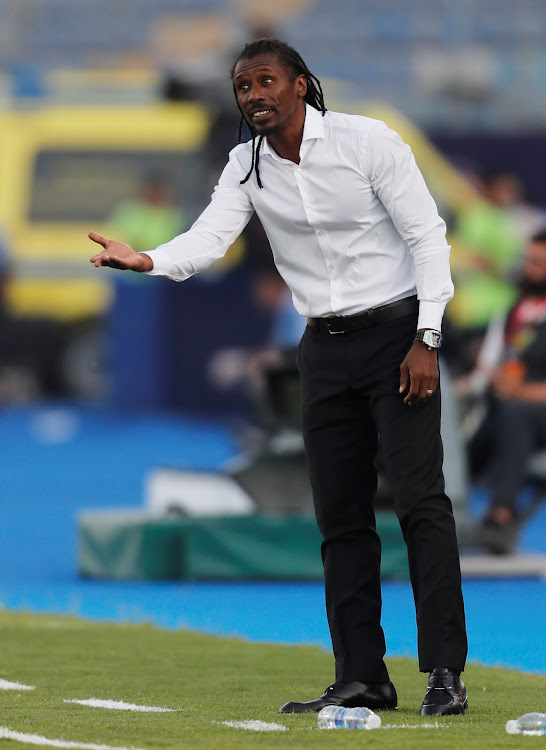 Senegal coach Aliou Cisse during a past match
Image: FILE

Rise and rise of indigenous coaches

There has been a significant rise in the number of African coaches making their mark on their own continent.

Capped 45 times by Morocco, Regragui, who turns 47 on Friday, takes over the Atlas Lions after a successful season in the Moroccan top flight, where he led Wydad to the African Champions League and a domestic title.

Former Senegal captain Cisse has been in charge of the Teranga Lions since 2015 and the 46-year-old helped the West Africans to a maiden continental success early this year before qualifying them for a second successive World Cup appearance.

Kadri, 50, oversaw the defeat of Mali in the play-offs to seal Tunisia’s sixth finals appearance after taking charge following their last-16 exit at this year’s Nations Cup.

After playing in four World Cups for Cameroon, Song was named the Indomitable Lions coach in February and secured their record eighth qualification for the global finals following a play-off win over Algeria.

The former centre-back, 46, is set to become the second Cameroonian, after the late Leonard Nseke in 1994, to guide the Central African nation at the global showpiece event.

Addo played for Ghana at the 2006 tournament, and the 47-year-old took charge of the Black Stars after their group-stage exit from the Nations Cup in January. He led the side to World Cup qualification for the first time since 2014 after beating fierce rivals Nigeria on the away goals rule.

“Our coaches going to the World Cup are qualified and adequately prepared for the role because it is not beyond their ability,” said Mosimane. “I know my brothers Aliou and Walid very well because we shared classes during our (Confederation of African Football) Pro license course. They’ve both proven themselves on the job and attained the highest coaching certificates as well.

“Rigobert needs no introduction in world football before taking over in Cameroon, while Otto has shown the managerial calmness to lead Ghana. Kadri has done well for Tunisia to get them to the tournament.

“Nothing is impossible in football and because of their foundation and local knowledge, they are more than capable to lead their respective countries at the World Cup.”

Big boss as the pioneer

One of African football’s best-known figures, ex-Super Eagles captain Stephen Keshi remains one of only two men to win the Africa Cup of Nations as a player and a coach.

He is the only African to qualify two different nations to the World Cup finals — Togo in 2006 and Nigeria in 2014 — and gained success where Europeans, often employed at great cost, have failed.

At the finals in Brazil in 2014 he led Nigeria to the second round, and Keshi remains the only African coach to appear in the knockout phase of a World Cup. Keshi, who died aged 54 in June 2016, had hit out at Africa’s reliance on foreign coaches, saying it was killing the game in Africa and that they are given more time than their native counterparts.

Overall, Africa’s premier football event — the Nations Cup — has been won by a local coach on 16 occasions, with foreign coaches triumphing 17 times.

That success rate has equipped Mosimane to dispel long-held beliefs that the status of African coaches remains low and they do not get the same respect from players as a foreign coach.

“What Keshi did by beating foreign managers on his way to continental success was to break that notion of an African coach,” he added. “He also laid the foundation for others to follow. I think his round of 16 achievement also set the tone globally.

“The last two winners of the Nations Cup are Africans [Djamel Belmadi of Algeria and Cisse of Senegal] which shows that most African coaches are as qualified as their foreign counterparts.

“It is ridiculous that people continue to hold on to the belief that only foreigners are good for African teams. These coaches also played for top teams in Europe and elsewhere — they are exposed to modern ideas and deserve the respect of our players, fans, media and other cynics.”

Mosimane, 58, led Al Ahly to back-to-back Champions League triumphs after joining in 2020, in addition to his previous success in the competition with Mamelodi Sundowns in 2016. 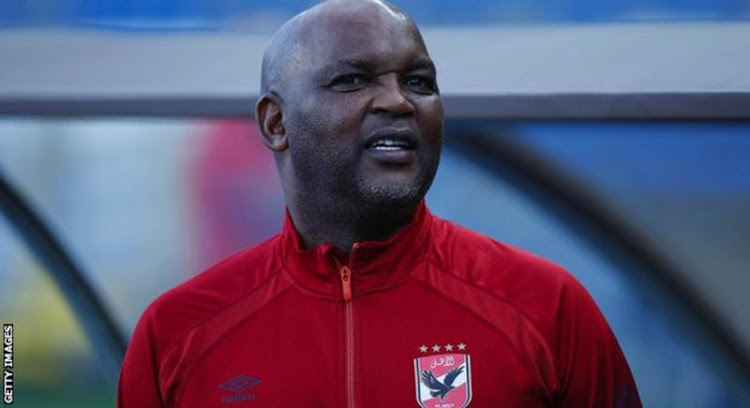 Of the five national sides that represented Africa at the 2018 World Cup finals, only Senegal and Tunisia had local coaches – Cisse and Nabil Maaloul.

While no African team made it past the group stage in Russia, Mosimane believes the continent’s sides often suffer from poor preparation and avoidable distractions.

“A coach needs to focus on the tactical and technical aspect of the game and should not be burdened with transportation, hotels and bonus issues,” he added. “At the World Cup, the national associations must do more to prepare our teams properly and help them avoid distractions and global embarrassments.

“African nations sometimes appoint coaches few months before a World Cup and expect them to perform miracles. The teams we are competing against prepare well, they invest heavily, are not distracted by little things like bonuses and that is the mentality needed to compete.”

Ghana and Tunisia will get a strong test over the international break when they both face Brazil, while Morocco take on South American opposition in Chile and Paraguay. Cameroon travel to South Korea while Senegal will also play fellow World Cup qualifiers in Iran.

Come 20 November, when the tournament begins, all eyes will be on Africa’s quintet of coaches waiting to see if one can make history for the continent and reach the semi-finals. They have, at the very least, been given the opportunity to succeed on international football’s biggest stage.

Post a comment
WATCH: The latest videos from the Star
by Oluwashina Okeleji BBC
Football
23 September 2022 - 00:00
Read The E-Paper