Neal Maupay scored the only goal to give Everton their first victory of the season and keep the Hammers in the bottom three. 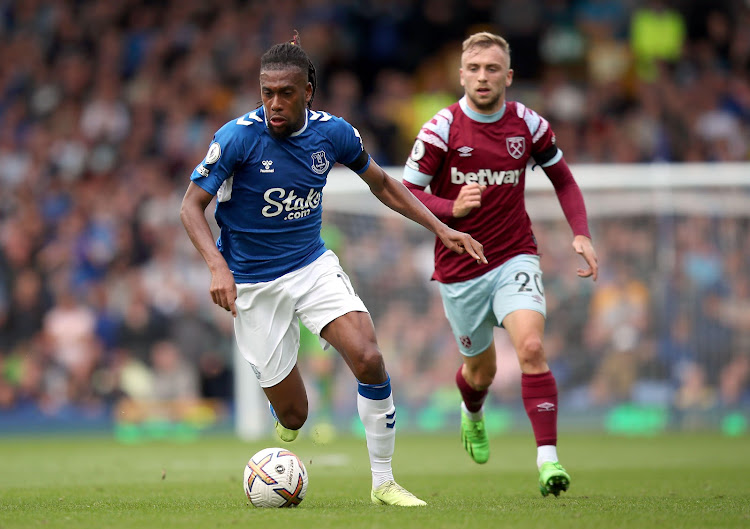 Everton and West Ham started the day level on points near the bottom of the Premier League, but the mood has been dramatically altered around both clubs by the Toffees’ 1-0 win.

Neal Maupay scored the only goal to give Everton their first victory of the season and keep the Hammers in the bottom three.

Frank Lampard replaced Rafael Benitez as Everton manager last season with the side in a relegation battle — and eventually kept them up.

There was a feeling this season would be better, but it has taken them until 18 September to win a league game, although they are now five games unbeaten after four consecutive draws.

They seem to have solidity at the back, having conceded just six goals in seven games. Brighton, with five, are the only Premier League team to have conceded fewer.

“It’s a win that has been a little while coming. We probably have deserved it somewhere this season already but it hadn’t come,” said Lampard. “We have been hard to beat recently, but we haven’t had that clinical edge in front of goal. Today we had that.

“The new players are settling in well. We are playing a different shape to what we were. It was amazing to stay up like we did last year, but we knew we needed to be more stable defensively. We are far from the finished article, but not conceding too many goals is something we should be proud of.”

Former England defender Jonathan Woodgate told BBC Radio 5 Live: “They look a different side with Idrissa Gueye in the team.”

The Senegal midfielder rejoined Everton from Paris St-Germain before the transfer deadline in August. Jimmy Floyd Hasselbaink, Lampard’s team-mate at Chelsea, said on Sky Sports: “Everton look far more solid this season, more of a unit, harder to break down. You need that first and foremost to get points and from there they can build.

“Frank is building something step by step. They’re still a long way from where they want to be, but we can see what he is doing.”

‘Maybe we draw if Neal isn’t there’

Another key was Maupay’s place in the team and his first goal since his £15m summer move from Brighton.

Everton started the season without a striker after selling Richarlison to Tottenham for £60m and the knee injury of Dominic Calvert-Lewin. Wingers Demarai Gray and Anthony Gordon were the only players to score for them in the league this season until Maupay flicked up Alex Iwobi’s pass and scored with a half-volley against West Ham.

“It’s a fantastic goal, a goalscorer’s goal,” said Lampard. “The first touch is clinical and it’s not easy to keep it tight and get your shot away. You rely on that feeling of a striker and we maybe draw that game if Neal isn’t there.

“There were times in games with that bit of clinical finishing, we would have got more points.”

Maupay told Sky Sports: “I know my job — I have to score. That’s why they brought me in. I needed that goal as I haven’t played much.”

Liverpool legend Jamie Carragher said: “The big problem for Everton is scoring goals and that is why Maupay was brought in. The first touch was absolutely fantastic and he takes it so early. He surprised everyone with that. In a flash it was in the back of the net.”

West Ham’s start to the season is concerning. They have finished sixth and seventh in the past two seasons - and had a big summer round of recruitment — worth about £150m — as they looked to kick on to the next level.

But the majority of players to start their league games are not new faces. Nine of the XI who lost to Everton were regulars last season.

“I don’t think we’re that far off,” said boss David Moyes. “But we’ve lost that momentum we had for a couple of years. We need to get it back quickly.”

Moyes admits juggling European and domestic football — as they also did last season — may be having an impact. Four of West Ham’s five wins this season have been in the Europa Conference League, including three against Danish sides.

“We want Thursday, Sunday games,” said Moyes. “I wish it was Wednesday, Saturday because we’d be in the Champions League.

“But if you look at [previous seasons], Thursday-Sunday results can be very difficult.”

I no longer listen to criticism, says midfielder Iwobi

“Before I used to take a look and listen out for what people say about me,” Iwobi told BBC Sport Africa.
Sports
1 week ago

The Hammers were controversially denied a 90th-minute equaliser at Chelsea on Saturday after VAR intervened.
Sports
2 weeks ago
Post a comment
WATCH: The latest videos from the Star
by BBC
Football
20 September 2022 - 00:00
Read The E-Paper