IS SON BACK TO HIS BEST?

It led to former Tottenham midfielder Jamie Redknapp telling Sky Sports that Spurs “have got a chance to achieve something”. 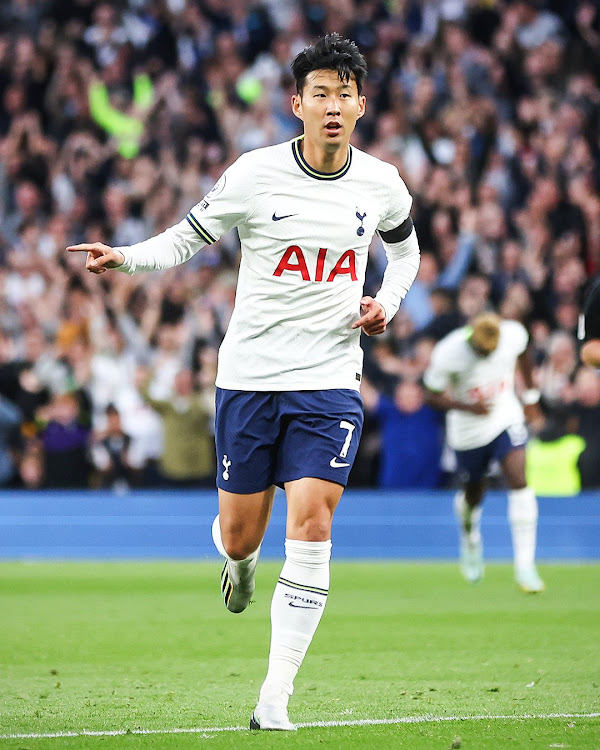 It led to manager Antonio Conte deciding to drop the South Korean forward to the bench for their home game against Leicester City on Saturday night.

But, as the clock reached 59 minutes, Conte turned round and called for the influential 30-year-old, with the game firmly in the balance at 3-2. Less than 30 minutes later it was 6-2 and Son had become the first Tottenham player to score a hat-trick off the bench in the Premier League, with a devastating 13-minute burst.

He curled a right-footed effort into the top corner from 25 yards, before a left-footed strike found the bottom corner from 20 yards and it was rounded off by a deflected shot being given after the video assistant referee overruled an offside decision.

It led to former Tottenham midfielder Jamie Redknapp telling Sky Sports that Spurs “have got a chance to achieve something”.

Until now Son had found the new season “tough”, attempting 17 shots without scoring, but netting for the first time as a substitute since 2017 lifted a lot of weight off his shoulders.

“It was an amazing feeling,” he told BBC Sport. “I couldn’t believe it [when I scored]. All the frustration and what I had, disappointment and negative feeling just went. I couldn’t move so I stood still. It made me really happy.

“Football is crazy sometimes. Sometimes the ball didn’t want to go inside and three times [it did today]. It changes everything. I learned so much in this tough period. I need to work hard every time to get the chance. Three lucky goals and I’m really proud.”

He told Sky Sports he was “emotional” about the support he’d received because he felt like he’d “disappointed” team-mates, fans and coaches so far this season.

Former England defender Matthew Upson was part of the BBC Radio 5 Live commentary team on the game and he said Son “came to prove a point and he has certainly done that”.

While ex-Man Utd striker Dion Dublin told BBC Match of the Day: “We know how good he is, that quality never leaves you. I don’t know why people are doubting him, he has all the quality you could wish for.”

Redknapp added: “They say form is temporary and class is permanent. He is a very, very special player and that is exactly the right way to react.

“It is the perfect example of what to do as a player and you have to say Conte got it right. An amazing cameo. “Everyone treats pressure differently and he has obviously found it hard. You can’t sulk, you have to get on with it. A player sulking can affect how the club is being run and Son has showed the perfect response.”

Conte said he was “really happy” for Son and added that he’d joked with him that “maybe we can repeat this experiment”. Whether it is in the starting XI or off the bench, Premier League defences will have to be aware of Son once again.

We can do much better, says Conte after loss

Spurs had a number of good chances but could not take them and looked on course to earn a point in Portugal.
Sports
1 week ago

“The League can confirm fixtures scheduled for week commencing Monday, September 12 will go ahead as scheduled
Sports
2 weeks ago

Spurs' Richarlison proves he is powerful addition on European bow

Richarlison’s two goals were his first for Tottenham and came on his first appearance in a European competition for any side.
Sports
2 weeks ago
Post a comment
WATCH: The latest videos from the Star
by BBC
Football
19 September 2022 - 00:00
Read The E-Paper