We can do much better, says Conte after loss

Spurs had a number of good chances but could not take them and looked on course to earn a point in Portugal.

• It got better for Sporting as another substitute, Arthur Gomes, hit a fine, low strike to make it 2-0 and hand Spurs their first loss of the season.

• “We could’ve scored, and we tried to win the game, then in the last 10 minutes we can do much better. It’s a pity but it was a difficult game. We tried to get a win but in the end we lost the game. 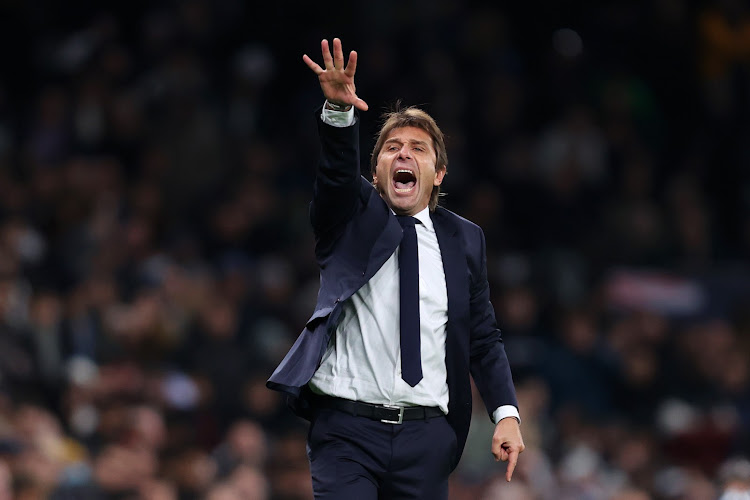 Tottenham conceded two injury-time goals as they slumped to a Champions League defeat against Sporting Lisbon.

Spurs had a number of good chances but could not take them and looked on course to earn a point in Portugal.

However, in the 91st minute Paulinho headed in from Pedro Goncalves’ left-wing corner to put the hosts ahead.

It got better for Sporting as another substitute, Arthur Gomes, hit a fine, low strike to make it 2-0 and hand Spurs their first loss of the season.

Sporting are top of Group D on six points after two victories, with Spurs second on three points. In the other group match, Eintracht Frankfurt won 1-0 against Marseille in France thanks to a goal from Jesper Lindstrom in a game marred by crowd trouble at the Orange Velodrome.

Before the match, Sporting coach Ruben Amorim said Tottenham have “one of the best attacks in the world” but for the first time in their eight matches this season, Spurs could not find a goal.

Richarlison scored twice in a 2-0 home victory over Marseille last week and the Brazilian had a number of chances to put his side ahead.

In the first half he had a shot blocked by ex-Liverpool defender Sebastian Coates, headed at goalkeeper Antonio Adan and put the ball in the net after rounding Adan, but was judged offside when collecting Harry Kane’s through pass.

Richarlison also had chances in the second half but twice put his efforts just wide. Tottenham, third in the Premier League, dominated the start of the second half against their hosts, seventh in the Portuguese Primeira Liga.

Emerson Royal twice had shots saved by Adan, who also made an excellent stop at full stretch to parry Kane’s powerful angled strike. Ivan Perisic also headed just wide and produced an excellent low cross which Kane was just unable to get on the end of.

Spurs’ catalogue of misses proved costly as Sporting scored twice inside three minutes of second-half injury time to secure their second Group D win after beginning their campaign with a 3-0 victory over Eintracht Frankfurt.

Frustrated Tottenham boss Antonio Conte, who has lost nine of his 19 Champions League away games as a manager, said: “Difficult result and when you lose the game you’re not happy.

“We could’ve scored, and we tried to win the game, then in the last 10 minutes we can do much better. It’s a pity but it was a difficult game. We tried to get a win but in the end we lost the game.

“We had two or three situations that we can do much better in but now we have to rest and think about the next game in the Premier League.”

Sporting’s side included ex-Tottenham player Marcus Edwards and the 23-year-old was backed to contend for a place in England’s World Cup squad after an impressive performance.

“He’s very strong between the lines. He was very confident for this game. He knew personally some of Tottenham’s players,” said Sporting coach Ruben Amorim. “He has the characteristics, he has the talent. He can make it into the England national team.”

Edwards had been with Tottenham’s academy since the age of eight and when he was a teenager was once compared to Argentina forward Lionel Messi by then-Spurs boss Mauricio Pochettino.

In 2019 he left north London and joined Portuguese side Vitoria de Guimaraes before moving to Sporting Lisbon in the summer. Edwards scored one and made one in Sporting’s 3-0 win over Eintracht Frankfurt in the first round of Champions League games and again was a constant threat with his dribbling ability.

After only seven minutes he set up ex-Wolves midfielder Pedro Goncalves, whose low shot was pushed wide by Hugo Lloris.

Edwards then produced a superb run in first-half injury time that saw him dance past a number of defenders only for Lloris to make an excellent save to keep out what would have been one of the goals of the season.

But the late goals from Paulinho and Gomes ensured Edwards would be on the winning side against his former team.

Spurs' Richarlison proves he is powerful addition on European bow

Richarlison’s two goals were his first for Tottenham and came on his first appearance in a European competition for any side.
Sports
2 weeks ago

Spurs are level on 10 points with champions Manchester City in the top-flight table after winning three of their opening four games.
Sports
3 weeks ago
Post a comment
WATCH: The latest videos from the Star
by BBC
Football
15 September 2022 - 00:00
Read The E-Paper