Mwendwa complicated the already delicate situation in Kenyan football after announcing on Friday, that he would seize the leadership of FKF once again.

•Shikanda said his club would only participate in activities organised by the Transition Committee.

•The AFC Leopards honcho pledged to deliver the title to their adoring fans after a 20-year drought. 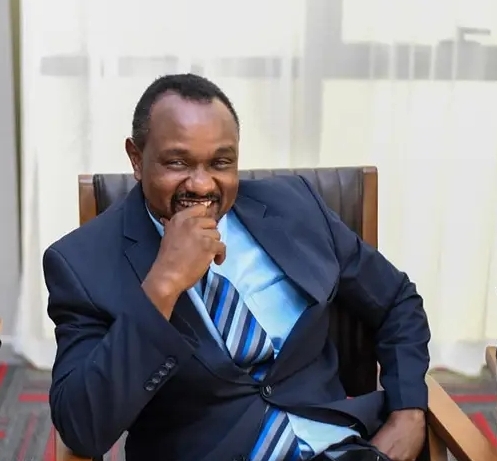 AFC Leopards chairman Dan Shikanda has said they will only participate in competitions managed by the Football Kenya Federation (FKF) Transition Committee.

Shikanda was weighing in on a prolonged standoff between the government-sanctioned Committee and an opposing camp comprising officials drawn from FKF branches across the country.

Kenyans have lately been reduced to mere spectators as the two warring factions continue to flex muscles in a fierce battle of supremacy on the local football front.

In a recent statement, the group opposed to TC hinted at the possibility of the country witnessing two parallel topflight leagues next season.

The group was protesting Sports Cabinet Secretary Amina Mohamed's decision to extend the life of the Football Kenya Federation (FKF) Transition Committee for another two months.

It consequently asked local clubs not to participate in competitions managed by the Transition Committee.

In a statement signed by chairman Robert Macharia, the committee said it will provide further guidance in the coming days.

“We shall advise on the 2022/2023 KPL season kickoff and modalities of the FKF leagues. We feel the pain of investing in non-progressive leagues in the country and we shall do everything possible to ensure investors get the value for their money,” the statement read.

The 13-member FKF Management Committee said they were acting in their capacity as the General Assembly which is still in existence despite the government's decision to disband FKF.

However, in an exclusive interview on Monday, Shikanda said his club would only participate in activities organised by the Transition Committee.

“We've been playing under the FKF Transition Committee and we are not ready to take instructions from anyone else, Shikanda said.

“We've been told the league is scheduled to start on September 24 and that's what we are preparing for,” he added.

About a statement made by expelled FKF president Nick Mwendwa on Friday, Shikanda said they would rather focus on playing football than engaging in unnecessary politics.

Mwendwa complicated the already delicate situation in Kenyan football after announcing on Friday, that he had seized the leadership of FKF once again.

Mwendwa is on record having written to Fifa president Gianni Infantino on Thursday, saying he was gearing up to resume office after being expelled in November last year by Sports CS.

“It doesn't bother us who takes charge of the federation. All we want is to play football. All in all, we know where Kenyan football is and how we got there,” Shikanda said.

“The country has already moved on and it wouldn't be wise to take it back to where it was simply because a certain group wants to get rid of an existing one,” Shikanda said.

Shikanda pledged to deliver the title to their adoring fans after a 20-year drought.

Post a comment
WATCH: The latest videos from the Star
by TONY MBALLA
Football
13 September 2022 - 05:00
Read The E-Paper