EFL fixtures to return from Tuesday

Tributes will be paid to the Queen — who died on Thursday — at grounds, with a minute’s silence to be held before matches and the national anthem played.

• It added: “Consideration to individual circumstances will be made on a case-by-case basis, in line with standard match Safety Advisory Group protocols.” 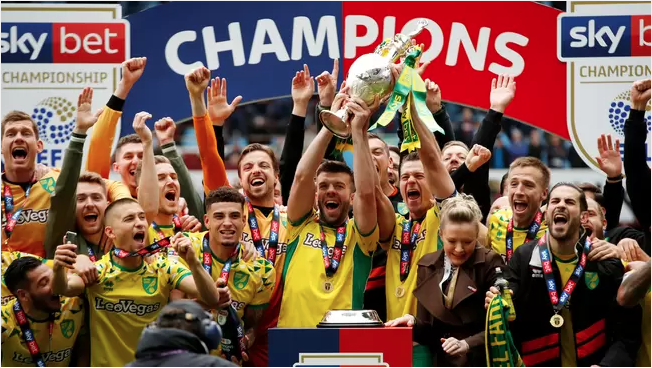 English Football League fixtures will return from Tuesday after football paused as a mark of respect following the death of Queen Elizabeth II.

Tributes will be paid to the Queen — who died on Thursday — at grounds, with a minute’s silence to be held before matches and the national anthem played.

Black armbands will be worn and flags will be flown at half-mast. All English, Welsh and Northern Irish football and senior Scottish football was postponed over the weekend.

National League fixtures will go ahead from Monday, but the Premier League is yet to make an announcement about the games to be played between 16 and 18 September. In a statement, the EFL said it would “continue to work with forces in respect of any challenges that may emerge regarding policing of specific fixtures”.

It added: “Consideration to individual circumstances will be made on a case-by-case basis, in line with standard match Safety Advisory Group protocols.”

There are six Championship fixtures scheduled for Tuesday, alongside full programmes in League One and League Two. There are then six more Championship matches on Wednesday. Policing games could be a factor in decisions if forces are redeployed to London before the Queen’s state funeral on September 19.

On Sunday a spokesperson for the National Police Chiefs Council said: “UK Policing is working closely with other organisations to ensure events are held safely and with the appropriate security.

“Following the decisions of the Premier League and English Football League to cancel this weekend’s matches, we will work with football clubs to try and ensure that, where possible, football fixtures can take place safely when balanced against the requirement to support national events and deliver day-to-day policing.

“This is a unique situation and we are working closely with everyone involved.”

European football governing body Uefa is satisfied all security needs around the game will be met. It is still unclear whether Arsenal’s Europa League game against PSV Eindhoven on Thursday will take place as planned. Around 3,000 PSV fans are expected at the game, which will require a significant police presence.

Uefa has already moved Rangers’ Champions League home game against Napoli from Tuesday to Wednesday, “due to the severe limitations on police resources and organisational issues related to the ongoing events surrounding the national mourning for Her Majesty Queen Elizabeth II”.

Meanwhile, Tottenham have confirmed their Champions League game away to Sporting Lisbon on Tuesday is “going ahead as planned”, while Liverpool are hosting Ajax at Anfield on the same day and Celtic travel to Poland to face Shakhtar Donetsk on Wednesday.

Manchester City’s Champions League home game with Borussia Dortmund on Wednesday is due to go ahead, as is Manchester United’s Europa League game with Sheriff Tiraspol in Moldova on Thursday. In the Europa Conference League, West Ham are away to Danish side Silkeborg on Thursday, while Hearts travel to Latvian side Rigas Futbola Skola.

“The League can confirm fixtures scheduled for week commencing Monday, September 12 will go ahead as scheduled
Sports
1 week ago

Ten top-flight matches were scheduled across Saturday, Sunday and Monday.
News
2 weeks ago
Post a comment
WATCH: The latest videos from the Star
by BBC
Football
13 September 2022 - 00:00
Read The E-Paper