Mbarak took issue with Mwendwa's announcement early Friday, where he claimed to have seized the leadership of FKF once again.

•Mwendwa wrote to Fifa president Gianni Infantino on Thursday, saying he was gearing up to resume office after being expelled in November last year by Sports Cabinet Secretary Amina Mohamed.

•Mbarak told Mwendwa off, blatantly asking him to forget the FKF presidency. 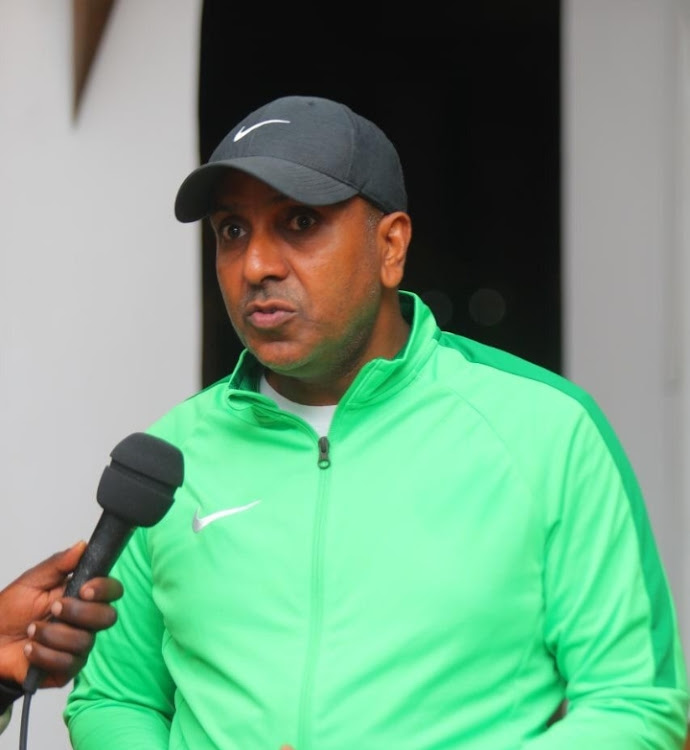 Mbarak took issue with Mwendwa's announcement early Friday, where he claimed to have seized the leadership of FKF once again.

Mwendwa wrote to Fifa president Gianni Infantino on Thursday, saying he was gearing up to resume office after being expelled in November last year by Sports Cabinet Secretary Amina Mohamed.

But in a terse reaction on Friday, Mbarak told Mwendwa off, blatantly reminding him to forget the FKF presidency.

Mbarak told Mwendwa to allow the Transition Committee enough room and space to do their job without further interference.

“Mwendwa challenged the dissolution of the FKF in the High Court and the court gave its verdict that the CS acted by the constitution of the land,” Mbarak said.

“It's unfortunate Mwendwa is acting in contempt of court orders which he challenged.

“By claiming FKF leadership, Mwendwa is operating illegally against the Sports Act and in contempt of court,” Mbarak pointed out. Mbarak claimed that Mwendwa cannot be entrusted with the same office he allegedly abused during his tenure.

“FKF was dissolved due to claims of corruption and was not enrolled by the Registrar for failure to comply with the Sports Act as required by the Constitution of Kenya. In that regard, FKF stands dissolved,” Mbarak said.

Mbarak called out Mwendwa for cunningly invoking the name of president-elect William Ruto for selfish gains, adding it was one of his vain attempts to hoodwink the country.

“He should not send the wrong signal to the new government under his Excellency President William Ruto who is known to condemn corruption. We believe Ruto will fix the mess Mwendwa left behind in football,” Mbarak said.

“We as stakeholders are going to take legal actions against him for purporting to run the affairs of the federation. He should carry his cross,” Mbarak said.

He now wants football administrators to draw important lessons from the woes that befell the Mwendwa administration.

“Poor administration has resulted in the disbandment of KPL, affected the smooth running of our leagues, and interfered with the goodwill of the sponsor,” Mbarak observed. Kenya, he said, should borrow a leaf from other countries.

Mbarak advised the FKF Transition Committee to hand over the management of the top-tier league to the Kenyan Premier League (KPL) Limited which can restore its lost glory.

He said such a move would attest to the government's desire to ease off the existing impasse.

“The Sports CS Ambassador Amina Mohamed was forced to intervene in a bid to restore sanity and deal with the rot of looting in the local federation,” he claimed.

“However, her good intention rubbed the world governing body of the game the wrong way forcing them to suspend Kenya from their activities.”